As any experienced parent knows, every developmental stage brings not only new skills that delight, but often difficult behaviors that challenge. The first time that most parents realize this fact is when their sweet baby becomes a “terrible” toddler. Below is a summary of some of the typical, but difficult behaviors that appear in this transition from infancy to preschool-age.

One of the first words that many young children learn to say is “no”. Parents of toddlers may be confused because the toddler meets even offers of a treat with a resounding “no”. A useful frame is to understand typical toddler negativity as a sign of an emerging sense of self. The toddler is slowly learning that he or she can have an opinion and that it does not have to be the same as the one held by adults. This realization is frequently shown by refusing requests and offers made by the adult. Clever parents quickly learn tricks such as ignoring the “no” or avoiding it altogether by offering two choices.

Many young children, especially those who are just gaining speech skills, demonstrate behavior that seems “aggressive” to adults. These types of behaviors are common in children between ages two and three years. Aggressive behaviors occur because young children have limited ability to convey their needs and frustration in words; physical means are easier for them and often effective in making desired point, such as “I don’t want this” or “I am mad at you”. Parents of children who struggle with these behaviors should make a point to teach alternative behaviors or to provide supports that help with communication, such as sign language. After three years, adults should see the behaviors gradually recede, often as skill in communicating verbally grows.

I’ll do it myself!

Another common sign of a toddler’s growing sense of self is a preference for doing things independently. Unfortunately, the toddler’s eagerness to do tasks may be out of balance with his or her actual capacity to do the behavior. For example, a toddler may prefer to self-feed and refuse the spoonful of yoghurt the parent offers, even though he or she likes and wants to eat the food. The savvy parent will offer the toddler a spoon of their own to hold during mealtime; slow down the meal and let the child practice, even if it is messy. Watch for other signs of your child’s emerging interest in self-care, such as removing clothing or interest in tooth brushing and look for ways the child can share the responsibility with you.

Sometimes things just get to be too much and a full blown tantrum ensues. Younger children can become overwhelmed with too much stimulation, being overtired, or just frustrated with a boundary or inability to do something. Many young children have quick tantrums a few times per week and brief protests even daily are not unusual. Tantrums that last 3 to 5 minutes and are easily resolved with parental soothing are not a concern. When tantrums are intense, long-lasting (over 30 minutes), occur multiple times per day, include hurting oneself or others or involve destruction of possessions, and are not resolved with comfort by the parent, may require additional help or supports outside of the family.

How does all this play out when the child has a craniofacial difference? Most children move through this phase of development in a time frame that mirrors that of his or her peers. For children with developmental delays or those who require many medical procedures or hospital stays, the stage may occur at an older age or may take longer to negotiate. Consult the members of the Cleft and Craniofacial Clinic at Riley at IU Health for support and referral if you have questions about your child’s journey through the “terrible twos”. 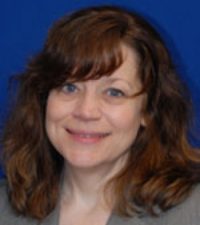 Dr. Tomlin sees patients upon referral to Riley’s Child Development Center. She is chair of the Indiana Association of Infant and Toddler Mental Health. She has served as a speaker and facilitator for educational activities sponsored by the Cleft and Craniofacial Clinic for both children and parents.

The Sertoma Club of Broad Ripple recently donated $2500 to the Cleft and Craniofacial Clinic to...

Through the Eyes of the vonDeilen-Curtis Fellow in Craniofacial Surgery

Dr. Michael Friel was the vonDeilen-Curtis Fellow in Craniofacial and Pediatric Plastic Surgery for...