EVS team member “D” was beloved on 5W, but now he has a new role

As an EVS worker on 5W, Dearrell Higgins wasn’t one to stay in the shadows. He brought sunshine on many a cloudy day for patients and parents dealing with cancer.

“All the families knew him and looked forward to seeing him every day,” said Lynn Lawson, clinical nurse manager for the Cancer Center at Riley Hospital for Children.

That’s because Higgins forged connections with pediatric patients as he went about cleaning their rooms, often sweeping up hair lost during chemotherapy treatment, giving each room and each patient special attention.

“I wanted to make sure the patient as well as the parent was comfortable,” he said. “Some parents are here for months and it’s like their home. They have enough to worry about.”

Known as “D,” Higgins has a smile and a word of encouragement for everyone he meets. But last month, the 27-year-old said goodbye to many of his friends on the unit. It was time for a new chapter in his story.

Higgins is among the first graduates of IU Health’s Career Development Program, a partnership with Wayne Township Schools that launched at the beginning of this year. It was through that program that he advanced into a new role at Riley in the Sterile Processing Department. 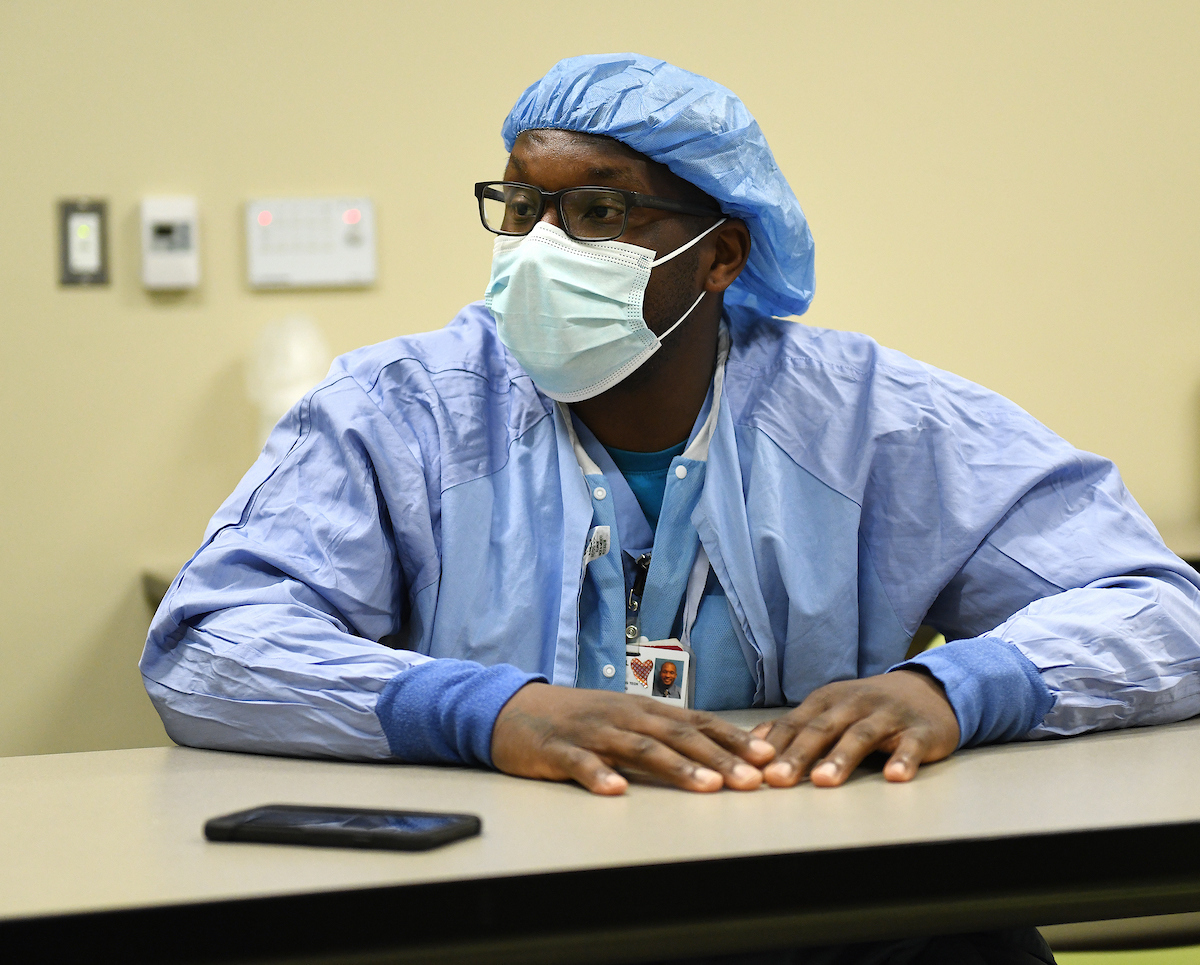 As an athlete growing up in Chicago, Higgins hoped to turn that passion into a career, but instead he transitioned into health and fitness and became a gym rat. He’s still a fitness buff and finds his work in healthcare to be a good complementary career.

Moving from EVS, where he interacted with patients and families every day, to sterile processing, where he works in the Riley basement sterilizing instruments used in surgical procedures, has been a change for sure. But Higgins finds the positive in every situation.

“What I love about sterile processing is knowledge. Every day you learn something new,” he said. “What fascinates me here is the process of using the tools. It gives me a different perspective on how things work in the hospital.”

He jokes that he has started learning “doctor talk,” and admits to often looking up medical phrases and abbreviations to get a better idea of what people are talking about. He was awed by observing his first surgery, something he never thought he would be able to do.

“It was fascinating. The main thing I focused on was the tools, how they had to be set up, how everything had to be in order.”

It gave him a sense of how important his job is in the big picture – delivering safe care to patients like those he’s gotten to know up on 5W.

His manager in sterile processing said Higgins is motivated and interested in learning about the department.

“We’re happy to have him,” Joy Laughlin said. “It helps that he came through the career development program because he definitely learned the basics of the department and can put into practice what he learned in class.”

Riley teacher Peggy Green got to know her friend “D” last winter on 5W. He saw her coming out of the stairwell after she had climbed from the first floor to the fifth, something she does routinely, and asked how many steps she got in.

“He’s into working out,” she said with a laugh. “He’s just a very friendly, outgoing person. Everybody loved having him on the unit.”

As the two talked more over several weeks, Higgins told her about the night classes he was taking in Wayne Township as part of the Career Development Program. They talked about his goals, and she soon became one of his biggest fans.

“He’s upbeat and it’s inspirational to see him do this,” Green said. “He often talked about the rigor of it, and I kept telling him, ‘You’re gonna make it!’”

In addition, 12- to 15-week training courses to become certified clinical medical assistants, sterile processing technicians and pharmacy technicians are available at no cost to IU Health team members who want to train for new roles.

Kristin Wikel, manager of the Riley School Program, was eager to share news of the educational partnership program last winter, but then COVID-19 hit and most of the classes shifted to virtual learning. Currently, team members pursuing GEDs are still meeting virtually, while those on the career pathway track have returned to in-person classes at Ben Davis High School.

“I was so excited to be part of the pilot and to be working on this project because my whole heart and my whole energy is focused on helping others through education,” she said.

She learned from her father, a Lithuanian immigrant born in a refugee camp after World War II, the value of education and she has made it her life’s work.

Her father’s trajectory in life changed because a high school coach took an interest in him, she said, and his subsequent success influenced her life profoundly.

“That’s why I became a teacher. We can help shape futures through education.” 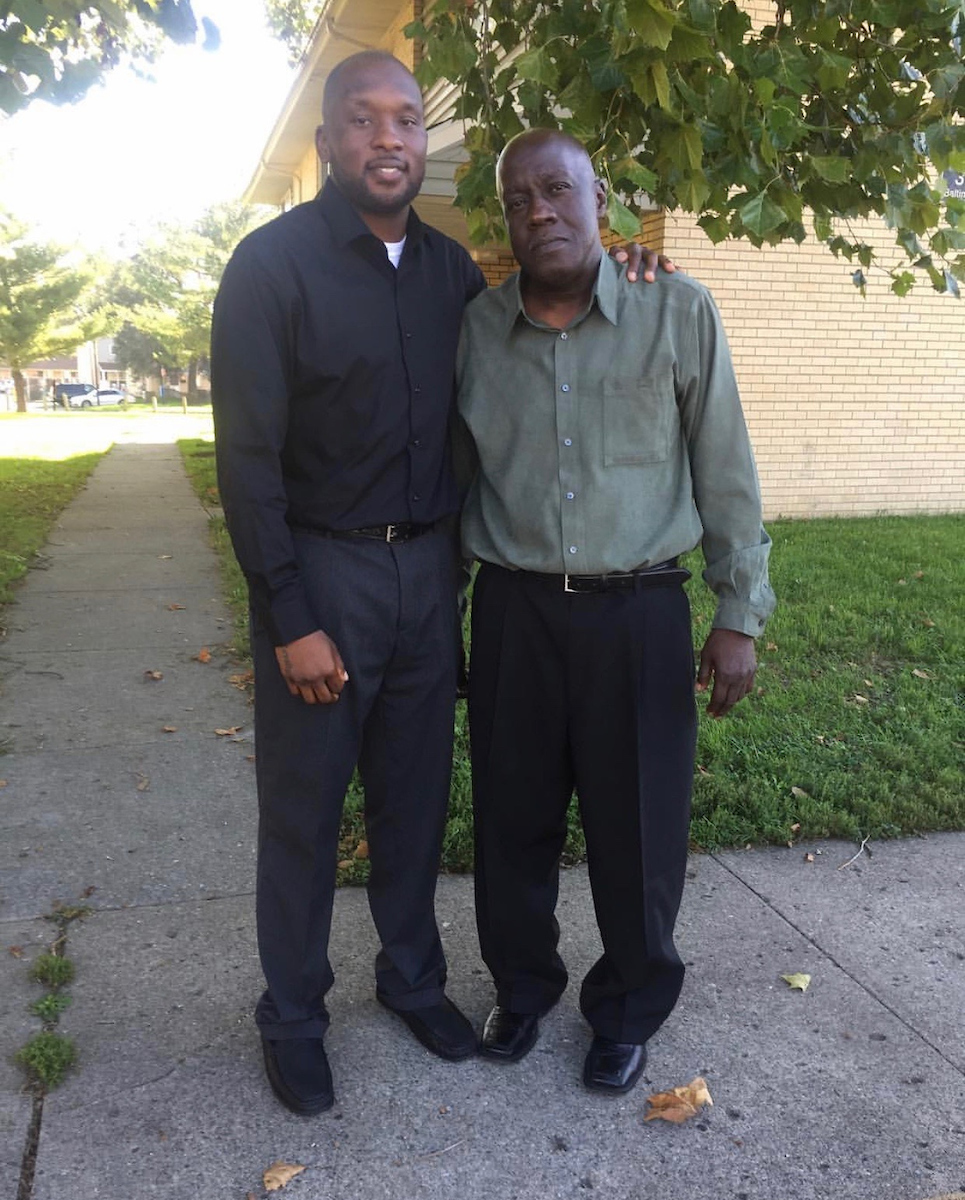 Higgins is grateful for the opportunities he has received at Riley, saying not a day goes by that he doesn’t look forward to coming to work. Saying goodbye to his 5W friends was hard, he said, but he sometimes takes time on his lunch break to visit them.

“It’s like I built a bond with them. Watching the kids grow stronger, recovering … it’s wonderful and I like the fact that I’ve been able to help with that.”

“You’re gonna laugh,” he says when asked if there’s anything else people should know about him. “I like to knit. I’m not that good at it yet, but I like the challenge of it.”

He challenges himself every day with a little speech when he gets up in the morning.

“I tell myself regardless of what goes on today you will laugh, breathe and be able to care for yourself. That’s good enough reason for you to be happy. I just enjoy life, try to give good vibes everywhere I go and have fun.”