Julie Booth noticed it. She noticed the need for clean, comfortable clothes to send those kids home in. And, without once thinking about the cost or the trouble for herself, she did something about it.

Kids came into the emergency room, their tiny clothes covered in blood.

Sometimes, those kids would be stripped down to nothing, their pajamas cut off by responders in the middle of the night as a traumatic situation unfolded.

And, without once thinking about the cost or the trouble for herself, she did something about it.

Booth started collecting clothing for the emergency department at Riley Hospital for Children at IU Health – anywhere and any way she could get it.

She bought clothes at thrift stores with her own money. She took donations from coworkers and friends and neighbors.

Her husband grilled hotdogs at their yard sales and sold them – along with drinks. Any money raised would go to buying clothes for the Riley ED. 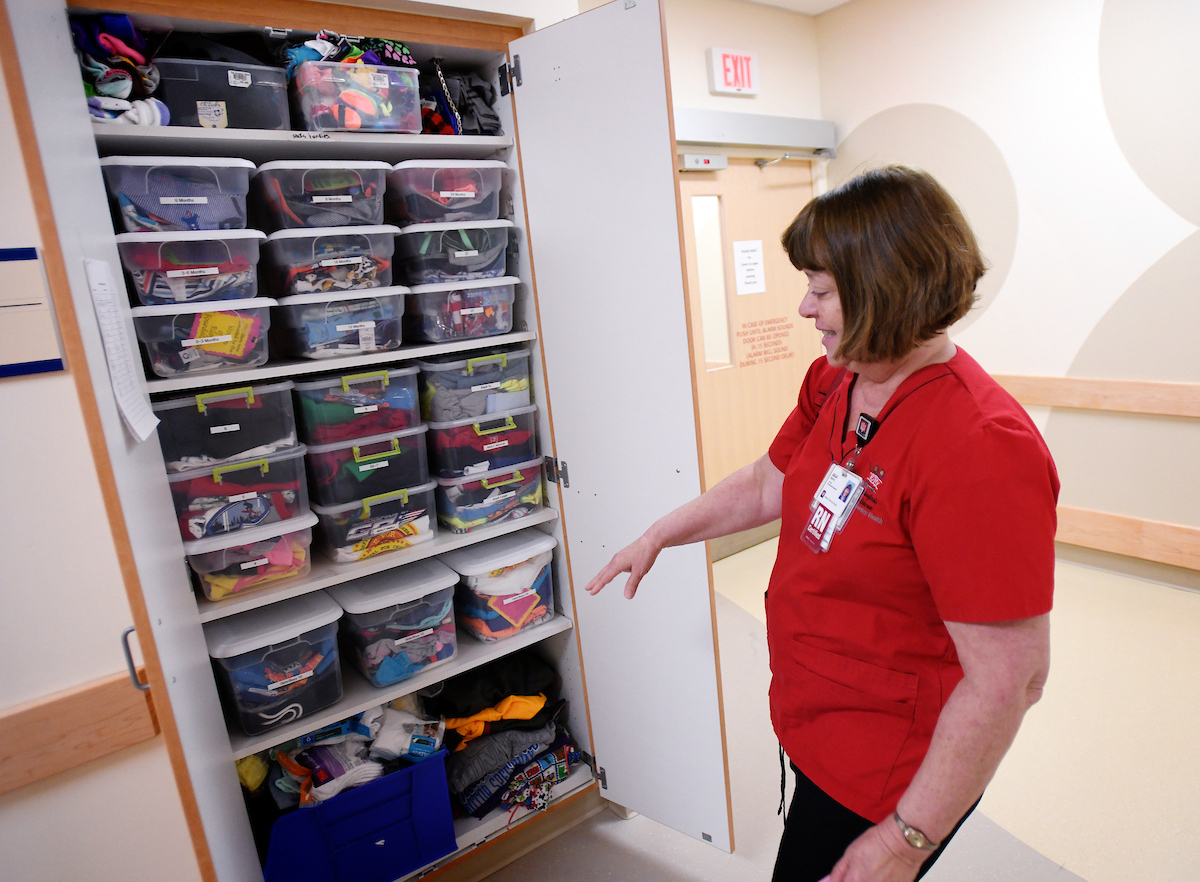 “When something traumatic is happening, a parent’s major concern is getting here with their child,” says Booth, who has been a nurse for 35 years. “It’s not bringing an extra set of clothes.”

But all that used and donated clothing Booth was collecting had to be washed specially on the sixth floor at Riley, before it could ever be handed out to patients.

And then came the suggestion. Maybe Booth should apply for a grant to get the financial help she really needed. Her cause was a worthy one. Booth had stats to back the increased need for clothing in the Riley ED, the only Level I pediatric trauma center in the state.

Two months ago, Booth was awarded a Women for Riley grant for $5,000. 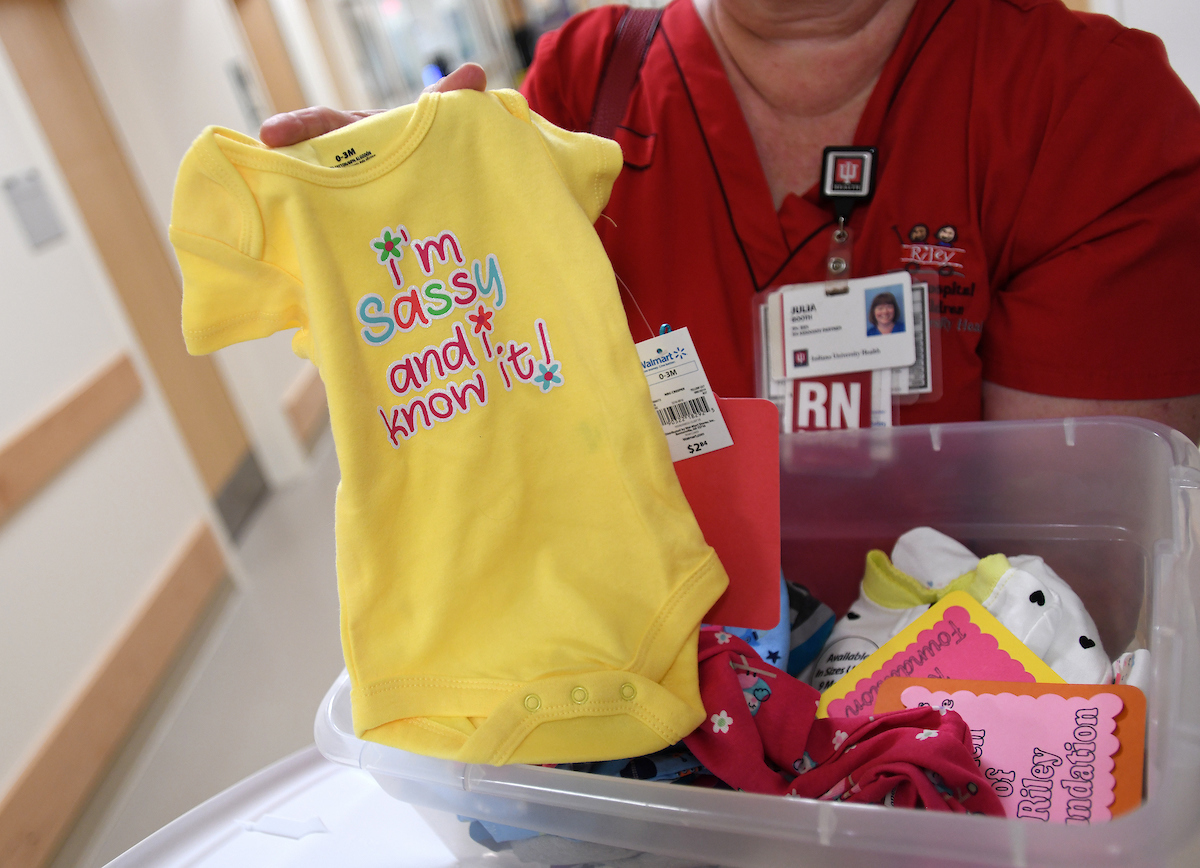 “Julie is an amazing person. This is an example of a Riley staff member seeing a need and then going above and beyond to make sure Riley patients and families are cared for compassionately,” said members who awarded Booth the grant.

Now, Booth is buying all new clothes for the children in the ED. She is a frugal shopper, scouring discount stores and seeking out sales and clearance racks.

“Even if it’s not anything that great, the parents are still just so grateful to have something to take their kids home in,” Booth said.

And it’s not just for the kids. Booth stocks her clothing closet from newborn to size 2X. Parents also often come into the ED covered in blood and vomit from caring for their sick kids.

“It’s so nice to be able to say, ‘Here is a clean T-shirt and pair of sweats,’” Booth says. “This is all about better care for our patients and families. I’m doing it for the kids.”

- A nurse for 35 years, she started at IU Health Methodist Hospital in 1986. She worked pediatrics there and then moved to OB for 20 years.

She came to Riley in 2010. “I wanted to come back to pediatrics,” Booth says. “That’s always been my first love.”

- Booth grew up in Vincennes, Ind. Her dad was a barber and her mom was a beautician. They both worked out of the house, located on the main street in Vincennes, her dad on the front porch and her mom off the side of the kitchen.

- On choosing a career in nursing? “It was kind of like the expected thing to do,” she says. “But it was a blessing in disguise.”

- Booth is married to Brian, an architectural draftsman. The two have two grown daughters, Brianna and Allyson, and three grandchildren, Zeke, 4, Karis, 1, and Ian, 5 months.