Pierce Mitchell has a huge heart. He’s incredibly sweet. And, at 4 years old, he knows what he wants.

“Can I have my hearing aids?” Pierce will ask his mom and dad.

He knows with them, the world sounds differently. It’s full of noises and laughter and chatter. He can hear his little brother Reid’s giggles. He likes that. He can hear his mom reading a bedtime book.

Pierce is a boy with hearing loss. He is also the son of Ryan Mitchell, M.D., a physician immersed in the world of ears. He is a pediatric otolaryngologist and cochlear implant surgeon at Riley Hospital for Children at IU Health.

Dr. Mitchell recently helped launch the Deaf and Hard of Hearing Clinic at Riley, made up of a team of experts supporting families as they deal with the struggles and challenges of hearing loss.

But Dr. Mitchell’s personal life being intertwined with his professional life adds a whole extra layer to his understanding. He doesn’t always talk about Pierce with families, but there are times when it really helps.

“It’s not something most ENTs have been through,” says Dr. Mitchell, who came to Riley in September. “I wish I hadn’t, but I can bring some expertise to the table. When I bring it up, it can help that situation.” 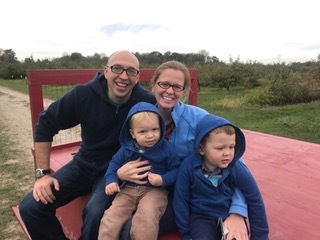 After all, a new diagnosis is an emotional time for a family.

“Having support for the family is very important because this is a family altering thing and it quickly gets overwhelming,” Dr. Mitchell says. “I work in the field and it was an overwhelming thing for my family.”

Dr. Mitchell and his wife of 15 years, Rebecca, were expecting their first child and he had just decided on pediatric otolaryngology as his medical career path.

A month later, Pierce was born. And then something happened Dr. Mitchell and Rebecca never saw coming. Pierce failed his newborn hearing screening.

“I knew a lot of kids that fail the test actually have normal hearing,” Dr. Mitchell says. “So, we weren’t too worried. But it kind of put it in our minds. Of all the things you think about, that really didn’t register on our list of things we were concerned about beforehand, ironically enough.”

Weeks later, on a follow-up test the family learned Pierce had normal hearing at low frequencies and moderate to moderately severe hearing loss at higher frequencies.

He’s been using them ever since, wearing them every waking hour. Pierce loves to wear his hearing aids. He will ask for them.

“He realizes he hears much better with them,” Dr. Mitchell says. “And he’s used to them.”

When Pierce is playing, the aids will get knocked off and flop over and he’ll wrap them back around his ears. If they start to come out, he will push them back in.

Pierce thrives with his hearing aids, but Dr. Mitchell and his wife didn’t stop there. They wanted to give him another option.

So, they immersed Pierce in American Sign Language, giving him another tool he could choose to use. They also learned ALS.

The two schools have opposite approaches. St Joseph uses an auditory and verbal approach -- with no facial cues or lip reading -- to teach kids how to use listening and spoken language. The School for the Deaf is ALS based and uses visual written English, as well.

After being immersed in both, Pierce chooses to talk. 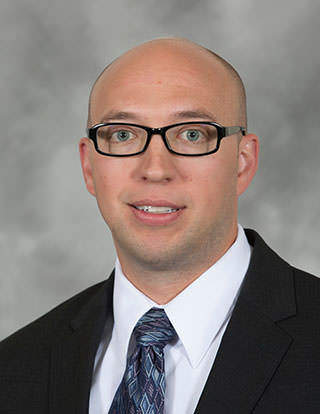 “In the last about six months or so, he’s decided he really doesn’t like to sign much,” Dr. Mitchell says. “He likes to speak. He talks incessantly. That’s what he likes to do.”

More About the Deaf and Hard of Hearing Clinic

The clinic started in February and takes place the first Tuesday of each month.

The clinic is for anybody who has a long-term hearing loss and is made up of a team of experts, including geneticist Theodore Wilson, M.D., psychiatrist William Kronenberger, Phd, developmental pediatrician Jordan Huskins, M.D., an education consultant, Mary Zuercher, a family liaison, Sandi Lerman, a social worker, Ashley Fippen, and a speech pathologist.

“Everybody brings something different to the table,” Dr. Mitchell says. “We learn from each other. And that benefits our families.”