It doesn’t matter if he’s in the first-class operating room at Riley or in the charity hospital in Guatemala, Dr. Martin Kaefer’s mission is the same: Surgery and love.

The children from the dump, that massive festering mountain of garbage in Guatemala, were standing there smiling -- with feet covered in blood stains.

This dump is the largest in Central America, a place where families live, setting up shanty towns.

They live there so they can be nearby to scour the monstrous pile -- to try to uncover anything of value, anything to help them make it through another day.

Martin Kaefer, M.D., a pediatric urologist at Riley Hospital for Children at IU Health, has been visiting Guatemala for 25 years. He has seen that dump so many times. Dr. Kaefer and his wife, Janice, and their five kids, ages 13 to 21 – they have all been to Guatemala. 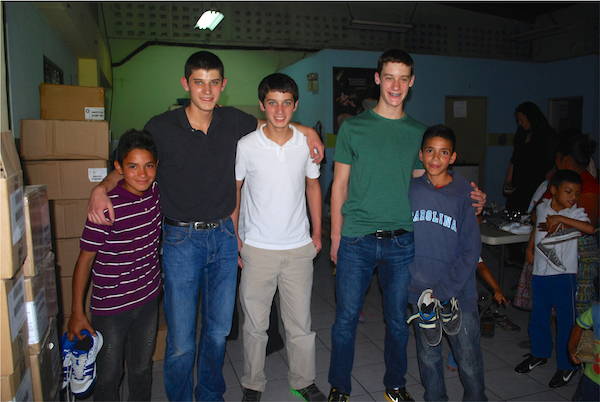 But on one visit, Dr. Kaefer’s son saw the torn up feet of those smiling children and he concocted an idea.

He collected 1,500 pairs of used shoes. And on their next visit to Guatemala, the Kaefers handed them out to the children from the dump to cover their tender little feet.

Dr. Kaefer’s son and those shoes, though, are just the beginning, just one slice of the impact Dr. Kaefer has had in Guatemala. There have  been the surgeries, the training, the medical supplies. And there has been the love and the hugs and the comforting smiles.

“The things he is doing there is nothing short of remarkable,” says Juan Sanchez, M.D., a Riley endocrinologist, who has gone to Guatemala with Dr. Kaefer. “It truly is amazing.”

More than 2,580 miles away from the dumps of Guatemala inside the lobby of Riley, Dr. Kaefer has just finished a surgery.

He loves the reconstructive side of urology, helping children who have been born with birth anomalies, conditions that have not been completed in utero.

“It’s our job to complete what nature had just about gotten right,” says Dr. Kaefer.

His work is far-reaching. From babies with genital abnormalities to children with spina bifida. From pregnant women whose babies will be born with kidney problems to patients in their 40s, who have congenital problems that still need managed. 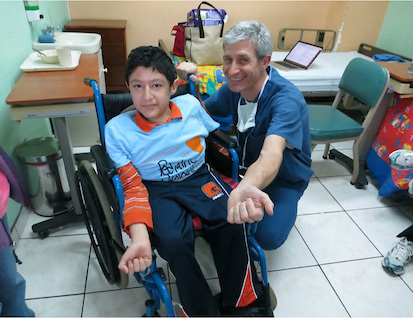 Urinary tract obstruction, incontinence, prenatal hydronephrosis and so much more. The Riley urology team does thousands of surgeries each year; Dr. Kaefer performs about 700.

Dr. Kaefer is modest, but he is a household name in pediatric urology. He’s written textbook chapters on rare surgeries. He’s come up with new procedures, one that’s even gained worldwide acclaim.

He won’t take sole credit for any of it.

“I, like everyone else here, have as part of our mission to come up with novel therapies for children that can help them lived fulfilled lives,” he says. “I’m moved to do it because of the people ahead of me and around me. You go into the operating room every day thinking maybe I can come up with something new. Why can’t I?”

Born in Chicago, Dr. Kaefer’s dad was a roofer and his mom was a physical therapist.

After graduating high school, he went to Northwestern University for two years and then into medical school. It was part of an accelerated program in medicine.

And it was intense. Dr. Kaefer was just 19 when he started medical school and he quickly realized it wasn’t time. He opted instead to go to Germany for a year, as a Fulbright scholar, to research molecular genetics.

He then came back to Northwestern and spent two years in medical school, then another year back in Germany as a Fulbright scholar, studying multiple sclerosis.

As he went through medical school, Dr. Kaefer kept his mind open to a specialty. But right before his dad died, Dr. Kaefer asked him what he should be.

“He said, ‘I know exactly what you should be. You should go where people are having the most fun and are the happiest,’” Dr. Kaefer says.

Dr. Kaefer knew just where that would be: urology.

“There is not a profession like mine where you’ll find the highest percentage of happy people who can’t wait to go to work,” he says.

And Dr. Kaefer is spreading that joy everywhere he goes.

He first visited Guatemala as a resident in 1993. He and Janice, a cardiac surgery nurse, ended up getting engaged on that trip. 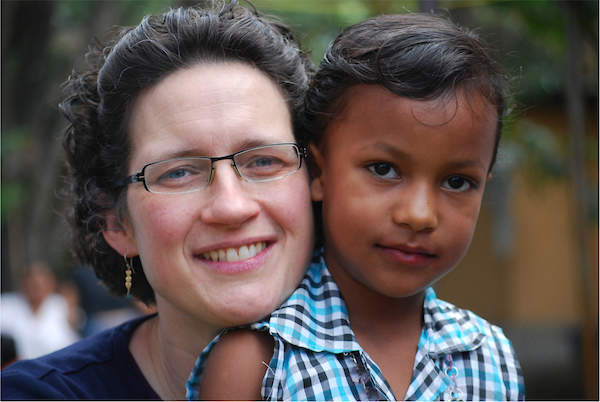 They loved it, but life soon took them in other directions. Dr. Kaefer was in Boston at Harvard University from 1995 to 1998. The Kaefers started having children.

But it wasn’t long before Dr. Kaefer’s sister, Maria, a physician, persuaded him they needed to go back to Guatemala to really make an impact through teaching.

In 2001, Dr. Kaefer and a group went down and performed surgeries on 20 children. Since then, the mission of the Kaefers has expanded and grown each and every year.

By the fourth year, the team was built up to 15 people. Then the group started not only performing procedures but also teaching procedures at a charity hospital.

Next, Dr. Kaefer reached out to partner with the head of surgery at Guatemala’s main public hospital. In an ironic twist, that doctor had been at Harvard within years of Dr. Kaefer. 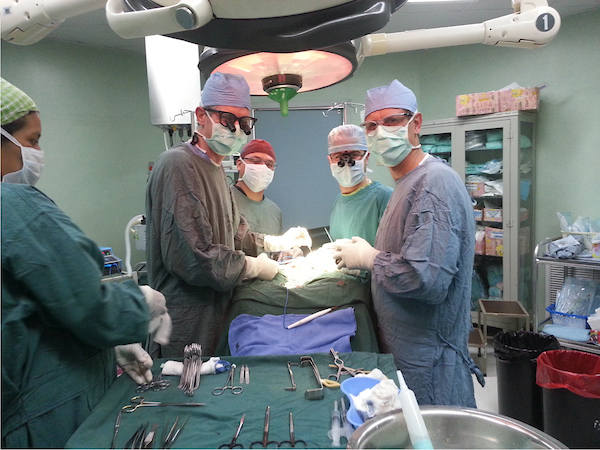 An incredible friendship and mission began.

Today, Dr. Kaefer goes to Guatemala with a team of 20 every November, doing 50 to 60 big cases – many spina bifida patients.

Each March, Dr. Kaefer takes one of his children and he operates with a team of six at the state hospital, doing kidney transplants and other major surgeries.

On top of the hands-on medical care, Dr. Kaefer has helped to create fellowship programs in Guatemala. So far, two have graduated and four more are in the pipeline.

Next up for Dr. Kaefer, he will leave in March for a 10-day trip back to Guatemala. There, he will see the dump. And the shanty towns. And the need.

“I love being a doctor, don’t get me wrong, but it’s so much more than that,” Dr. Kaefer says. “It’s doing something that allows so many people to win. We really want to inspire people.”