Perspective. As a doctor who deals with some of the toughest cases, the sickest children, the kids whose cancer isn’t going away with traditional treatments, Dr. Jodi Skiles, a stem cell transplant physician, sees the resiliency they have. And it’s given her a beautiful perspective on life.

There she was. Little Madi Adams. Four months old. Beautiful.

Cancer had crept in and was trying to steal her life. An extremely rare form of blood cancer.

Jodi Skiles, M.D., walked into Madi’s hospital room and, there in her sweet face, Dr. Skiles saw her own 4-month-old daughter, Molly.

She will never forget that day. She had just returned from maternity leave

“And I walked into this little girl with a brand new diagnosis – just days apart from the same age as my little girl,” says Dr. Skiles. “And I thought, ‘I don’t know if I can do this.’”

But she could do this. And she did.

Dr. Skiles, a stem cell transplant physician at Riley Hospital for Children at IU Health, fought for Madi, who had juvenile myelomonocytic leukemia. It is a disease so rare it accounts for less than 1 percent of all childhood leukemia cases. 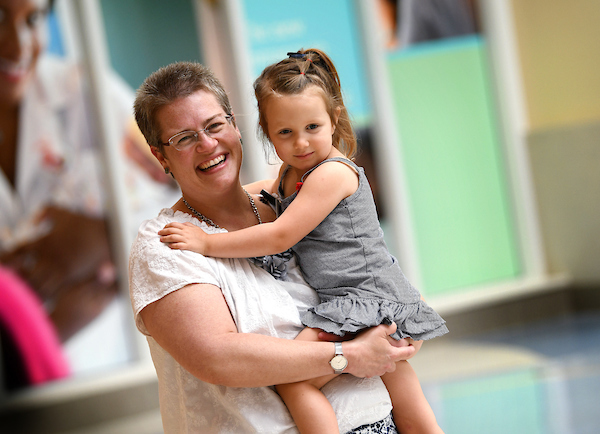 Madi had multiple blood transfusions and a stem cell transplant. And she beat that cancer. This week, Madi was back at Riley, nearly four years old.

“What I learned from her was to really connect with families in a way I hadn’t before,” says Dr. Skiles, who recently was named Riley’s director of stem cell transplant. “As a mother, I had a new appreciation for how dear and precious this little package was to parents. Being a parent gave me a new perspective.”

Perspective. As a doctor who deals with some of the toughest cases, the sickest children, the kids whose cancer isn’t going away with traditional treatments, Dr. Skiles sees the resiliency they have.

“The patients I take care of, they have lived and breathed life and death in front of me every day,” says Dr. Skiles, a married mother of two daughters. “They really know more than most of us. They know what the important things in life are. They have this air of wisdom, this air about what is important.”

And Dr. Skiles feels blessed every single day to have the privilege to care for those precious kids.

There really wasn’t ever a question. Dr. Skiles knew from the time she was tiny that she would be a doctor.

The journey started in a kindergarten class in Frankfort, Ind.

It was career day and a surgeon came in to present. He had surgical masks and caps.

“And I thought it was the coolest thing,” Dr. Skiles says. And so it was decided in that little girl’s head that she would be a doctor. 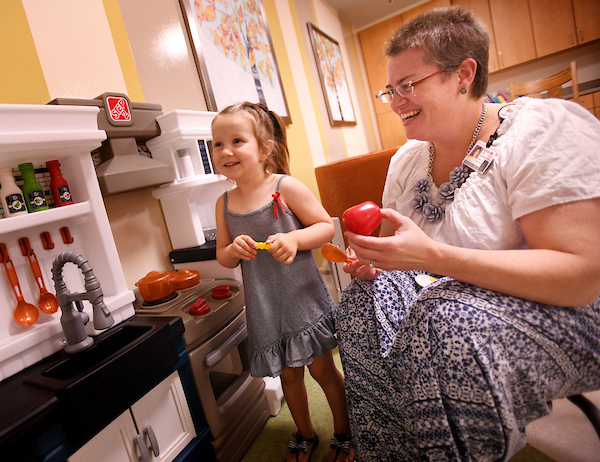 It was a big dream for Dr. Skiles. She was the first in her family to even go to college.

She headed off to Indiana University in Bloomington to start on her path to become a doctor. She majored in secondary math education and then went on to medical school at IU.

Dr. Skiles always had a love for the littlest of patients. She liked the NICU and obstetrics – the delivering babies part of it.

She did her pediatric residency (and was chief resident) at Riley where she realized her passion for taking care of really sick patients.

She narrowed her options to PICU, emergency medicine or hematology-oncology. But, in the end, Dr. Skiles wanted a specialty where she could really get to know her patients and build long-term relationships.

It is those kids that Dr. Skiles works with each day at Riley – those kids who need transplants to save their lives – that leave her in awe of their strength.

“I have amazing patients with amazingly awful problems,” she says. 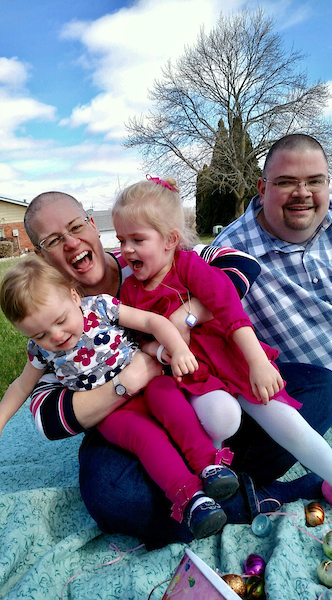 Dr. Skiles is extremely passionate about her job. This spring, she – and her husband -- shaved their heads to raise money for childhood cancer research.

She says she loves the bonds she builds with patients and families.

“These kids are living for today,” she says. “They know they have a life threatening disease and bad things could happen, but they don’t let that steal their joy.”

Personal: She is married to Philip, a mechanical engineer. They met at a church game night playing euchre in Avon and were married eight months later. The couple has two daughters, Molly, who turns 4 years old in July and 17-month old Gracie.

Getting through the hard times with patients: “My faith plays a big role in that. Just knowing that there is a grander purpose and while it doesn’t always make sense to us, I believe God is a good and loving God. It can be hard to believe when faced with this kind of stuff every day. But God will allow good to come from even bad things.”

To her families: “Thank you for entrusting the care of your child to me. I believe deeply in science and I love the science and medicine that is happening, but I don’t believe your child’s care is in my control. I’m just the worker bee here.”