Dr. Boyle has helped families through the tough times. He’s celebrated with them during the joyful times. He’s been there for nearly 30 years.

On the wall inside his office are the photos of the children -- the kids who were once tiny babies whose lives he helped save.

The boy, who was born so sick, he wasn’t supposed to walk or talk. He’s a 26-year-old college graduate now. The triplets, who went on to race cars. The adorable, smiling girl.

As a neonatologist, David Boyle, M.D., has been that calming influence inside the neonatal intensive care unit at Riley Hospital for Children at IU Health for nearly 30 years.

“You do make ties and bonds with the parents and the kids,” he says. “These are long-term relationships you can develop.” 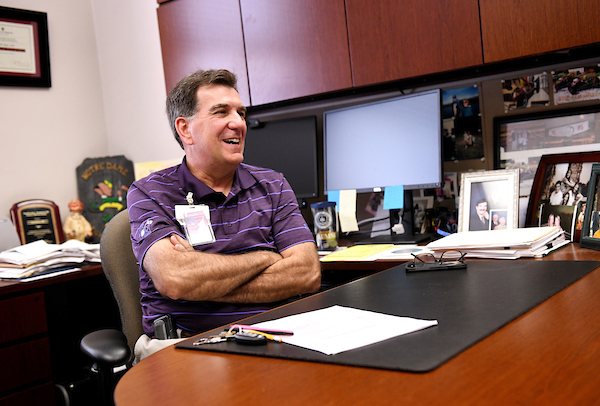 Dr. Boyle has helped families through the tough times. He’s celebrated with them during the joyful times.

He’s been there – the guardian of those sick babies.

He was born in Paterson, N.J., about 15 miles outside of New York City. Dr. Boyle was one of two boys, who grew up in a small town called Totowa, a borough of New Jersey. His dad was a carpenter by trade and later ran his own business. His mom stayed at home.

His uncle - a physician who worked at the medical school in New Jersey -- piqued his interest in medicine. By the time Dr. Boyle was in high school, he was certain – a medical career was for him.  After graduating as salutatorian from high school, Dr. Boyle knew just where he would get his start.

“I can’t remember a time when I didn’t want to go to Notre Dame,” says Dr. Boyle, co medical director of Riley Maternity and Newborn Health.

Along the way, Dr. Boyle honed in on what specialty was for him. He knew he liked working with kids. His summer jobs had been a lifeguard at a swimming school and a camp counselor in Boy Scouts. 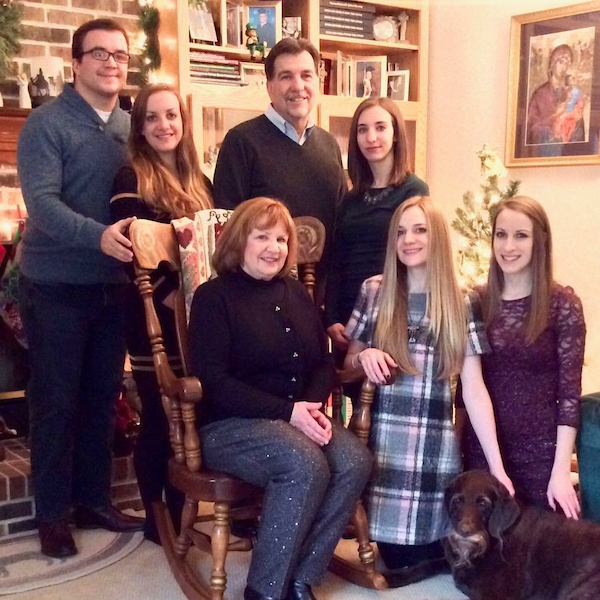 Dr. Boyle spent an elective with a pediatrician who was about to retire.

“He had a little pipe that he smoked that was a little tugboat and the kids loved it,” he says. “I spent a month with him. Wow, this guy, he is relaxed. He enjoys his life and clearly loves what he’s doing. He really is making a difference.”

And then when Dr. Boyle got to his pediatric residency, he spent the first month in the newborn intensive care unit.

“And that was it. The environment, it just suited me,” says Dr. Boyle. “It’s about taking care of the whole child. We take care of newborns with brain problems and heart problems and surgical problems and premature babies. What is special to me about neonatology is helping families through crisis.”

It was 1989 when Dr. Boyle came to Riley to interview and it felt like home.

“It just felt right,” he says. “It’s just such a great environment to work in.”

The five neonatologists who were at Riley when Dr. Boyle came are still at the hospital.

“There is no way we could replace what we have here in terms of the working environment,” he says. “Everybody is committed to the same thing. It’s not hard to stay.”

Dr. Boyle started dating his wife, Maureen, in 1976 after meeting her at the swimming pool where he worked.

The two were married in between Dr. Boyle’s first and second year of medical school. While at Yale, the couple had their first daughter, Sarah. She now lives in Chicago and is an artist 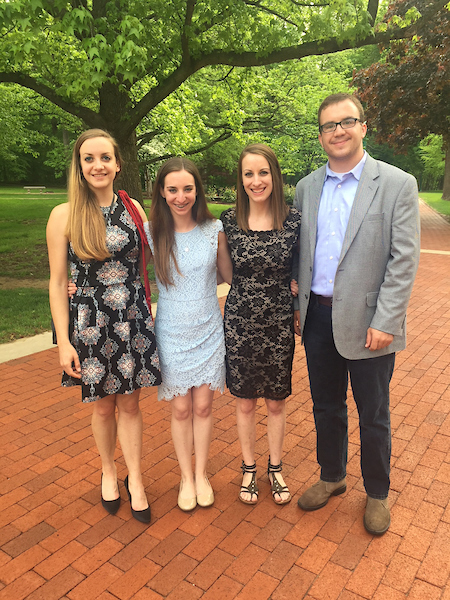 Doug works for the state of Indiana in the Department of Homeland Security with the building and fire code division. Becky is a lawyer with an environmental consulting group in Boulder, Colo., and is a published poet. Frannie works at Riley as a project coordinator for the neuro NICU, helping coordinate research studies, managing patients and following up with families. And Laura is a NICU nurse at IU Health North.

His passion for babies only grew as his family did. Throughout his career, Dr. Boyle has spent years researching fetal growth and nutrition.

For 14 years, he directed the neonatology fellowship training program at Riley and had more than 40 trainees.

“They’re all over the place doing all sorts of things,” he says. “It is cool to see that.”

Remembering fathers: “One of my passions is dads. They are the other parent. Dads get left out of a lot. With miscarriages, for example, people don’t understand that, yes, the impact on the woman is huge. Oftentimes, nobody thinks about the dad. That was going to be his child, too.”

There was nowhere near the technology to take care of tiny babies and the morbidities were very serious back then.”

He is also the medical director for the Fetal Center at Riley Children’s Health and is passionate about providing total care: “We do multidisciplinary care conferences with families before the baby is born and we bring the surgeons, the cardiologists, palliative care, if needed, genetics, neonatology, maternal fetal medicine, radiologists, we all come together with the family. We ask, ‘What do you understand here? This is what we found. Everybody talks to the parents so we can use the same words.”