Building compassion one story at a time: “I have been so encouraged since this … the love from it has reminded me that we are all important.”

One by one, the women told their stories in the quiet auditorium. Stories of profound loss and the grief that accompanies that loss.

The women – all employees at Riley Hospital for Children – were participating in a forum called Compassion Rounds, organized by Dr. Adam Hill.

They were speaking in front of a large audience in the basement of the Riley Outpatient Center, but their stories and their tears were safe in this room. No judging, no blaming, no shaming – those were the rules.

Art therapist Cassie Dobbs, teacher Amy Boggess and EVS housekeeper Kelley Stephenson laid bare the trauma each suffered when a patient they were close to passed away. The stories were achingly painful – not unlike others that play out in private every day in a hospital where kids battle life-threatening illness and injury.

The trauma that lay beneath the surface as the three women spoke was met by compassion from the hundreds in the room, many wiping away their own tears, thinking about their own stories.

“We wanted to create a safe space where people could share their stories vulnerably and share their truth,” said Dr. Hill, a pediatric palliative care physician. 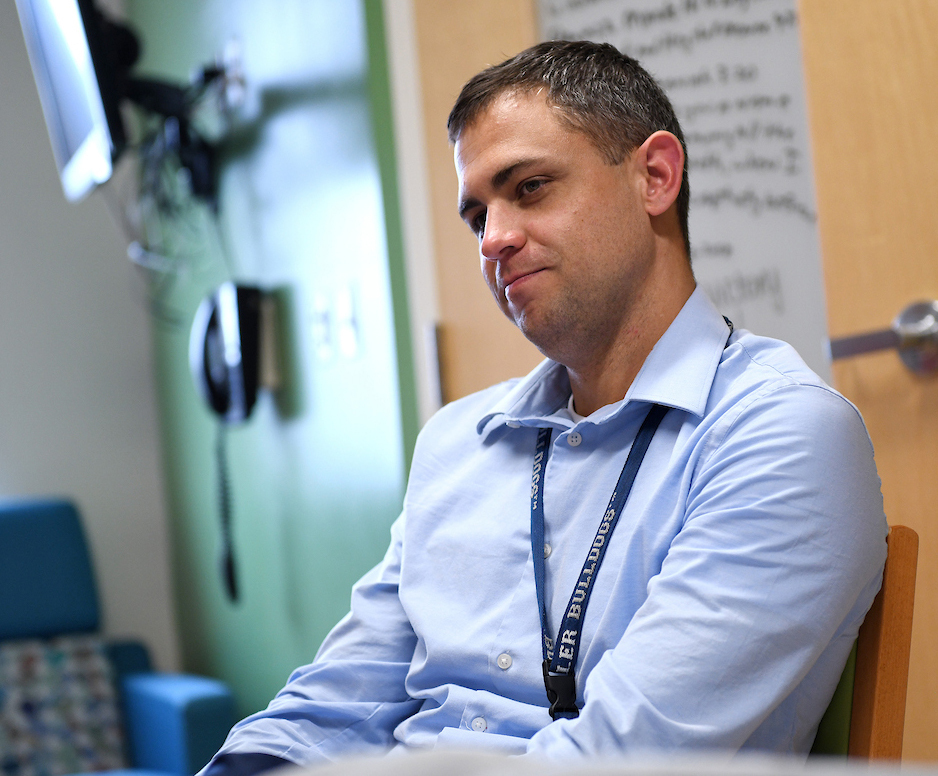 He has been open about his own story of depression and attempted suicide years ago, granting interviews and speaking publicly on the topic.

“My own experience has led me to realize the power of sharing our own stories and allowing time and space for people to do that. Everybody has a story, and all those stories have value and meaning.”

The goal of the series is to build community, which Dr. Hill believes can only improve patient care. 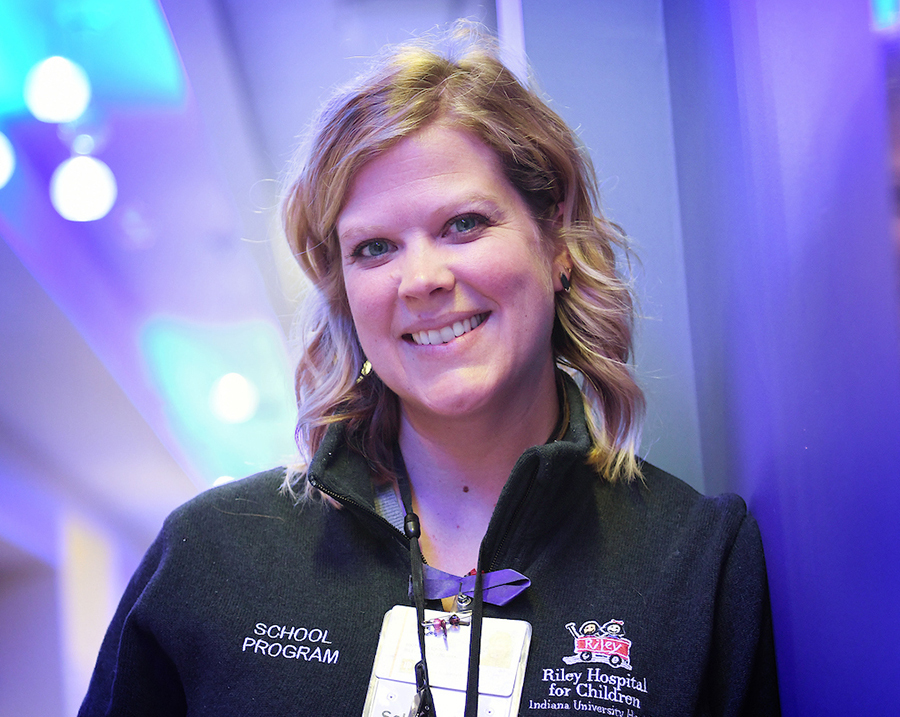 “It’s a reminder that we all have really hard days, but we also can use each other as a supportive mechanism for coping,” Boggess said. “We aren’t alone.”

Dobbs acknowledged after Compassion Rounds that she was nervous at the thought of sharing such an intimate story about a patient she developed a close bond with over time. (As with all of the stories, the identity of the patient was not disclosed.) But once she began talking, she said, the room felt safe.

“I could tell that everyone in that room not only wanted to be there but was there to feel a connection,” Dobbs said. “It didn’t matter what our role was. We’re just humans helping humans. We recognize that our work can be challenging and it is OK to acknowledge that and process that among our team members.”

Stephenson described the experience as “freeing.”

“Not only could I see common struggles, but I also learned more about how others help or interact with patients,” she said. “I have been so encouraged since this … the love from it has reminded me that we are all important.”

Indeed, that connection we make with others – no matter what our role – is powerful, Dr. Hill said. “Just realizing that every person in this entire hospital has a role and potentially a profound one helps all of us take better care of people.”

Compassion Rounds is a pilot project that will occur quarterly this year. Topics of interest to all hospital faculty, team members and students will be addressed to help people process emotions they encounter while working in a pediatric hospital. The next topic will be announced in the coming weeks.