One Saturday, she doubled up on her boxing workouts. Two days later, she could barely crawl up the stairs at her Carmel home. She thought she was fatigued from the workout. By the time she got to the Riley ER, her organs were failing and she was in a coma. It was leukemia.

The workout had been exhausting. One workout in boxing can bring you to your knees. That Saturday, Tessa Burns and her dad had doubled up and done two.

Two days later, she could barely crawl up the stairs inside her Carmel home.

“I felt like I was run over by a car,” Tessa, 17, said inside Riley Hospital for Children at IU Health last week.

That workout. It had depleted her.

But it wasn’t the workout. It wasn’t the bouts of boxing. A much tougher competitor had knocked out Tessa. 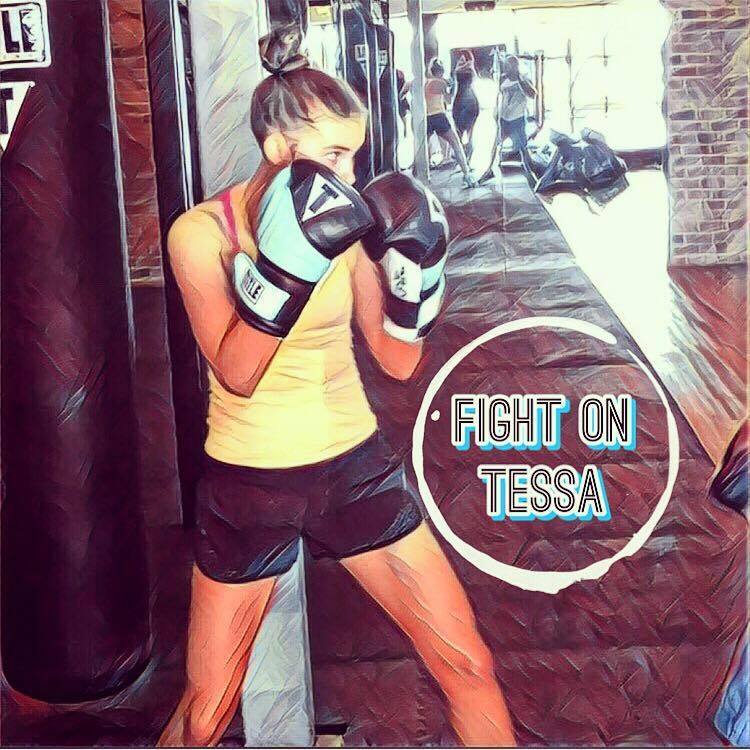 And it was ravaging her body.

By the time she got to the emergency room at Riley in January of 2017, Tessa was having trouble breathing. In the wee hours of the night, she was put on a ventilator.

Her systems were failing. She was septic.

A week passed with Tessa in a coma. And then another week. And then days.

Come on Tessa, family and friends and the community rallied around her. You’re a fighter, Tessa. Her boxing club, Title Boxing, started battling for Tessa. A Facebook page was born, “Fight On Tessa.”

But each hour that passed, as her liver failed and her body lay still…

“We really didn’t know,” says her mom, Jill, “if she was ever going to wake up.”

She's a good girl, loves her mama Loves Jesus and America, too

Loves horses and her boyfriend, too 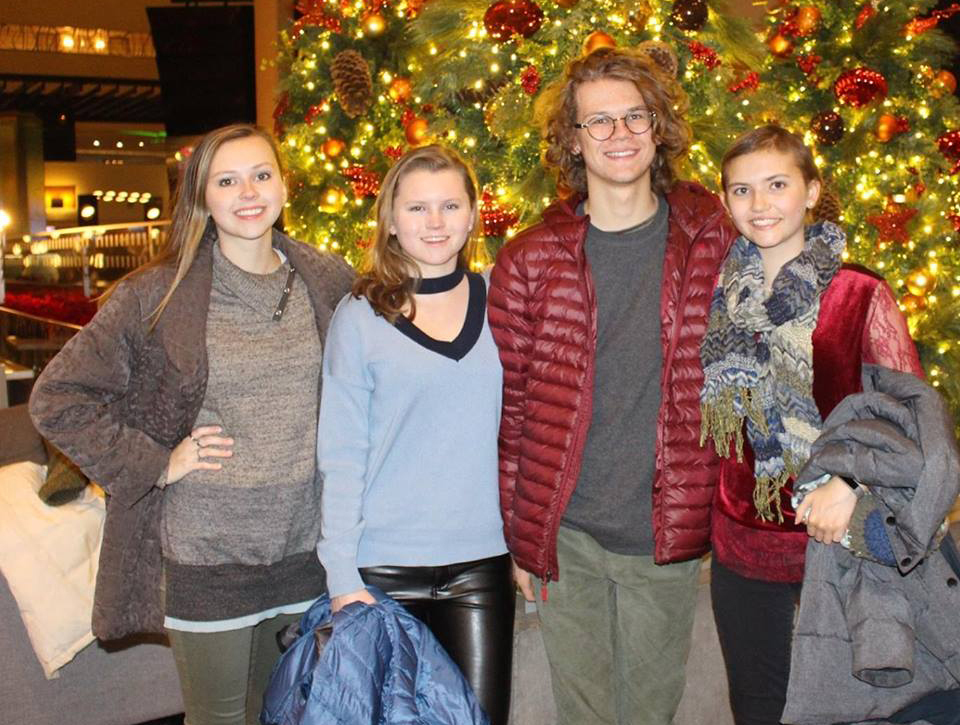 Tom Petty’s “Free Fallin” was playing in Tessa’s room. She loved Petty. Tessa is the youngest of four, with two older sisters and an older brother. She drives a manual MINI Cooper. She is an old soul in a teenage body.

And as Petty sang, something wonderful happened. Tessa started moving her shoulders.

“Until then, we didn’t know she was awake,” Jill says. “That was how we knew she was still there.”

It was a miracle. Tessa was still there. No brain damage. But her family knew something Tessa didn’t.

“When I woke up, I had already started my chemo,” she says.

Chemotherapy. It all came back to Tessa. That day she had come into the Riley ER, the doctors had said something about how leukemia could be the cause of her fatigue. She remembered being taken to get a CAT scan.

“And that’s the last thing I remember,” she says.

She woke up in that hospital room and found out. She had acute lymphocytic leukemia. When she came to Riley, she also had Group C strep infection. 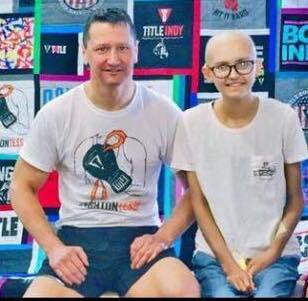 But the chemo was working – very effectively.

Day by day, for the next two months, Tessa got better. She remembers those weeks at Riley, in a way, fondly.

The nurses singing to her. Watching movies. Making birdhouses. Her mom and dad -- Cartland Burns, M.D., who is a pediatric surgeon at Riley -- taking her for walks outside.

Visiting other kids. The amazing doctors. The family and friends and boxing community visiting.

“Sometimes you don’t even remember it all,” says Jill. “There are so many wonderful people.”

By March of last year, just two months after she came to Riley, Tessa was leaving the hospital.

Since then, she has been doing chemo and has had to come back for a couple inpatient visits because of fever or sickness. 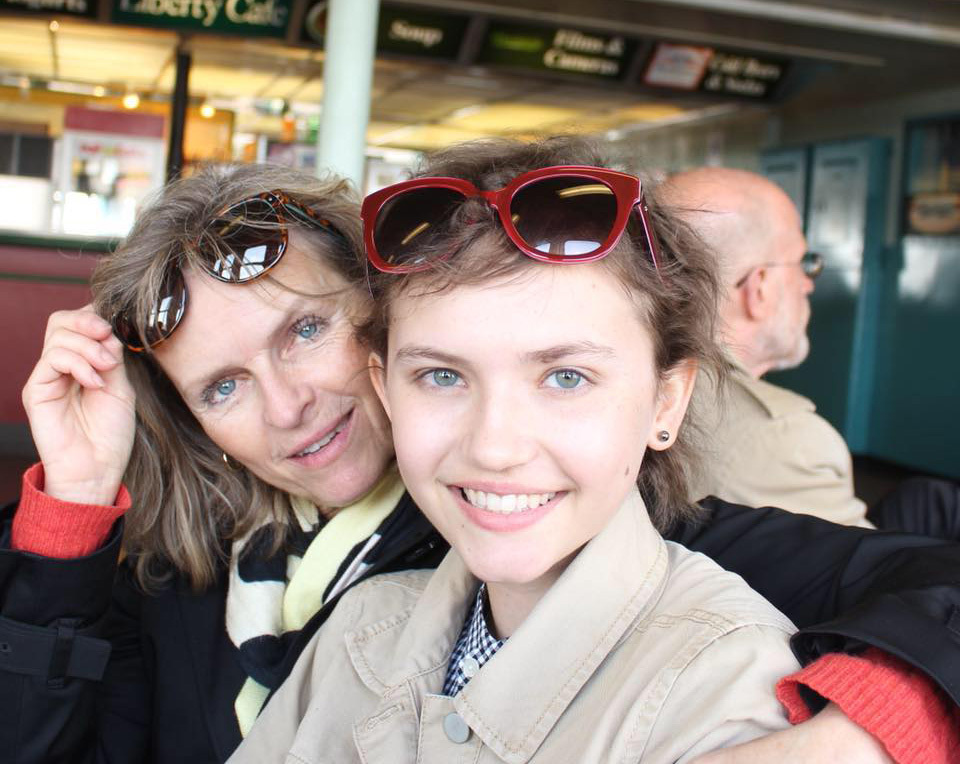 She also came back in to get a feeding tube. That night? She was at a Tom Petty concert with her family (a Mother’s Day gift to her mom).

“She is so determined,” Jill says. “She was a trooper – and still is.”

Tessa’s minimal residual disease, the number of cancer cells from the bone marrow that remain during treatment, is zero, Tessa says. That’s great news. She hopes to be done with chemo by the time her senior year starts.

And, for now, she is doing yoga. Not boxing. Tessa says it may surprise people, but the cancer has impacted her more in a positive way than a negative way.

“It’s definitely changed my perspective on things,” she says. “I’m more appreciative of the moments we have.”

Advice to other kids fighting cancer: “Definitely take it one day at a time,” she says. “Enjoy the minor little things like, ‘Oh, I didn’t throw up today.’ Celebrate each little step you take because it is a long road.”

Likes: She is really into nutrition and has a food blog called “The Raw Almond.” She also enjoys art and giving back.

Which leads us to… One of the most incredible parts of Tessa’s story. Before she was diagnosed with cancer she was already actively involved in raising money for Riley at her school, Carmel High. As part of her school’s Dance Marathon, they raised $474,000.

“Little did she know,” says Jill. “She was going to be a part of Riley.”

This year, Tessa is the Riley family liaison for her high school’s Cabinet, part of the student government, helping connect people to the hospital.

Tessa would like to connect with Riley families. Send her an e-mail at tessaburns2019@gmail.com.