Caring for fragile kids amid a pandemic

Riley mom: “We are all staying home, praying a lot and doing everything we can not to expose them to anyone. Everyone is making sacrifices. We just pray it’s enough.”

If you think our current situation is scary, imagine being the parent of a child at home with a serious underlying health condition, a child who might not be able to fight off the flu, much less a mystery virus.

That’s scary. And that’s where many Riley parents find themselves. But they also are ahead of the curve when it comes to social distancing and avoiding germs. They’ve been practicing these strategies for as long as their child has been sick. 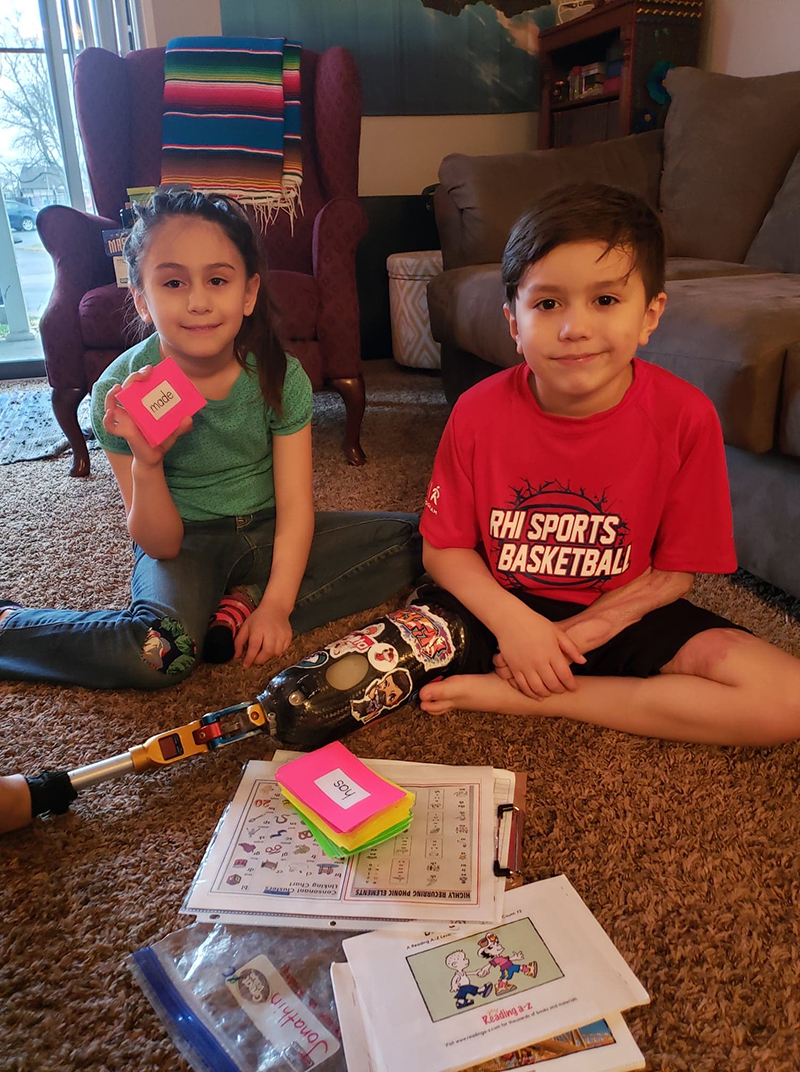 Jonathin, then 4, eventually recovered thanks to the lifesaving care he received at Riley Hospital for Children at IU Health, but he lost a leg to the disease and suffered extensive damage to one arm.

“It’s terrifying having a child who just recently went through a life-threatening situation as a result of a rare illness,” Wilson-Perez said. “We were already well-supplied with all of the things that are selling out now (Clorox wipes, sanitizer, etc.) due to our everyday fear of him getting sick, but it’s scary to think that we might not be able to get more when we need it … due to mass hysteria.”

Wilson-Perez says she does not worry about contracting the Covid-19 coronavirus personally, but she is concerned that her son might get it and that she and her husband, Evodio, won’t have the tools they need to keep him safe because of dwindling supplies on store shelves and maximum pressure on the healthcare industry.

Jonathin, who was fitted with a prosthetic leg, has become active in wheelchair basketball and other sports. But now that schools and recreational programs have shut down to slow the spread of the virus, he and his older sister are doing schoolwork at home.

They also are taking advantage of free educational subscriptions, taking virtual field trips to museums and zoos, and playing board games and card games. 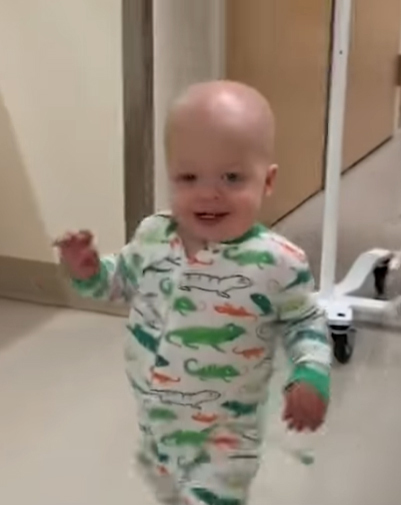 “If the weather gets nicer, we’ll probably go hiking and play some tennis or basketball to get their energy out,” Wilson-Perez said.

Sarah McWhorter, whose son Aiden was diagnosed with stage 4 high-risk neuroblastoma just after his first birthday, said not much has changed in their everyday life at home, despite Covid-19. That’s because they were already practicing the precautions others are just beginning to make part of their routine.

“All the hand-washing, avoiding crowds, masks, etc. is our daily norm. Social distancing is important for everyone, especially those with immunocompromised systems,” she said.

The precautions in place now help protect those with weak immunities and the medical community at large, McWhorter emphasized. 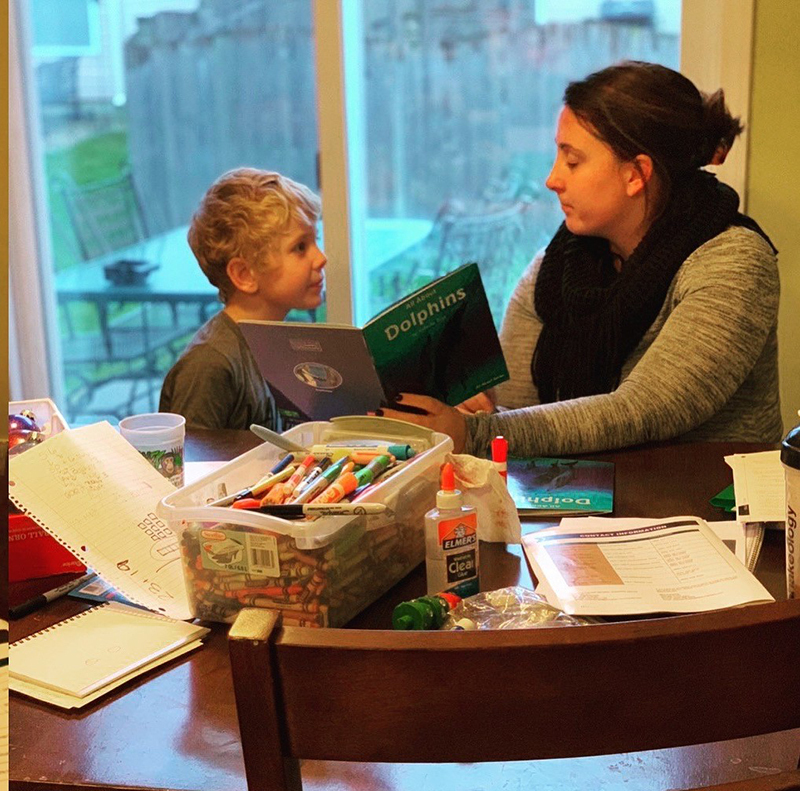 “Especially because a lot of people take the approach that because they probably won’t die from it then it’s not that bad, but they don’t get that they can still transmit it to people like Maddox and Keegan, who would definitely be at risk,” she said.

“We are all staying home, praying a lot and doing everything we can not to expose them to anyone. Everyone is making sacrifices. We just pray it’s enough.” 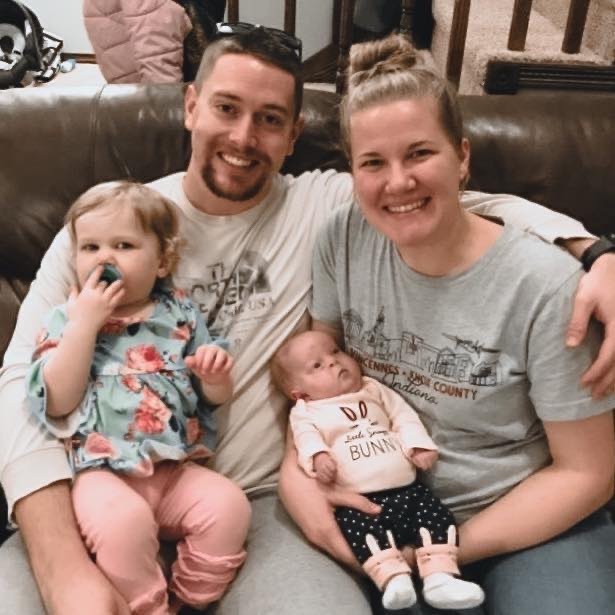 To them, home feels pretty good, despite the health crisis raging around them.

“We’re being as smart about it as we can,” Ashley said. “We’re staying home, limiting visitors, washing our hands constantly and making sure we stay healthy as parents so Hazel doesn’t have a chance to get exposed.”

And Hazel is blissfully unaware of the chaos going on in the rest of the world.

“She is doing great! She is a great sleeper and has always loved her food,” Ashley said. “She is now starting to stay awake for longer periods of time, and her sister, Hartley, can get her to smile really big. It’s adorable.” 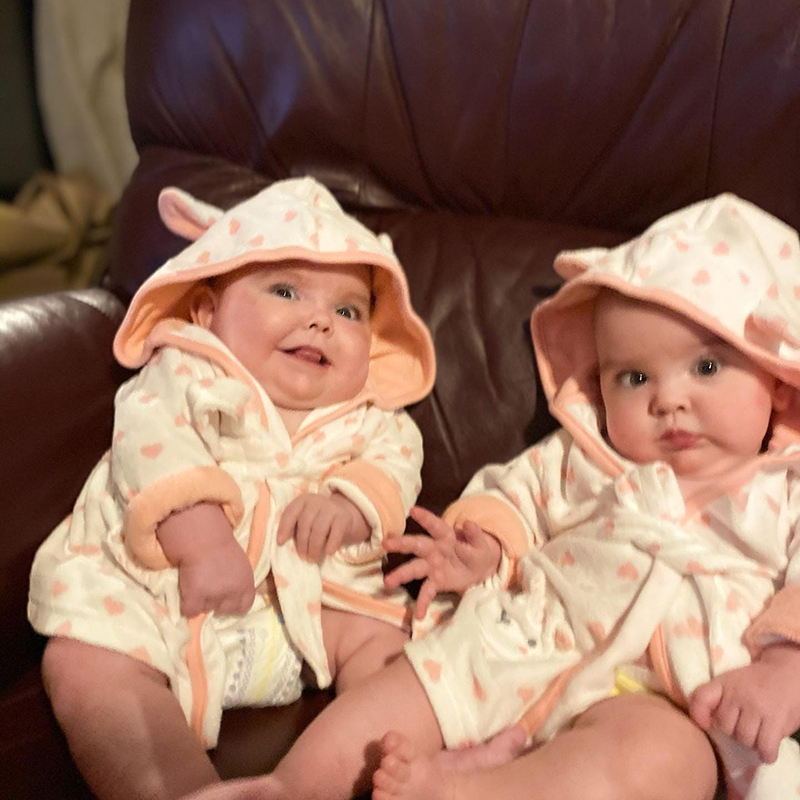 Emma and Eric Drew are the parents of Lena and Delaney Drew, 9-month-old twins born at just shy of 25 weeks’ gestation. The mono-amniotic twins, who shared one amniotic sac and placenta, were hospitalized at Riley for several months before being discharged late last year.

Though they’ve battled their share of illness, the girls are doing well, Emma said. That’s due in no small part to the rules she and her husband have in place.

“We’ve been in isolation since they came home and only take them out for appointments. We ask people to not come over if they’ve been sick or been around anyone sick, and we don’t allow kids at our house due to the increased amount of germs,” she said.

In addition, the couple asks people to change clothes before coming over if they’ve been in contact with kids, to wash their hands and use sanitizer, and absolutely no kissing the babies.

Even Eric must take a shower after work before holding the girls because he handles packages all day in his job with UPS, Emma said.

“I should probably be more concerned (with Covid-19), but this is all just another day for us.” 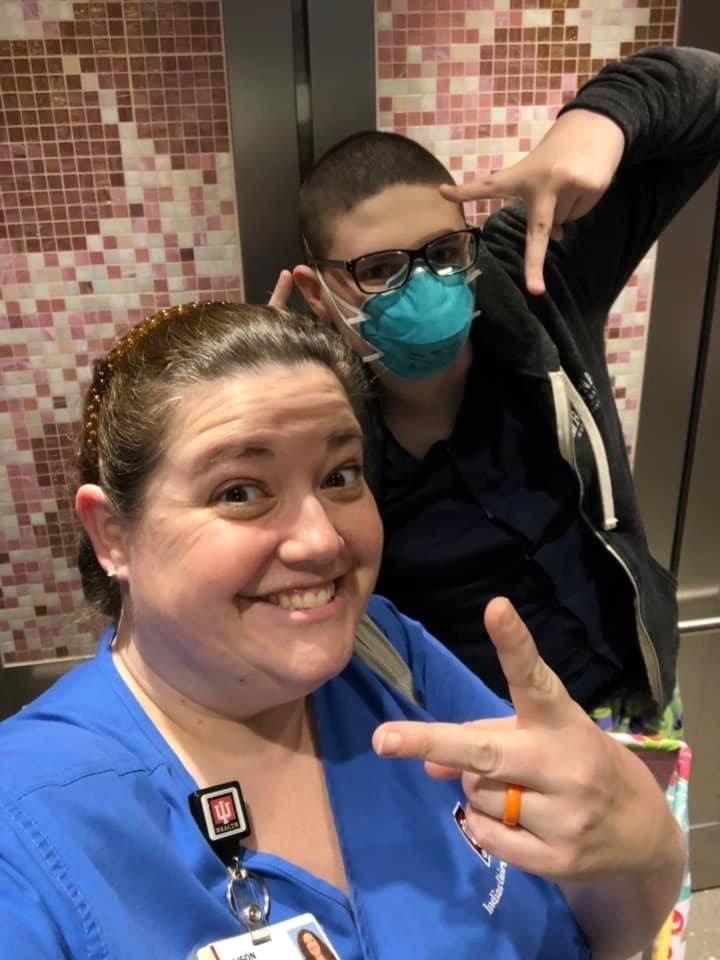 Alison Isenhour has a similar mindset. Her son, Adam, was diagnosed with acute myeloid leukemia on his 13th birthday two years ago. Since then, she and her husband, Derek, have done all they can to protect their son, whose immune system has been weakened by the cancer.

“We have been social-distanced, quarantined, limited to minimal visitors since 2018,” she said. “We’ve barely been to church, museums, sporting events, dances, parties, the zoo, weddings, funerals, the movies, play places since 2018. He doesn’t eat out, go to the store, have friends over, go to others’ homes, shake hands, high five or hug anyone outside our core family in our home.”

Isenhour said the family prays for Adam’s sake and other vulnerable children/adults in the world that people will accept what they are missing out on for a couple of weeks and think about the safety of the people who haven’t been able to experience it for years.

“They would like to be alive to actually live a life outside their home and healthcare facilities’ walls again someday.”

All of the parents interviewed for this story are doing their best to keep their children safe in these uncertain times. It’s their most important job, even as some face the prospect of lost wages as their employers are forced to scale back or close.

“The coronavirus can close the schools, take my job, and even come for me if it wants,” Wilson-Perez said. “But it better stay away from this little boy. He has been through enough in his life already.”

She almost lost her boy, but the stars aligned that January night