Brody Stephens Through Their Eyes At Riley

Those who cared most closely for Brody Stephens at Riley -- the nurses and the child life specialists -- say they saw firsthand how remarkable he really was. He died April 29, but he will never be forgotten.

Salli Overholser did. She was his nurse at Riley Hospital for Children when he came in as a toddler with leukemia. She remembers his spunk and personality, his love of playing Thomas the train in the hospital playroom. The way he would ride around on the IV poles like they were some sort of mobile toy.

Krista Hauswald knew Brody then, too. She was the child life specialist on Brody’s floor. She remembers the way, even then, people were drawn to him. The teenage cancer patients wanted to be around him. She remembers Brody sitting in a chair, pasting googly eyes all over pieces of paper. He loved those sticky eyeballs like only a 2-year-old could.

The world didn’t see any of that the first time around. Brody’s 9-month fight with leukemia all happened quietly and behind the scenes. 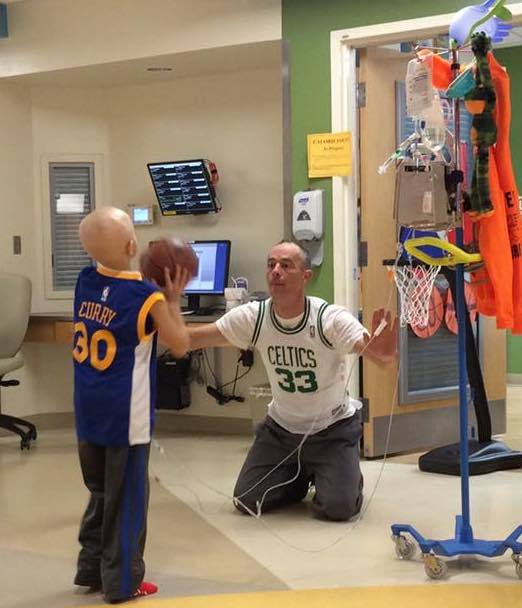 The world didn’t meet Brody until 2016, when leukemia hit him a second time as a 7-year-old. As he touched a nation – a little bald-headed boy dribbling a basketball in the hospital hallway.

That’s when the world met Brody. But the team at Riley has been on this journey much longer than the rest. They were there from the beginning, when an 18-month-old Brody first came through the hospital’s doors.

It was July Fourth weekend of 2010 when Brody was diagnosed with acute myeloid leukemia. It was a disease that meant long inpatient stays for chemo and treatment.

Overholser was there and fell in love.

“Those chubby cheeks,” she said. “There was just something about Brody.”

Hauswald remembers how friendly Brody was. He should have been scared, in a new, big hospital, but he wasn’t. 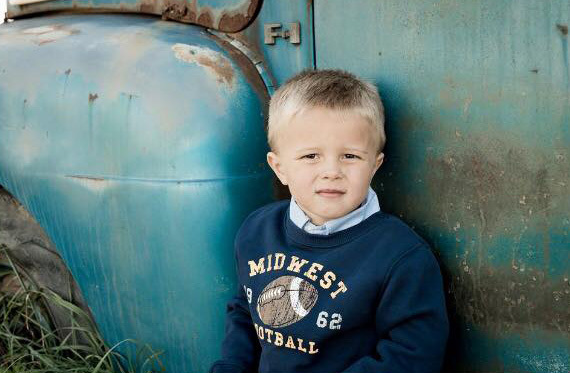 “It was hard to keep him in a certain place,” said Hauswald, who has been at Riley more than 10 years. “He would run around the unit and we would have to chase after him with the IV pole so he didn’t pull out his line.”

“He breezed straight through it,” said Overholser, who has been a nurse on the hematology oncology unit for 18 years. “We had the normal (side effects) but he was fine. He was a trooper.”

And for the next nearly five years, Brody’s tests and checkups all came back clean. And Brody became a standout basketball player.

They never took any of it for granted. Their Brody was a cancer survivor.

But then, just months shy of that magical 5-year mark of being cancer free – that mark every cancer patient waits for – something went wrong. The nightmare was back.

It hit on a basketball court. Jason Stephens was on the sidelines when Brody came up to his dad. He wanted to come out of the game. He was too tired. Jason’s heart sunk.

Brody had been having symptoms, intense fatigue and the family was beginning to wonder. But that day, when Brody didn’t want to play basketball, they knew.

She couldn’t believe it. Hauswald was devastated. She was in the hematology oncology clinic at Riley when the Stephens family arrived in December of 2015.

There he was. Brody. The toddler she had cared for nearly five years ago. He was back and it looked like the cancer was, too.  This time it was a different type, acute lymphoblastic leukemia.

“It was devastating. This shouldn’t happen,” Hauswald said. “All these feelings (came over me). Because, yes, we work at the hospital, but we still are people and we still have all those normal feelings. It was heartbreaking to know he was going to have to go through all this again.”

But Brody, as he often did, made it easier for the people around him.

He was so calm. He didn’t flinch as his IV was placed. He sat there talking to Hauswald, telling her about basketball, how he was on a travel team.

And he latched onto his favorite nurse again, Overholser. The two became so very close this time.

“You wanted to come to work,” Overholser said. “So you could see him.”

There was the time she and Brody played around on eBay, shopping for a monkey – a real monkey. And they found one. When Celia returned to the room from getting Brody the snacks he was craving, Overholser and Brody tried to talk her into buying that monkey.

There was the time Brody hijacked Overholser’s Vocera (the neck-hanging walkie-talkie that staff at Riley communicate through).

Brody figured out how to change Overholser’s name using his own voice. Her Vocera still has Brody saying “Salli Overholser” whenever anyone calls her.

His voice will stay on that – forever, she said.

And there were the times when Brody was weak. 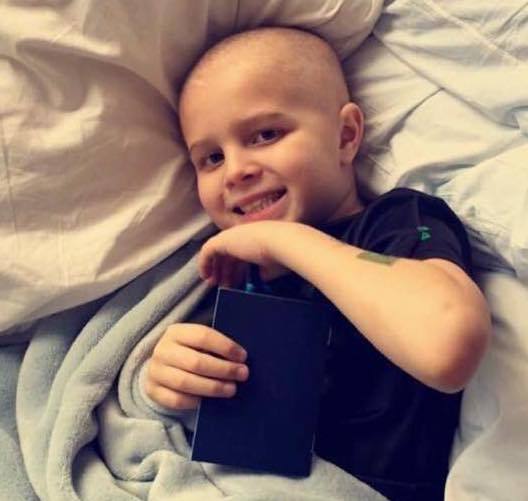 “Sometimes I would just pull up a chair and we would chit chat, before or after my shift,” she said. “We would watch sports. He would tell me about his brothers. It was fun. He was contagious.”

Brody became a superstar in his own right inside Riley.

“The kids knew him around here. They loved Brody,” Overholser said. “They were just star struck.”

Overholser admits. She was kind of star struck herself, more because of Brody’s toughness. There were medical things that happened. Tough things. Brody made it through them, with few complaints, and bounced back.

Everyone at Riley had hope. The family was hopeful, too. Brody had beaten leukemia once. He would beat it this time, too.

But this time, the 16 months at Riley wouldn’t be as easy as the first time around. Brody would beat the cancer, again. But he would die from viral complications. He passed away at 8:25 p.m. on April 29 inside Riley. Overholser still can’t believe he is gone.

Yet, he isn’t really gone. In his eight years of life, Brody left a legacy of just how special and caring he truly was.

Abigail Rainey was walking with a patient past Brody’s room when he called out to her. He had a candy and toy machine with a claw.

Brody was so excited. He wanted to help the girl pick out something special from his machine.

“To me, that was a moment where I saw him reaching out to another child who he could tell was having a bad day,” said Rainey, who has been a child life specialist at Riley for four years. “And he was doing something to try and make her day a little bit better.”

That was Brody’s mode of operation at Riley. Helping other kids. He was known to help explain IVs and central lines and procedures to new patients. It made them feel less scared and Brody liked that. 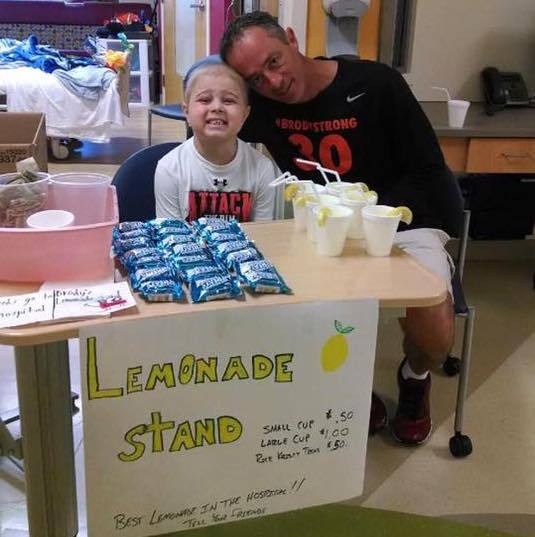 “He was talking to me about what he would want to do with the money he made. If he had a million dollars what would he want to do,” said Rainey. “He looked at me and he said ‘I bet I could do something to help the kids here.’”

And he did. When Brody was released from the hospital, he went shopping with that money and bought a bunch of Lego sets. When he came back to the hospital, Rainey and Brody walked room to room together and passed out the Legos.

“He was always thinking about others,” Rainey said, “and making sure they had what they needed.”

Brody also wanted to make sure other kids knew they weren’t alone and that cancer didn’t define them.

“Brody really showed America that even though you have cancer, you can still be yourself, even in the hospital,” Hauswald said. “You can dribble a basketball. You can watch your sports. You can hang out with your friends.”

And you can fight.

“My, was he a trooper. He just kept going,” said Overholser. “He did not quit. He fought until the very end. In 18 years, I’ve never met a tougher kid than Brody.”