Britton’s heart is still in the game

Britton Helmuth was back on the pitching mound this summer in a COVID-shortened baseball season, and he loved every minute of it.

“He was so happy to be able to play,” Laura Helmuth said of her 14-year-old son, who lives and breathes baseball.

Britton had open-heart surgery at Riley Hospital for Children last year for an abnormal aortic valve. Dr. John Brown and Dr. Jeremy Herrmann performed the Ross Procedure on the teen, taking out his bad aortic valve and putting his pulmonary valve in its place, then replacing the pulmonary valve with a cadaver valve.

The eldest of Myron and Laura Helmuth’s five children said his biggest worry after surgery was whether he’d be able to play baseball again. 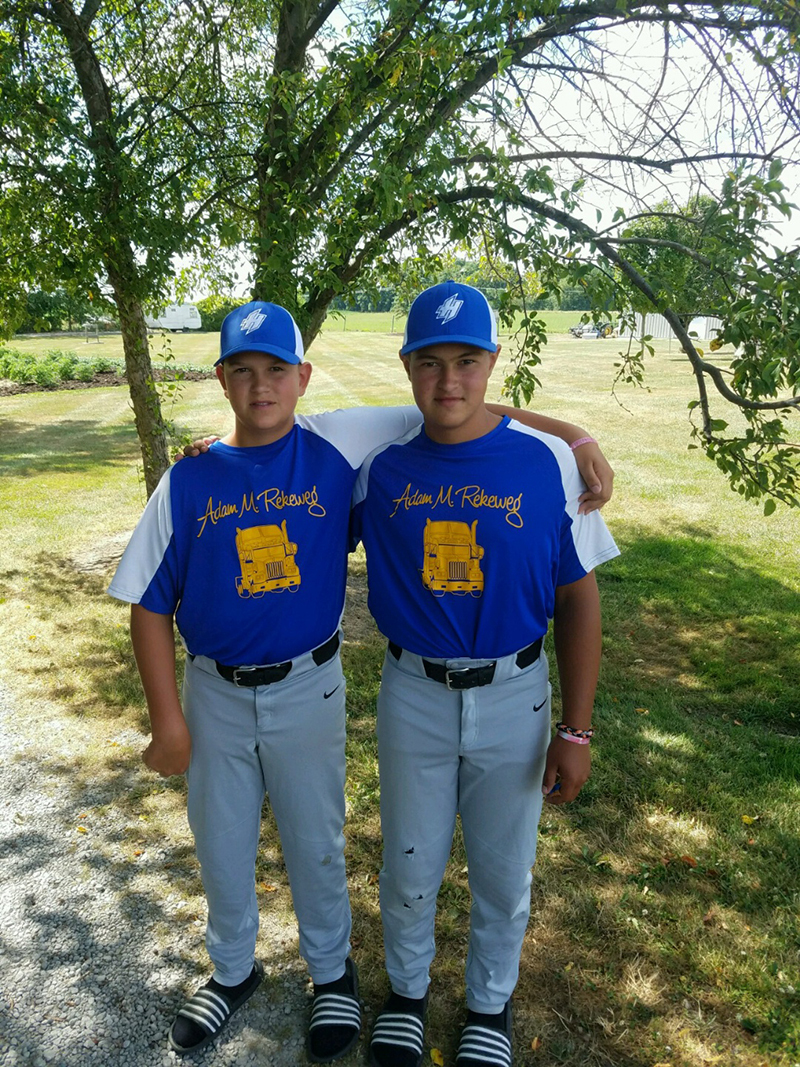 No worries on that front. Britton, a ninth-grader who is home-schooled, played a 10-game mini season this summer, pitching and playing shortstop alongside his 13-year-old brother. The two are great teammates, Laura Helmuth said. Even a losing season this year didn’t dampen their enthusiasm. Both boys played well and had fun, their dad said.

Health-wise, Britton is doing well – his heart is hanging tough on and off the field. The coronavirus is a concern for his parents, who worry that his compromised immune system might make him more vulnerable to the virus. But they are giving those worries up to God.

“We’re praying he doesn’t get COVID, but we’re trusting the Lord,” his mom said.

Last year’s surgery was not the first time Dr. Brown had seen Britton in the operating room. When Britton was just three months old, he was diagnosed with aortic valve stenosis, a narrowing of the aortic valve opening, which restricts blood flow. He was rushed to Riley from a Fort Wayne hospital.

“We almost lost him; that was the true test of our faith for his life,” Myron Helmuth said last year.

Dr. Brown repaired their son’s leaky mitral valve but cautioned them that Britton would need aortic valve surgery someday. That day came a year ago, and while he’ll continue to need follow-up care into adulthood, he likely won’t need another heart valve operation, his doctors said.

The Helmuth family is squeezing the last bit of fun out of summer by vacationing in the woods of Hocking Hills (Ohio) State Park, before home-schooling starts up again in two weeks.

Britton will be 15 in October.