Kids in America are consuming sodium at dangerous levels, levels that may put them at risk for high blood pressure and cardiovascular disease as they grow into adults.

According to a new study in the Journal of the Academy of Nutrition and Dietetics, many American children have developed a preference for foods high in salt and are consuming sodium at levels far exceeding the daily recommended limit.

As a general rule, children should take in no more than 1,900 to 2,300 milligrams of sodium per day, explains Amanda Kendall, a pediatric clinical dietitian at Riley Hospital for Children at Indiana University Health. And that adds up quickly. For example, a snack of turkey meat, cheddar cheese and crackers has a whopping  1,100 milligrams of sodium. Two small slices of pepperoni pizza have nearly 1,300 milligrams. 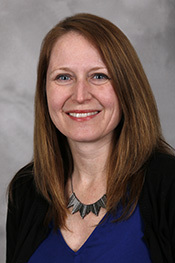 The study, which looked at 2,142 U.S. children ages 6 to 18, used a 24-hour dietary recall for the kids. It found the lowest average sodium intake was among girls, 2,919 milligrams, still well above the recommended level.  The highest was among teens aged 14 to 18, who consumed nearly 3,600 milligrams per day.

“It’s not surprising. Kids tend to mimic what their parents are eating,” says Kendall.  “And we know adults aren’t eating what they should be.” However, most of the sodium kids are consuming isn’t being added by a salt shaker, it’s already in the foods they eat, Kendall says.

“Plain milk is probably surprising to many people,” said Kendall.  “And that’s not one of the areas you would want to cut out of your kid’s diet.” A cup of 1 percent milk has 107 milligrams of sodium, which is moderate. But kids often drink two to four glasses a day. Parents, though, can find other ways to reduce sodium in meals with (hopefully) few complaints from kids.

If you’re on the run and have to grab fast food, ask for French fries without salt and a menu that has sodium counts.

Keep snacks, such as fruits and vegetables in eye sight, toward the front of the refrigerator so they will be more top of mind.

Ditch the microwave popcorn and buy kernels to pop yourself.

Try seasonings other than salt, such as sprinkling lemon or lime juice on foods or opting for garlic and onion powder.

One of the best ways keep your heart healthy is to cut the amount of cholesterol in your diet, but that doesn’t mean you’re destined to a diet of boring lettuce leaves and dry wheat toast.

Back to School: 5 Healthy Lunch Ideas

School is now in full swing and it’s time to start packing brown bag lunches for your kids. If...

How Can I Talk to My Child about Eating and Weight?

Childhood obesity continues to balloon at alarming rates in the United States and is considered a...