Josslyn McClure, 5, is a spirited red-head who is always on the go, her mom says. Diagnosed with infantile scoliosis after she was born, Josslyn has been wearing a cast on her torso for more than a year to correct a severe curve in her spine.

To watch her twirl on the dance floor or run the bases in T-ball, you’d never know this little girl moves with a body cast.

Josslyn McClure, 5, is a spirited red-head who is always on the go, her mom says. Diagnosed with infantile scoliosis after she was born, Josslyn has been wearing a cast on her torso for more than a year to correct a severe curve in her spine. In fact, she’s on her fourth cast, each one adapted to fit her growing body. 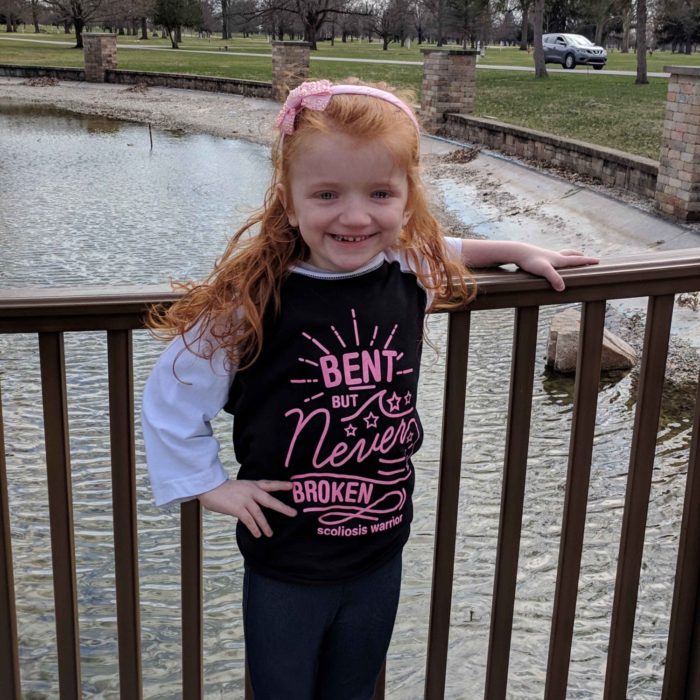 Dr. Tyler Christman, who heads up her medical team in the orthopedics department at Riley Hospital for Children at IU Health, says casting is a viable alternative to surgery and just makes sense for young children. 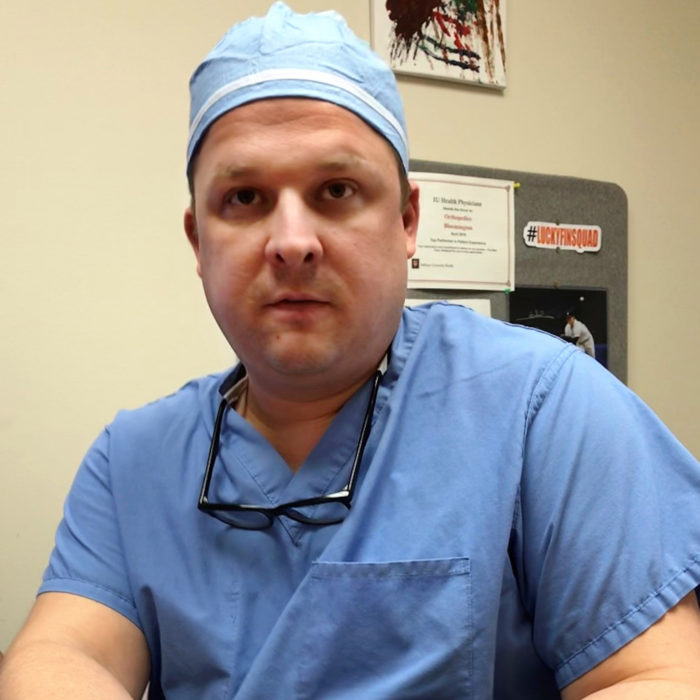 “With scoliosis casting through nonsurgical means, we’re able to slowly correct the spine,” Dr. Christman said. “There’s no incision, though they do go to the operating room and, while they’re under anesthesia, we place traction through their spine. While they’re asleep, we can stretch out their spine, we can de-rotate their curve, then place a cast.”

The first cast stays on for about four months, then they come back for X-rays and another cast. The cycle repeats until the curve has been straightened to no more than 15 degrees. For some kids, that might mean seven or eight casts. For Josslyn, maybe just four. At least that’s what her mom is hoping.

Casey and Joe McClure’s daughter was born three weeks premature, but she didn’t require a stay in the NICU. From early on though, her parents noticed she sat a little crooked, with her head tilted to one side.

“She had physical therapy, and they were waiting to see if when the head straightened out, the back would straighten as well,” Casey said. “It never did. You could definitely tell her shoulder blades stuck out on that one side.”

Infantile scoliosis presents between birth and 3 years of age. It has been linked to chest deformities, fused ribs and neuromuscular disorders. A pure infantile idiopathic curve also can happen without an underlying cause.

Severe infantile scoliosis can lead to problems with the heart and lungs, Dr. Christman said. As a baby develops, he or she would have a progression of their curve and, in extreme cases, would have problems maintaining heart and lung function.

“Without intervention, they would develop thoracic insufficiencies and have a very short life expectancy,” he said.

The Terre Haute couple’s pediatrician referred them to Riley, where they met with Dr. Christman for the first time in 2017. X-rays sent in by her pediatrician revealed a 62-degree curve at the top of her spine and a smaller curve toward the bottom. 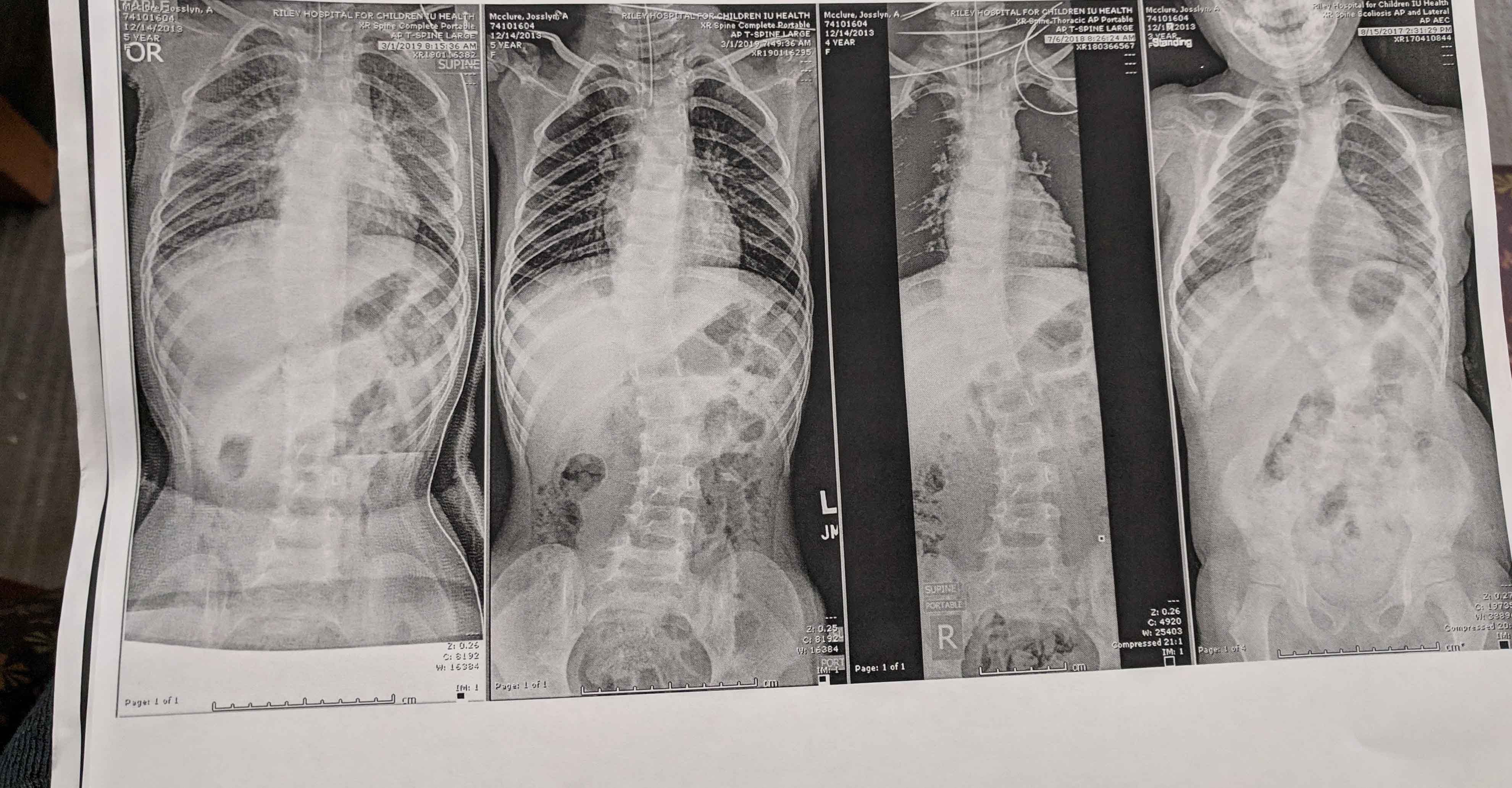 Casey had read about the rods and pins used to stabilize a spine in some surgeries, an idea that terrified her. So while the thought of her daughter being in a body cast was scary, it sounded better than the alternative, she said.

In the end, Josslyn adapted well to the custom cast made in-house at Riley and decorated with donated, patterned duct tape that comes in bright colors. She wears a fitted T-shirt under the cast that can be changed out to protect her skin.

The lightweight cotton and fiberglass cast is not water-proof, so she can’t take baths or swim while wearing it, but she has participated in beginning ballet class the whole time she’s had it on, and she’s about to start her second season in T-ball with the cast.

The pre-kindergartner is now on her fourth cast (her mom has kept them all), and the results have been good. The smaller curve she had is basically gone, and the top curve is at about 15 degrees, her mom said, which could mean the end of her casts when she returns to Riley for an evaluation in July.

“She looks like she’s a foot taller,” Casey said. “She stands up straighter. They always say at dance how good her posture is; of course, she doesn’t really have a choice.” 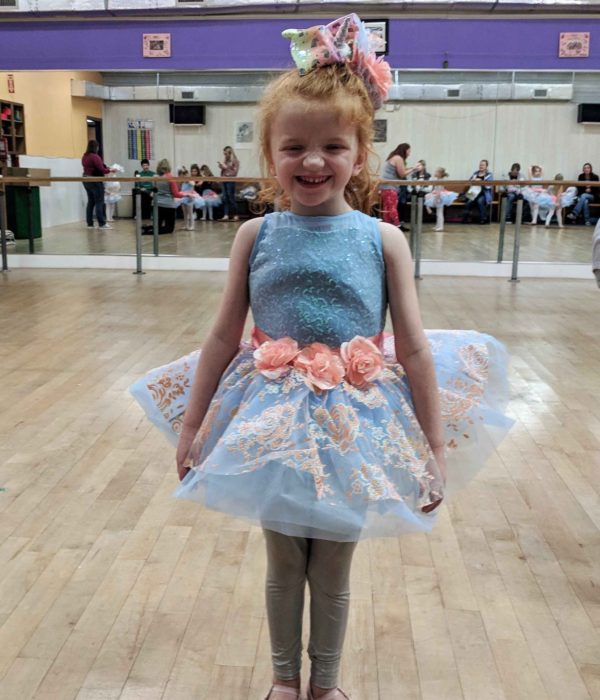 Josslyn has two older brothers and a baby brother she mother-hens, her mom said. She loves unicorns so much that the Riley staff put a cast on her stuffed unicorn that she brings to her appointments.

When the family returns for her appointment in July, Casey is hoping her little girl will graduate out of the casts into a plastic brace that she would wear for a year. They’re already planning to celebrate by scheduling some water activities for later in July.