Nurse Catherine “Bizz” Grimes is passionate about her work at IU Health’s prenatal diagnosis clinic. She specializes in advocating for the needs of mothers addicted to opioids.

She greets strangers with a hug. Wearing a flowing purple tie-dyed top, she smiles – not just with her mouth, but also with her whole face. Her natural curls frame that pleasant face and Catherine “Bizz” Grimes begins to relax and open up about her life as a nurse working with new moms with addictions.

It’s that same relaxed approach that she has become known for when women come to her – afraid of being judged, afraid of missing opportunities to strengthen their maternal responsibilities.

Grimes doesn’t judge. Her approach is as soft as a kitten. That is until she is challenged to make those opportunities a reality. Then the claws come out. She spends countless hours on the phone to pharmacy providers and insurance representatives working to get the support expectant moms need to have a healthy pregnancy. That includes coverage of Subutex, the medication that stabilizes their addiction. And that means multiple phone calls and paperwork. For many of the patients who are on Medicaid, the paperwork can be daunting.  That’s where Grimes comes in. She’s there to help. 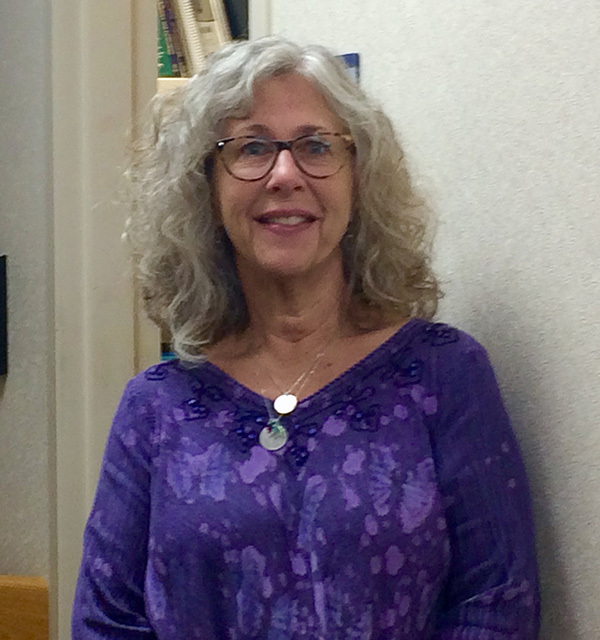 “The more I view this population of patients, the more it’s like protecting my children,” said Grimes, 59, the mother of three adults.  “People don’t understand this disease so they are extremely judgmental. A pharmacist doesn’t question another diagnosis so why ask about this? We’ve been accused of aiding and abetting. I just want to say, ‘don’t try to tell us how to do our jobs. We are here to help.’”

Without Subutex, or a similar medication such as methadone, patients can go into withdrawal. That has the potential of igniting a whole chain of events including a pre-mature delivery and endangering their child’s health and well-being. Grimes and the rest of the team at the prenatal diagnosis clinic are like a fortress – working to keep both mom and baby safe. Often, that threat goes beyond basic pre-natal care and intervention.

“I think of one patient who was pivotal in forming my view of life. She came to us sexually assaulted as a child, her brother and sister were both addicts, her mother and stepfather were alcoholics. All three kids had lived in 20 different foster homes. They regularly saw their father kick their mother in the head with steel-toed boots. The sister had been released from jail for cutting someone’s throat and yet, this patient managed to maintain a 3.40 in high school,” Grimes relates. “Every possible thing that could go wrong with her pregnancy, went wrong. There was so much bureaucratic red tape but she made it through. She was so thankful for the things we did. They are motivated because they are moms. They are motivated because they want to make a change and they have maternal blood flowing through their veins. About 90 percent of the people in this clinic couldn’t survive and persevere what these patients go through. They are amazing. My worst day is nothing compared to that.”

The CDC reports that the incidence of neonatal abstinence syndrome (problems that occur to a newborn exposed to addictive opiate drugs while in the mother’s womb) jumped from 1.5 per 1,000 hospital births in 1999 to 6 per 1,000 hospital births in 2013. The prenatal diagnosis clinic is not just for mothers with addiction; it also provides assistance to mothers with various high-risk conditions. Grimes estimates for the past two years 50 percent of the patients she has worked with are opioid dependent. That number has nearly doubled in the past two years, said Grimes.

“One of the challenges is you don’t know what happens after they leave. Either they report back or we might hear that they were murdered by a dealer,” said Grimes. Another challenge for Grimes and fellow staffers is as the patient population increases, there is less time to spend with each new mom. Starting next month, the clinic will begin implementing a system to track patients after they leave and also introduce centering groups where patients can provide peer support.

“Some of us have a social history that works well with these patients, but they are living it so they can be great support for each other. Everyone in this clinic has worked hard to make this happen because we understand the patients and their needs,” said Grimes, who acquired a knack for research when she pursued her first career as a librarian. Both of her parents – who nicknamed her “Bizz” as a child - were on the faculty at DePauw University in Greencastle. For 10 years Grimes worked as a reference librarian on campus. With an undergraduate degree in psychology she entered nursing school in 2001 – one of the oldest in her class.

Her trail to nursing started in the foothills outside of Denver. Her grandfather owned a cabin on 220 acres and it was during a visit that resulted in a freak accident that she decided to become a nurse. The eldest of four, Grimes and her siblings were enjoying some family time when her sister fell eight feet down a hatch to the cabin’s basement and slammed her head on the concrete floor. Grimes came to her aid and nursed her until emergency crews arrived. Afterward, her sister recognized the nurturing spirit in Grimes and encouraged her to go into nursing.

Early in her career she worked in home health care and in OB – both introduced her to the heartache of patients and families coping with loss.

“There were many times when I felt like I wasn’t doing a lot, not really making a difference but the patients would always let me know how much they appreciated me,” said Grimes. “I often feel like that now with these new moms. Almost 100 percent of them are scared to death to come into the clinic because they are afraid of being judged. You can physically see from the time they enter until the time they leave the shades of gray lifted because they know we are here to help them get healthy and have a healthy baby.”