Holly Paauwe, an employee at Riley, talks about her and her daughter's own patient experience at Riley.

Everyday a flurry of stories unfold within the walls of Riley Hospital for Children at IU Health. Situations ranging from happy and sad to chaotic and calm seep in its surroundings. While some patients end their stay with a clean slate, others exit the doors knowing they will regularly return.

“The struggles are often similar but success can look very different from one child to the next, explains Holly Paauwe.

In addition to being an employee (she’s a Family Leader Care Coordinator for IU School of Medicine/Riley), Paauwe has also been in the trenches. In 2005, her daughter Avery was born with hemimegalencephaly (MEG), a rare condition in which one half of the brain overgrows during development.

“That first night after Avery’s birth, nurses began to notice some concerns and then the seizures started,” she recalls. Overnight, a CT scan was administered and an anti-seizure medication was started. The next morning, Paauwe says, pediatrician Dr. Michelle Saysana personally delivered an update and a suspected diagnosis

“She quietly came in, introduced herself and then sat down right next to me,” recalls Paauwe. “As she started to explain what they saw overnight and now suspected, she purposefully paused and looked me in the eyes to tell me that Avery’s condition had nothing to do with anything I had or had not done during pregnancy. That moment has always stuck with me because, as I quickly learned, it’s not uncommon for moms to react to this sort of news with immediate feelings of guilt. It really takes no time to go to that dark place and immediately look for a reason to blame ourselves when our child is critically ill at birth.”

The baby was then transported to Riley with the family following behind, including an exhausted Paauwe who had just delivered the day before. “Thankfully, my body cooperated,” she says, “and I was released and able to be with Avery. I was so scared, and being able to be with her was everything to me.”

Avery spent the next three weeks in Riley’s neonatal intensive care unit with their team striving to treat the symptomatic issues resulting from her brain malformation. “She was having a lot of seizures and feeding became a safety concern, so a Gtube was placed before we came home,” Paauwe says.

“Even on 3 anti-seizure medications, Avery still had a seizure every 15 minutes, which set us on the course for additional, significant medical interventions over the next few years,” explains Paauwe. Ultimately, Avery underwent a total of four major brain surgeries for epilepsy, as well as intensive therapy, some of which she continues today. 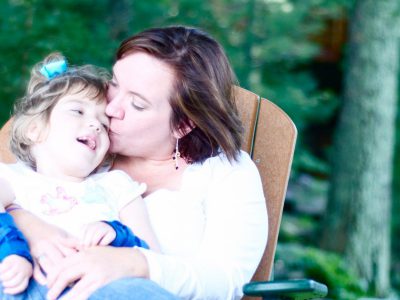 “Avery, now 12, has been seeing Eli, who is a pediatric physical therapist at Riley, since she was 3 years old and I can’t imagine Avery’s life without her care and influence,” says Paauwe. “Eli has an innate ability to deeply connect with kids and truly believes in their ability to make progress no matter where they are developmentally. Avery trusts her in a way I’ve never seen and as a result, Eli is able to push and challenge her to do new and harder things. Avery is always so excited to see Eli, even after 9 years of nearly weekly visits!”

Avery is also a patient of Dr. Kerstin Sobus, a rehabilitation physician at Riley. “She’s a real advocate for her patients,” says Paauwe. “She always goes to bat for kids to make sure their needs get met, whether that’s writing essential prescriptions and letters of medical necessity for therapy or equipment, letters to a school, or helping a family appeal a waiver or service denial. She has been invaluable to us.”

Because of the exceptional care Avery received at Riley, Paauwe was ultimately inspired to consider ways to give back to the hospital. The result: Five years ago, Paauwe made the decision to join Riley’s Pediatric Family Advisory Council (PFAC), a committee comprised of past patients, their families and staff that advises the hospital.

“I’m so passionate about family centered care, which includes not just medical needs, but social and emotional too and this group strives to continually address that. PFAC provides opportunities for families to offer ideas on improvement and ask different questions. It’s a rewarding experience and a huge strength to Riley. Not all children’s hospitals have an advisory group that is as supported and championed as we are by Riley’s executive staff. They genuinely want our input, but more importantly, they understand that they need it to be even better.” 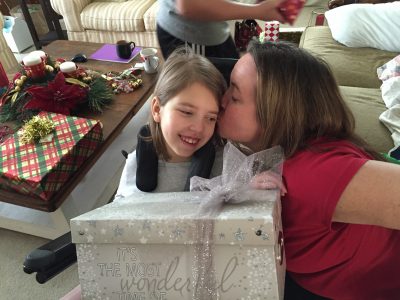 In the meantime, Avery, now a fifth grader at Nora Elementary is happy and thriving. “She still faces a lot of physical and communication challenges due to her diagnosis but she is a sweet, engaging child who is full of so much joy. We enjoy every moment we can and try to live life like a typical family, challenging the norms and boundaries when possible. ” says Paauwe.

And what about a picture perfect ending? As in many cases, beauty is in the eye of the beholder.

“Avery’s surgeries were never going to ‘cure’ her and despite our hopes, they didn’t bring her the best outcome possible, but I wouldn’t change things,” says Paauwe. “Because it’s the difference between having Avery here with our family today or not AND allowing her a greater quality of life in the process. Stories and outcomes, they can all end differently. ”Modern medicine couldn’t provide a cure or a complete fix for Avery’s challenges, but that’s okay,” she says. “For her, ‘success’ or whatever we label it looks different and we take pride in that. Our hope is that others will see themselves in Avery’s story and feel represented and able to take pride in their child’s own kind of success too.”

When to Call the Doctor About Your Newborn

Part of the joy of caring for your newborn baby is learning his or her expressions and moods. While...

What Are the Health Benefits of Breastfeeding Versus Formula Feeding for Moms and Babies?

In the United States, 77 percent of new moms breastfeed their babies. The Center for Disease Control...

Hope for Our Smallest Heart Patients

Riley at IU Health celebrates a decade of helping patients with the Berlin Heart. Severe...