Beyond nursing, she wants patients and parents to know “I’m here if you need me”

Mary Claire Fagan grew up with a physician as a father, but it was the nurses who inspired her career.

As a kindergartner, Mary Claire Fagan loved nothing more than going to work with her dad, then a physician in Bloomington.

She would plant herself on a chair or at a desk and watch with intense interest as the nurses went about their jobs.

“I idolized those nurses there and I loved to hang out with them,” she said. “It taught me nothing about nursing, but it gave me a good feeling.”

So perhaps it’s no surprise that she turned that feeling into a healthcare career.

Fagan has been a nurse on the PICU at Riley Hospital for Children since July 2019 and was a tech on the unit for a year before that.

“I love that you never know what kind of patient you’re going to get on the PICU,” she said. “As a new nurse, you need a supportive group around you in the ICU and because of the people around me, I was able to feel comfortable as I progressed to patients with higher acuity.”

She laughs though when she remembers her first week or two on the job as a nurse.

“As a tech, I could always say, I’ll get the nurse, but then I looked around and realized I was that person. I kept thinking I should be in teal scrubs right now.”

She’s only half joking, but she has learned a lot in the past 18 months on the job. Not just nursing skills but how to really be present for her patients and their parents.

Visitor restrictions typically mean only one parent is allowed to be with the patient, which puts a lot of stress on that person, Fagan said.

“It’s made me realize they also need someone to support them, whether it’s grabbing a cup of coffee for them or whatever it may be. As much as it’s about the patients, it’s also about these parents,” she said.

“They’re also struggling. If there’s anything I can do for a patient or a parent, I want to be that person for them in these critical moments. Beyond nursing, I want them to know, ‘I’m here if you need me.’ ”

On her busiest days, she knows there’s always a nurse nearby ready to help her when needed.

“I couldn’t feel more supported, so it makes me motivated to do my very best. I want to grow in the PICU. I want to be that person for new nurses, too.”

One of those people for her has been PICU nurse Kelsi Lawless.

“Kelsi is always very helpful to me, very supportive and positive. She’s like my wing woman. I look up to her a lot. She is a patient’s advocate, whether she’s had that patient for a day or for a month. That’s something I strive to be.”

For her part, Lawless describes Fagan as “such a positive person and an amazing nurse.”

“She always is going above and beyond. She has spent a lot of shifts with COVID patients too. She’s just an angel to our patients, truly.”

Caring for patients with COVID-19 remains challenging, but Fagan said it has helped her hone her critical-thinking skills. And as more is learned about the virus, she believes the unit has gotten into a better rhythm when providing care. 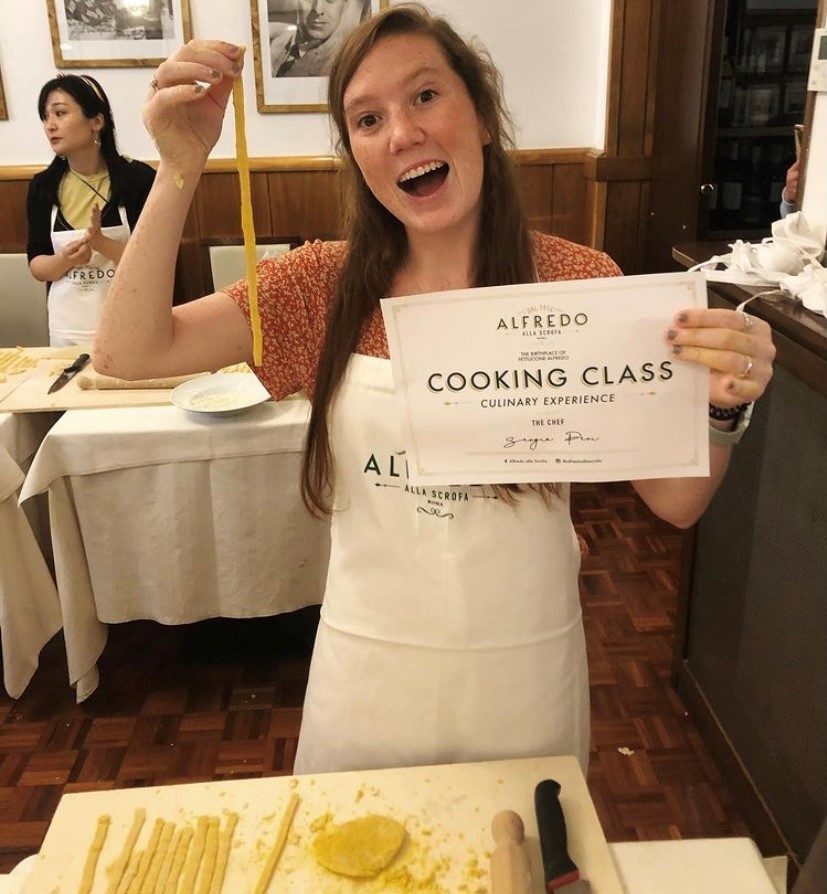 Outside of work, Fagan enjoys the occasional road trip in normal times but says she’s a homebody at heart, preferring to spend time with family. (Although there was that one time a couple of years ago when she says she decided to be adventurous for once and go to Rome.)

She was thrilled earlier this month when her grandmother was able to get her first COVID vaccine at Riley and looks forward to the days when she can hang out with her again.

Fagan thrives on routine and that includes her palate. Buttered noodles is a staple.

When her co-workers saw a tiny bit of pesto on the pasta she was eating in the break room recently, they gave her a hard time, knowing that she’s a picky eater.

“My unit has a pretty good read on me,” she laughed. “They know my quirks.”

Fagan is eager to learn all she can in the PICU, then perhaps take on an educator role in some form.

“I want to be the person people can go to and learn from,” she said.

One of the things she has learned is that being there for all of the critical moments in a patient’s journey is not as important to her as being present for the smaller moments – the laughs and the smiles.

“I was obsessive at the beginning about being there for the big things. But now I realize that my goal is just to brighten someone’s day. Sometimes it’s the little things that make a difference.”

She recalls a former patient who was only on the unit a day or two for observation, but Fagan connected with the child’s mom in that short amount of time.

“They were the sweetest family. With only one parent being there, I felt like it was my responsibility to say, ‘I’m here, I can be that second person for you.’ ”

She received a letter from the mom a month later, which still amazes her.

“It’s crazy to me that in those scary moments with their child that she sat down afterward and thought of me. I’m thinking I’m the last person she should think of. She is the one who was so strong here in the hospital taking care of her baby.”

Sometimes it’s the little things that make a difference.