Before He Saved Tiny Hearts At Riley, Dr. Hoyer Was A U.S. Air Force Major

His home base now is Riley. His mission is centered on tiny hearts. His duty is to save sick babies and children. He does it with compassion and with strength.

U.S. AIR FORCE AIRMAN’S CREED
I am an American airman.
I am a warrior.
I have answered my nation’s call.

His mission now is centered on tiny hearts. His duty is to save sick babies and children. He does it with compassion and with strength.

But on another day, in another time, Mark Hoyer, M.D., had a different mission. It was to serve his country.

Dr. Hoyer is a veteran of the United States Air Force. In medical school, he was a second lieutenant. During residency, a captain. And on active duty service, Dr. Hoyer was a U.S. Air Force major.

But for the past 17 years, he has called Riley Hospital for Children at IU Health his home base. He is a pediatric cardiologist and serves as director of cardiac catheterization and interventional cardiology.

He is protecting lives. He is saving lives – just in a different way.

I am an American airman.
My mission is to fly, fight, and win.
I am faithful to a proud heritage,
A tradition of honor,
And a legacy of valor. 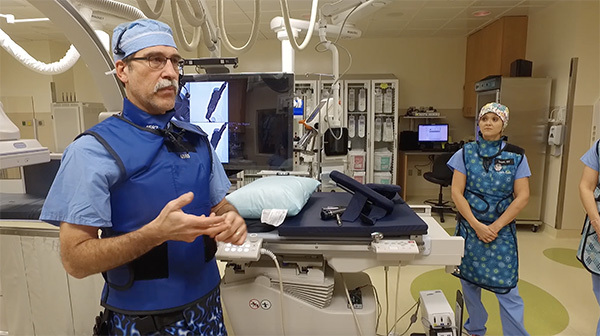 “I’ve always had a love of studying the heart, the circulatory system,” Dr. Hoyer says.

He was intrigued by it even as a medical student. He felt at home assessing cardiac physiology. Dr. Hoyer loved it then. And he still loves it. One of his favorite parts of the specialty is the variety.

“I’m doing one thing one minute and something completely different another time,” Dr. Hoyer says. “It keeps it interesting and challenging and that’s the variety.”

Dr. Hoyer might be taking care of child who has a hole in the upper chamber of her heart. Or a child who is getting a stent put in the aortic arch. He may have a baby with his heart pointed the opposite direction in his body.

Just last week, he cared for a 7-year-old patient who received a stented valve.

“That will last him a good 10 years and keep him out of the operating room,” Dr. Hoyer says. “And we avoided surgery altogether.”

I am an American airman.
Guardian of freedom and justice,
My nation’s sword and shield,
It’s sentry and avenger.
I defend my country with my life.

Born and raised in Ohio, Dr. Hoyer chose the University of Notre Dame for his pre-medical training. 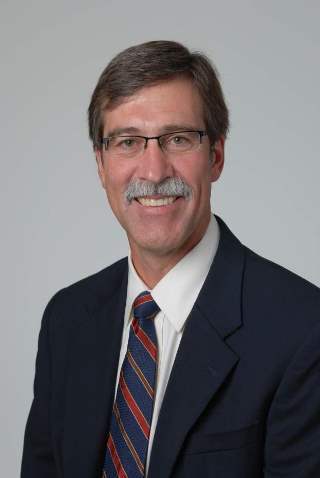 He was smart -- and he was athletic. He had played tennis his whole life and he was good enough to play at Notre Dame.

Dr. Hoyer went on to Ohio State University for medical school – and signed on for the Health Professions Scholarship Program. In return for military service, the program helped with tuition and a monthly stipend for medical school.

The experience he gained was immeasurable. For his orthopedics rotation, for example, Dr. Hoyer was at Andersen Air Force Base. His emergency medicine training was at Keesler Air Force Base in Biloxi, Miss.

After medical school, he completed his pediatric residency at Wright-Patterson Air Force Medical Center in Dayton, Ohio. And then he went on for more training, doing a pediatric cardiology fellowship at Children’s Hospital of Pittsburgh.

After that fellowship, Dr. Hoyer served his military time at Lackland Air Force Base in San Antonio. He saw his position there as a crucial one.

“Our mission was to support the flight line,” he says. “And the flight line was all of those people and parts and pieces of the puzzle that are important to keep the mission of the Air Force going.”

Dr. Hoyer’s job was to allow pilots to be trained and skilled and ready for missions to be completed.

At Riley, his mission is similar. Helping the child, as well as the family, prepare for the road ahead. And look forward to the future. 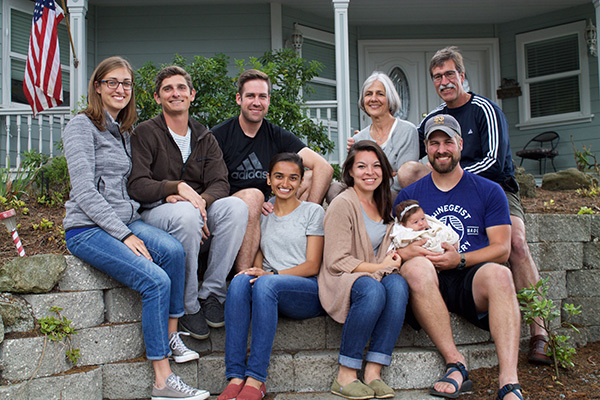 Personal: Dr. Hoyer has been married for 35 years to Maureen. The couple has three grown children, three grandchildren with two more on the way.

Outside of Riley: Dr. Hoyer still enjoys tennis and plays weekly. He also participates in United States Tennis Association tournaments. He loves spending time with his wife and family.

Military bonus: On a military medical mission trip to El Salvador, Dr. Hoyer treated children who came in on buses from their villages. It was right after the Salvadoran Civil War had ended. It was still a dangerous place to be. Dr. Hoyer’s team was escorted and supported by Navy seals. They stayed at a military base in El Salvador at night.

Dr. Hoyer sums it up: “It’s been a blessed run. My kids and their kids are healthy. You can’t ask for anything more.”

I am an American airman.
Wingman, leader, warrior.
I will never leave an airman behind,
I will never falter,
And I will not fail.