Beauty, and the beast of cancer

Chaleece Leckron beat non-Hodgkin’s lymphoma at 16. “Little did we know that six years later, she again would be called to put on the armor of God and live this nightmare all over again.”

Chaleece Leckron has stared down cancer twice. She didn’t blink, but cancer did.

Now 22, the Columbus woman has been in and out of Riley Hospital for Children since she was 2 – first with autoimmune hemolytic anemia, then meningitis, a stroke, seizures.

But it was the cancer that threatened to cut short her life at just 16. Then again at 22.

Non-Hodgkin’s lymphoma is cancer that originates in the lymphatic system, the disease-fighting network spread throughout the body. 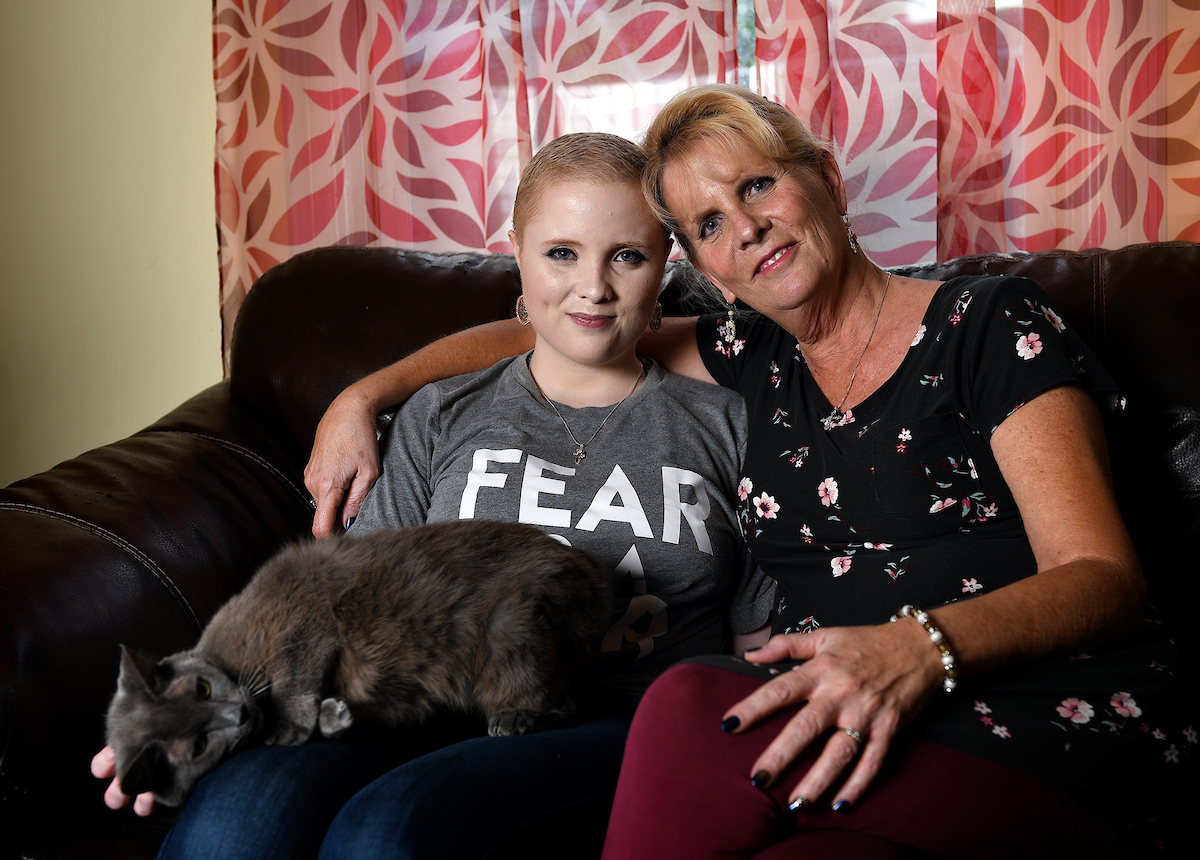 “She has had it rough,” Kim Leckron said of her daughter, the youngest of Jim and Kim Leckron’s five children. “We lived at Riley for five months when she was 16.”

At the time, Chaleece was a cheerleader and ballet dancer, and she couldn’t wait to get back to school and dance after she rang the bell at Riley to signify the end of chemo.

She couldn’t have imagined that she would be locked in the same battle just days after turning 22.

A Facebook page called Cheer for Chaleece has a huge following on social media, as does her TikTok page, where she is known as Ginger Juliet. The social media app lets users share short videos with followers. In Chaleece’s case, that would be a staggering 418,000 people.

“She tries to be a positive role model for others going through tough times,” Kim said.

Sometimes that’s through hair and makeup tips, maybe some Disney inspiration or a dose of spirituality.

“She has brought a lot of people to God through her faith,” Kim said. “The more she can help people, that’s her goal.”

Plenty of people turned out to help Chaleece and her family through both bouts of cancer, but it was her Make-A Wish in 2013 that spread joy throughout Columbus and beyond. 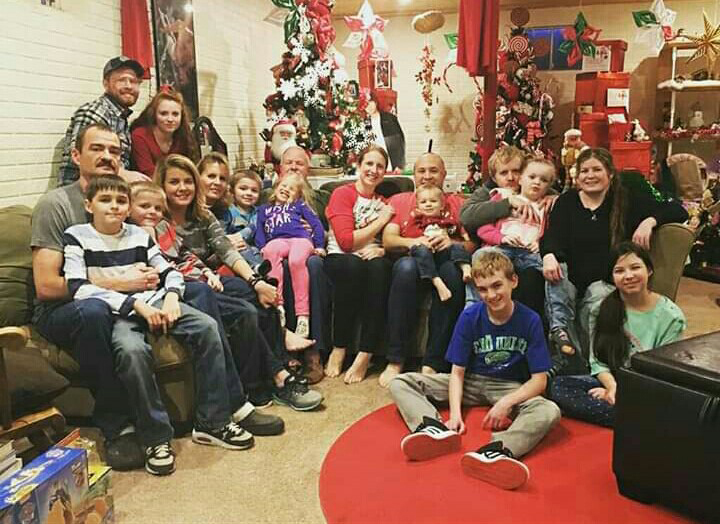 Chaleece decided she didn’t want to go to Paris or Disney World or any of the other places kids sometimes pick. She wanted something a little more permanent. She wanted to have a “forever Christmas room” in her home because it reminds her of happy times with her large family.

So employees of Macy’s department store descended on the family’s home while she was in school one December day to turn the basement into a Christmas wonderland, complete with trees and presents. 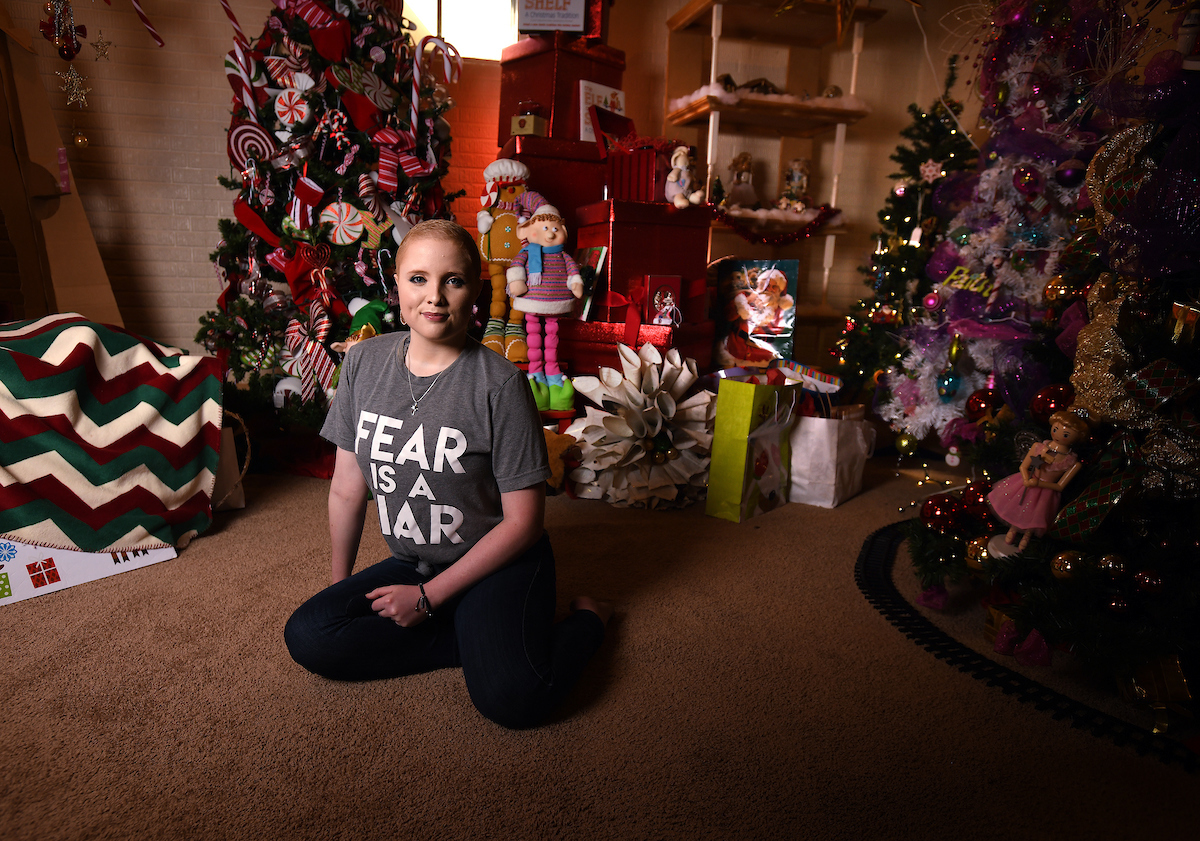 To this day, it remains her favorite room in the house.

Chaleece went on to graduate from Columbus East High School in 2015, where she cheered all four years. In 2017 she became a licensed cosmetologist, a dream of hers since she was 8.

When the cancer returned in April of this year, Kim was devastated for her daughter. But they faced it together as a family once again. They discussed the benefits of a stem cell transplant, but in the end they decided to do chemo again.

“I made it through chemo once before, I’ll do it again,” she vowed.

And so she did, under the care of Riley oncologist Dr. Terry Vik.

Earlier this month, Kim posted on the Cheer for Chaleece page:

“For the last six years, September 9th has been a celebration in our family. It was the day that my faithful, brave and beautiful 16-year-old daughter rang the bell at Riley signifying she was cancer-free. This will always be a day of Thanksgiving and remembrance of a long and hard-fought battle that no child should have to endure. Little did we know that six years later, she again would be called to put on the armor of God and live this nightmare all over again. On August 5th of this year, she received the news that once again she is cancer-free.” 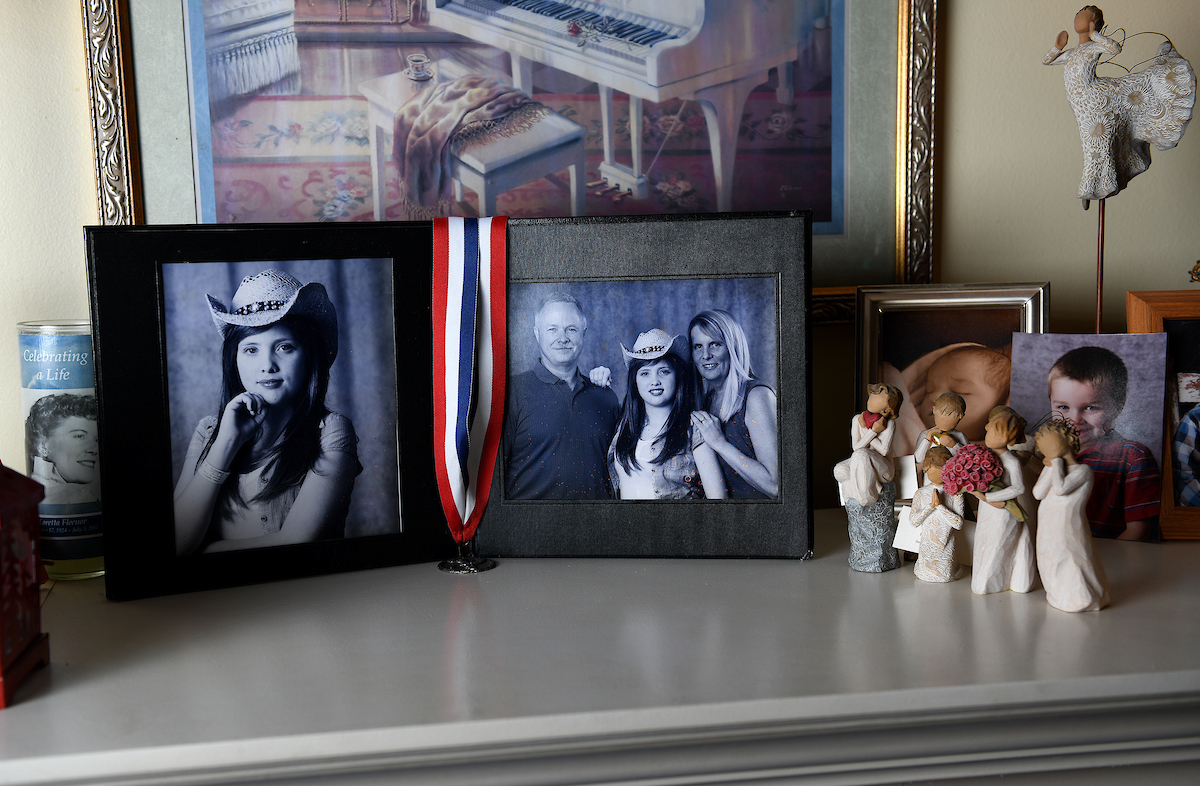 After being knocked down more than once, Chaleece said she draws her strength from her faith, her family and her friends.

“We are a very religious family,” she said. “I always lean on God to give me that strength, keeping a positive mindset and doing things I like to do, listening to music, being with family and friends.”

The first time she had cancer, which started in her bladder, her closest friends cut off their hair as she lost her red, wavy locks. By the time the cancer returned, this time on her neck, her hair again flowed well past her shoulders. She lost it again but today she has a soft patch of new growth ready to take off.

Chaleece, who tires easily, has spent the summer working at a farmers market and building up her cosmetology clientele. Her father is building her a beauty salon in the garage of the family home.

She has dreams beyond the beauty business, though she said she loves to work on older women and listen to their stories.

Ultimately, she said, “my big dream is to help people get through struggles like this.”

Just as her prayer warriors have helped her through her illness.

“There is still a lot of anxiety, but we are believers,” her mom said. Her prayer is that Chaleece “can move on with her life out from under the shadows of this disease and live a long, happy, healthy life to come.”