Barbies and babies and more, oh my!

The Riley Cheer Guild toy room is buried in Barbies and baby dolls after a Facebook post yields thousands of donations.

Barbies and baby dolls have taken over the toy room of the Riley Cheer Guild, thanks to a flood of donations over the past week.

“I’ve been moving Barbies and babies all day,” said an exhausted Ann Hannan, director of the Cheer Guild.

Boxes and boxes of Barbies began pouring in to the Cheer Guild at Riley Hospital for Children after a Facebook post last week alerted supporters to a need to replenish the shelves in the toy room.

That post was shared 3,400 times, and the result was an astonishing 2,500-plus Barbies being ordered through the Cheer Guild’s Amazon wish list.

Astronaut Barbies, firefighter Barbies, physician Barbies … The iconic Barbara Millicent Roberts (Barbie’s given name) turned 61 this year, but she still doesn’t look a day over 25. She has had over 200 careers and even traveled into space four years before Neal Armstrong walked on the moon.

In 1992, Barbie ran for president for the first time, and in 2016, she ran with the first all-female ticket. In 1973, she saved lives as a surgeon at a time when few women were in the operating room, and in 1985, she moved into the boardroom as CEO. To encourage more girls to explore STEM fields, Barbie has also been a computer engineer, video game developer and robotics engineer.

“We expected a good response because people have been so supportive of us, but that Barbie post just lit on fire,” Hannan said. 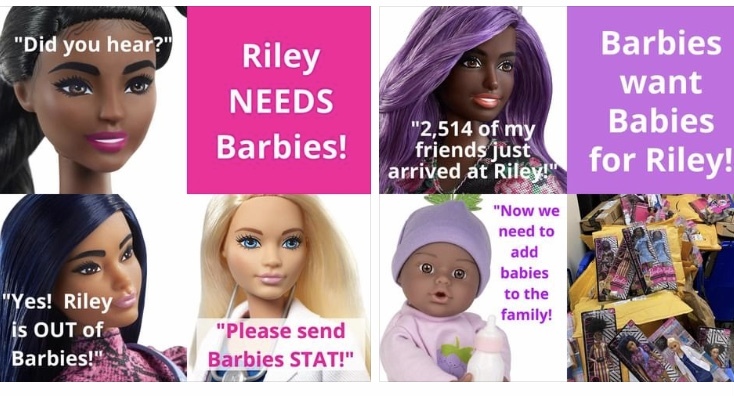 Once the Barbies started to arrive, Hannan noticed that dolls were in short supply, so an updated post suggested that people consider donating baby dolls. Now, hundreds are on their way to Riley, including superhero boy dolls.

“If you didn’t have a chance to send Barbies yet, please consider sending adorable babies,” Hannan said. 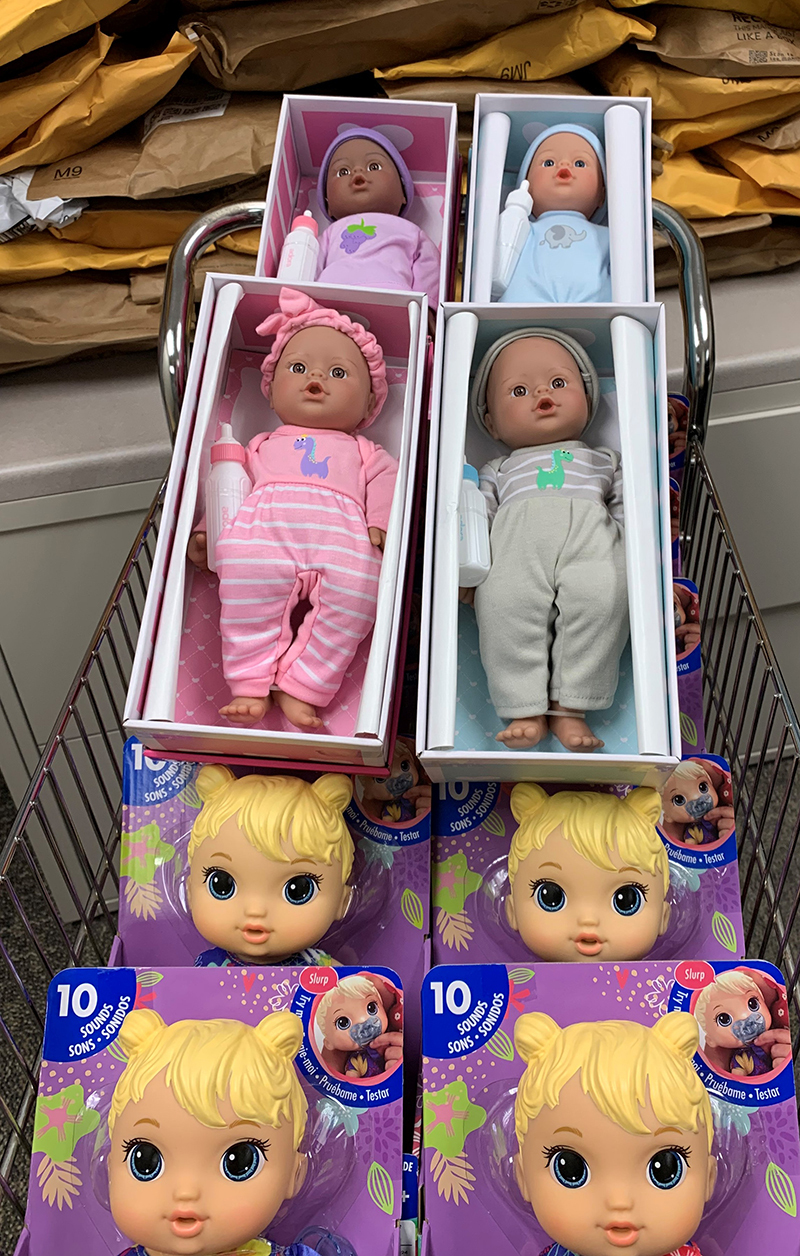 For safety reasons, the Cheer Guild is only able to accept new dolls in their original packaging. Additionally, due to COVID-19, the Guild is requesting that items be shipped rather than dropped off when possible.

The dolls will be given to Riley patients throughout the year.

Donors commenting on the Facebook post were pleased to be offered an easy, meaningful way to help the Cheer Guild, which not only supplies age-appropriate, safe toys to patients but also funds clinical programs and hospital grants.

“My daughter goes to Riley and has been a recipient of one of these toys from the Cheer Guild. I bought two Barbies for this.”

“You’ll be getting 17 dolls that arrive tomorrow. God bless.”

“Just sent five! Love Riley and what they do.”

“Sent one of each! Happy to help fill the shelves for the kids!”