Now fighting his second battle with Ewing sarcoma, 17-year-old Austin Hewitt will give us an inside look at teen cancer. The good days and the bad days. The fear. The joy. The battle. Follow Austin starting Friday morning – as he gets his first treatment at Riley -- on our Facebook Live series: #AustinBattlesCancer

The day after prom in April of 2016, Austin Hewitt noticed a sore on his big toe. He thought he must have stubbed it or someone might have stepped on it during that wonderful night of dancing.

But the sore didn’t go away. It swelled.

A doctor diagnosed him with gout and prescribed medicine. After no improvement and with Austin in severe pain, he was sent for an MRI and then a biopsy.

His mom, Tonya Hewitt, got the call just before Labor Day. Her 15-year-old son’s swollen toe was a rare form of bone cancer, Ewing sarcoma, and the road ahead would not be easy.

Just days later, on his 16th birthday in September, Austin was at Riley Hospital for Children at IU Health getting his chemo port put in and having a bone marrow biopsy.

He spent countless days sick in his hospital bed, nauseous and weak. He had setbacks, the ones cancer throws at random, and spent time in intensive care. 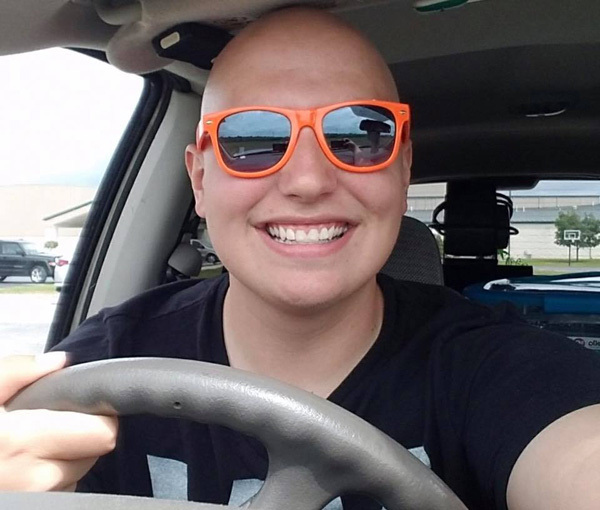 Through that first battle with cancer, his music and show choir group, Encore Singers, kept him going.

“This group has been my backbone,” Austin said at the time. “They’ve really just kept me together and held me together."

Inside the choir room at Eastern High School, Austin’s spot was left empty, so members could be reminded to think of him when he wasn’t there.

The kids rallied around Austin, every step of the way, said Karol Evenson, choir director at Eastern. And Austin was there for the choir group, too.

Tonya had to reschedule chemo just so Austin could be at the concerts.

“Because missing one?” his mom said. “That’s not an option for him.”

Just weeks after starting chemo, Austin had a fall concert. Of course, no one expected him to be there.

“He was bound and determined he was going to sing and dance for that concert,” said his grandma, Linda Flodder. “He shoved that tumor into a pair of dress shoes and he danced. And I cried through the whole thing.”

Austin was smiling on stage, but Flodder knew he was in pain. He was dancing, but he had a limp.

He was singing, but in the back of his mind was that terrible thought that kept popping up: “I have cancer.”

His world came to Riley

He was barely old enough to toddle around when he started belting out songs and dancing. His family called him Elvis, the way he swiveled his little hips. 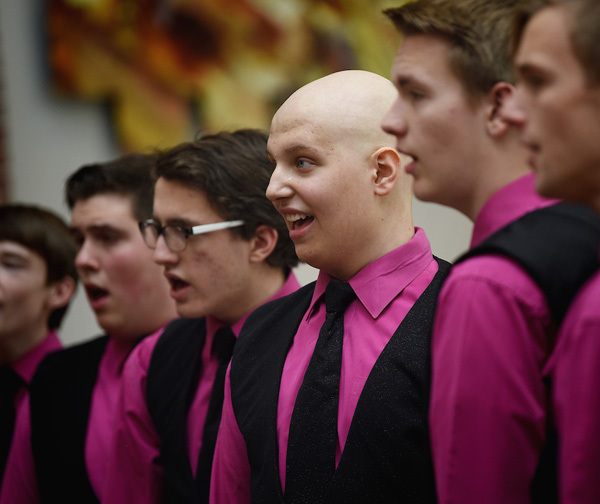 Austin has been in more civic theatre performances than can be counted. He made the elite show choir as a freshman -- a rare feat at Eastern High in Greentown.

And so at Riley, Austin had a dream. He wanted his show choir to come to the hospital. To sing. And he had a song he wanted to sing with them.

Inside Riley in December of 2016, Austin was singing about his life. Port accesses and blood transfusions. Cups of pills and saline bags.

“Singing and dancing -- this is his world,” his mom, Tonya said inside the recording studio in Riley’s Child Life Zone.

Austin had written a song about his battle with bone cancer called “Twelve Days of Chemo.”

The song had come to Austin as he was lying in bed, having just finished yet another round of chemotherapy. He couldn’t sleep and an idea came to him.

He should write a song about this journey that he never really wanted to be on. The journey of bone cancer.

Little did Austin know at the time that he would battle not one of those journeys – but two. 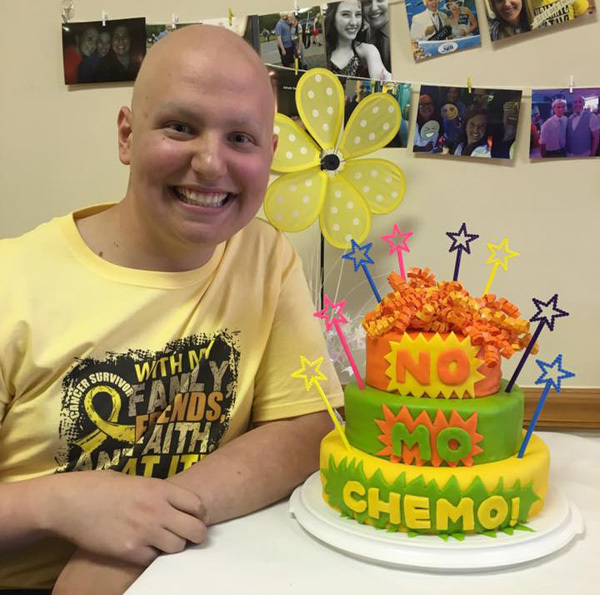 He was declared in remission from cancer on June 20, 2017. He rang the bell, dancing his way down the halls of Riley. Nurses cheered. His family cried.

Austin had lost a lot from cancer – his big toe had been amputated. His time with friends cut short. But their battle was over.

He was always a wise, thoughtful teen, but Austin became wiser having fought cancer. He had a new outlook on life. On the year anniversary of his diagnosis in August, he talked about what hearing the words “You have cancer” felt like.

“Hearing the word cancer was not what I thought it would be,” he said. “I think that’s because the shock of it doesn’t hit for a little while. Once it hits, it’s pretty devastating. You start to do the ‘what ifs’ and the ‘whys’ and your mind starts racing with everything while trying to comprehend what’s going on.”

Austin talked about the worst parts of the disease.

“All the time you miss. You miss things at school. You miss hanging out with friends. You are there all the time trying to stay healthy,” he said. “The pain that was the result of my cancer will never hurt more than the memories I missed out on from being in the hospital. Another really bad part about cancer is the ripplremise effect. It doesn't just stop when you are in remission. There are lasting effects that might never go away.”

And Austin learned so much.

“I value people more,” he said. “I now understand the good of having people in your life that are good influences and keep you positive. I value life more.” 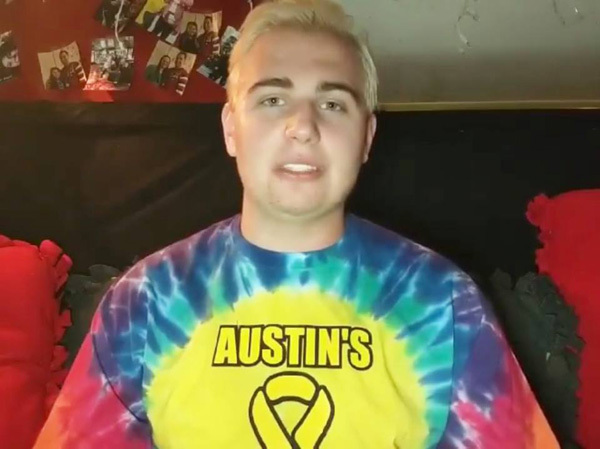 He was back at Riley in June, like Austin was every three months, for his CAT scans, MRIs and blood work. Until this day, they had all been clear.

But on June 15, the MRI revealed a tumor in Austin’s foot, the same foot the cancer was before. This time the tumor is in the talus, the bone that makes up the lower part of his ankle joint

“As you can imagine, we all are in shock,” his grandma Linda Flodder said.

And now begins the journey. Austin’s second battle with cancer.

Friday morning, Austin will get his first treatment at Riley. We will be there live, launching the start of a raw and emotional look inside Austin’s fight with cancer.