At Last, A Kidney Is Coming For Henry -- On His 4th Birthday

He’s sitting in a hospital bed, his legs crossed, decked out in a colorfully, star-studded, dark blue robe – and Henry Whitacre is giggling to his core. Laughing with pure, unadulterated joy.

After all, Henry knows pain and he knows the brink of death. He’s had 35 surgeries in his short life.

And yet, on this day, as Henry sits there hour upon hour for the hemodialysis he gets four days a week, he can’t stop laughing.

Henry’s favorite nurse, Shannon Anderson, is there to keep him company. 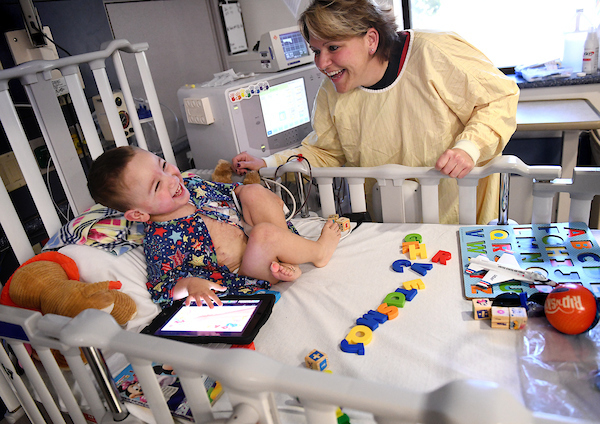 “Why are you poking your eyes?” she asks Henry as he pulls his eyelids up. “Why not?” Henry says with an adorably ornery look on his face.

Henry then takes his toy letters and starts spelling out funky words.

As Anderson tries to pronounce the words he has arranged – some that come out sounding really silly -- Henry falls forward in hysterics.

Everyone in dialysis at Riley is in love with Henry and has been rooting for Henry – ever since he came to the hospital at four months old.

And now, as he gets ready to celebrate his fourth birthday, come July 18, they are thrilled at the gift he will receive. The most incredible gift a boy like Henry can get. 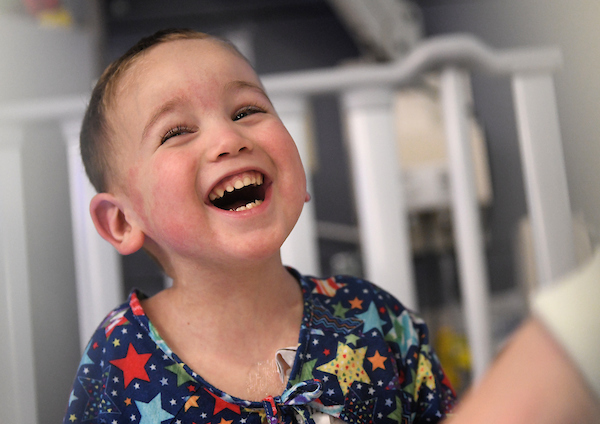 “We really didn’t think he would make it for a while,” says Anderson. “There were several times we didn’t expect him to be a functioning child. There is no explanation for it -- other than he is a fighter and he is resilient.”

Oh, yes, is Henry ever resilient.

Henry’s mom Emily is sitting in a yellow gown telling Henry’s story, revealing the ups and downs of a long journey.

“I love telling our story. Our family is a very religious, very spiritual family,” she says. “For us, it’s a 100 percent God thing.”

Emily was 18 weeks along in her pregnancy, at a routine appointment with Henry’s dad, Kevin. It wasn’t time for an ultrasound yet, the one to find out the gender of the baby.

But the appointment was at the end of the day. A nurse told Emily

she could squeeze her in for an ultrasound, just to see what she could see.

“It was like a movie. It was surreal,” says Emily, a social worker by trade. “They started the ultrasound and then the nurse was very quiet. She said, ‘I’m going to go grab the doctor.’” 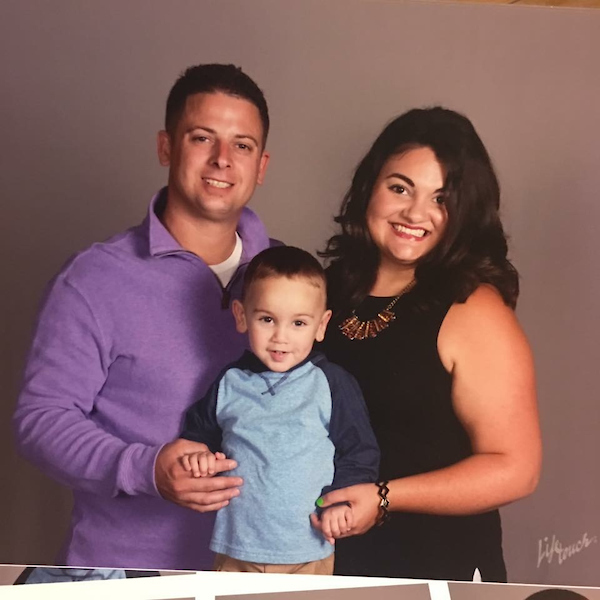 Emily knew immediately something was wrong. She told Kevin her fears. Ten minutes later, a doctor came back into the room.

On the ultrasound was a huge mass on Henry’s stomach. Emily was immediately sent to a high-risk doctor in Fort Wayne.

What happened the next day was a whirlwind -- Emily and Kevin at a hospital for hours of testing where they found out that mass wasn’t Henry’s stomach.

He had posterior urethral valves, an abnormality of the urethra, the tube that drains urine from the bladder to the outside of the body for elimination.

Emily remembers going home that day and lying on the floor of Henry’s nursery – and just crying.

And so, Emily underwent an invasive surgery to save Henry’s life. 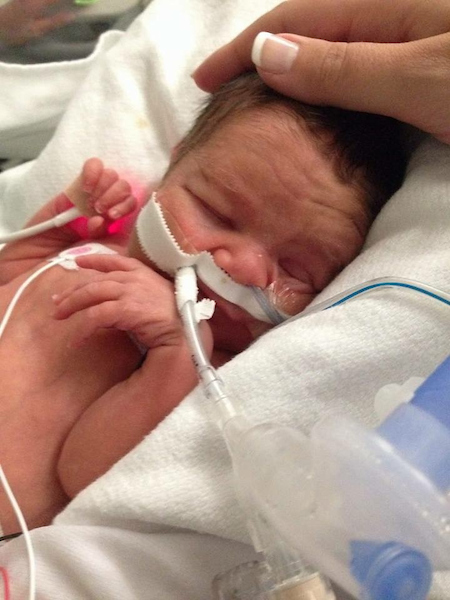 He was born at 31 weeks gestation, a beautiful baby boy. And then, Henry started on his journey.

“You either have faith in God or not,” Emily says. “We chose to put it in God’s hands and trust.”

Henry spent the first six months of his life in the NICU. At six weeks old, he started dialysis.

There were plenty of scary times. Henry would bear down when he was in pain and stop breathing. On several occasions, he would code and crash. Doctors would rush in and have to push on his tiny body to revive him.

At four months old, Henry came to Riley where he spent another two months in the NICU. In total, he was in the hospital for 179 days before he finally got to go home in January of 2015.

For the next almost two years, Henry was on peritoneal dialysis, which he could do at home. Each night, Emily and Kevin would hook him up before bed for the 10-hour treatment.

But in the fall of 2016, Henry got sick with an infection in his catheter. He had bladder reconstruction surgery in November.

The stress from that surgery caused an ulcer that started bleeding severely. Emily calls it the worst time of the family’s life. 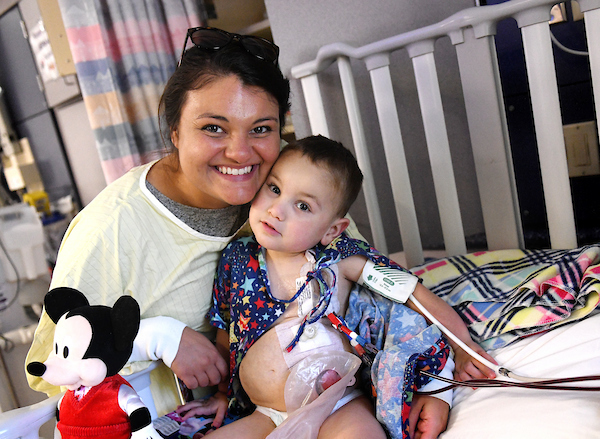 “We thought we were going to lose him,” she says. “He was bottoming out.”

There were nights when the doctors told Emily and Kevin they would just have to hope Henry could get through the night. They called the family and their pastors to Riley.

Emily remembers sitting next to Henry’s bed with Kevin one of those nights, holding his little hand. And she told Henry the hardest thing a mom can say to their only child.

“I just told him, ‘Babe, you are so tired. I know you are. And you have fought so hard. If you can’t do this anymore, I just want you to know it’s OK,’” she says. “‘You fought so hard and we love you and Jesus has got you. If you don’t get to stay with us, you’re going to a better place.’”

Henry squeezed her hand and they prayed. He made it through that night and, the next morning, he started to get better.

And then Henry got to go home. Since that time in 2016, he has been on hemodialysis, traveling to Riley three, four, five or six days a week, depending on his need.

When he’s at home, Henry likes to be outside playing yard games and in the sandbox. He likes to watch Thomas the Tank Engine train shows.

And he likes to laugh – and he loves to make other people laugh. At his church, he is the class clown. At Riley he is the cheery patient with the feisty attitude.

Henry, it seems, knows what it means to appreciate life. After all, he’s fought so hard for it.