At 35, her heart belongs to Riley

Born with a congenital heart defect, an aspiring nurse has not let it slow her down. “I just wish I would have known (at 17) how awesome it was going to turn out.”

Tracy Ziegler-Sanders was too young to remember when she first became a Riley kid. But at 35, she embraces the label today with all her heart. 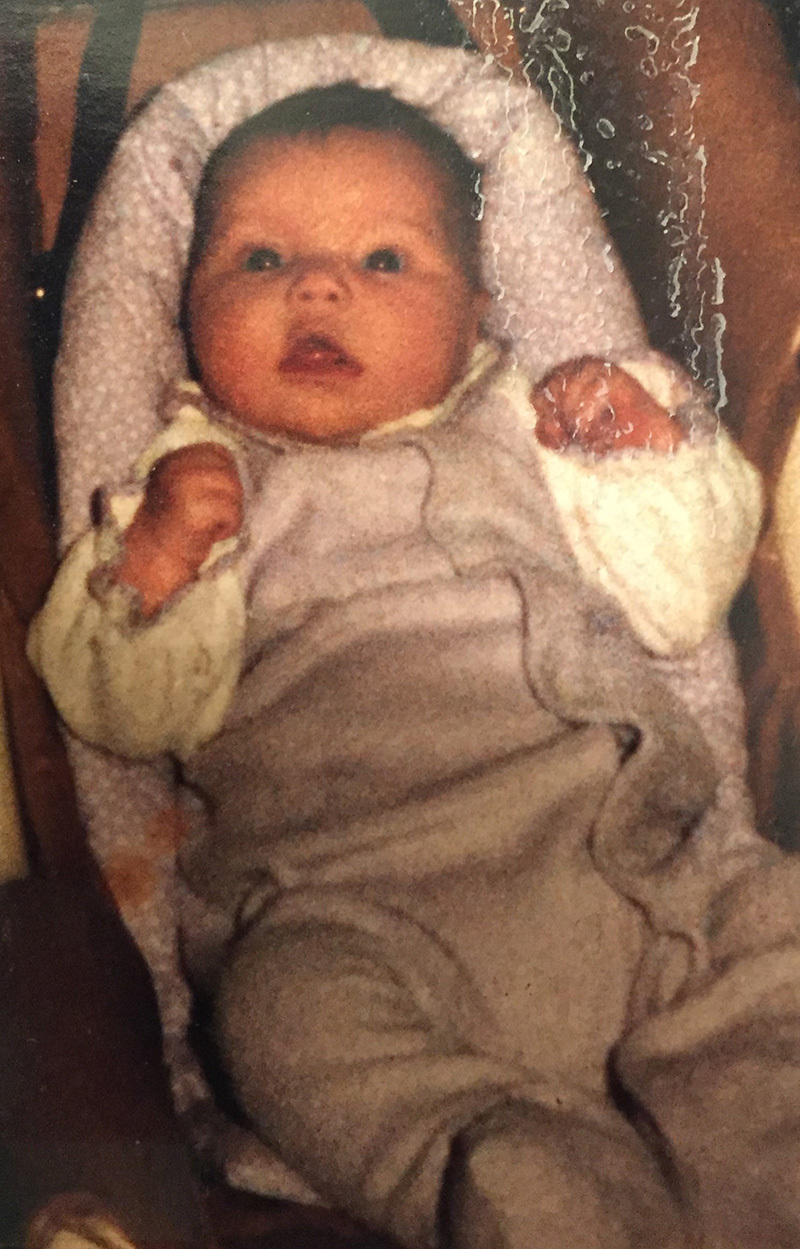 Her heart is what connected her to Riley Hospital for Children as a newborn, and she hasn’t skipped a beat since.

Ziegler-Sanders was born in March 1985 in Tipton, Indiana. Her parents, Richard and Tena Ziegler, didn’t know anything was wrong with their baby girl until she was delivered.

Tricuspid atresia was the diagnosis. It is a congenital heart defect in which the tricuspid heart valve is missing or abnormally developed. The defect blocks blood flow from the right atrium to the right ventricle. It is considered rare, affecting 1 in 15,000 births, and it occurs equally in boys and girls

Baby Tracy was rushed by ambulance to Riley, about an hour away, for surgery, while her mother had to remain in the Tipton hospital for a few days. Tracy’s dad headed down to Riley to be with her.

“I remember my mom always telling me we didn’t have a chance to find out ahead of time that something was wrong, but she was always kind of glad that she didn’t know when she was carrying me, because today when moms find out, they have all that time to think about it.”

Despite her heart defect, Tracy had one thing going for her – she weighed nearly 10 pounds at birth.

“The doctor told my mom that was good because I was hearty and it helped me,” she laughed. 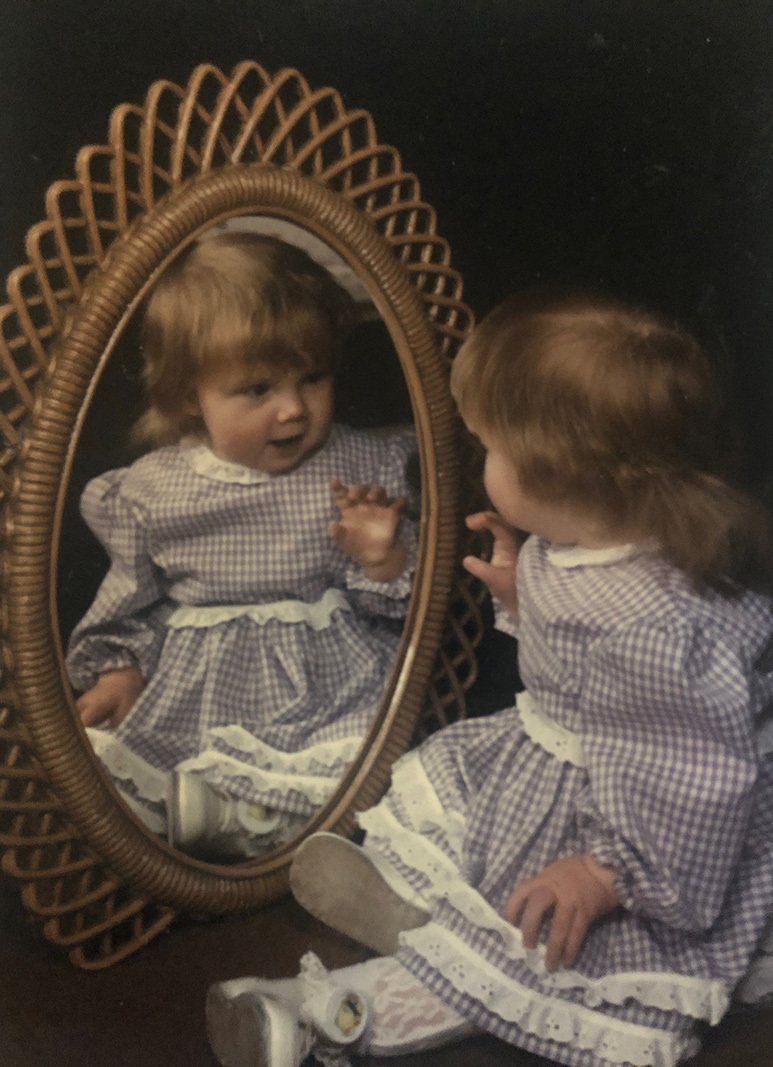 At the age of 5, she underwent open-heart surgery to improve blood flow to the heart and lungs. Dr. John Brown, the world-renowned heart surgeon at Riley who recently retired, performed the Fontan procedure on the kindergartner.

The procedure involves disconnecting the inferior vena cava – the largest vein in the body – from the heart and routing it directly to the pulmonary artery. Usually a large tube called a conduit is added to make the connection.

“I remember parts of that,” Ziegler-Sanders said during a phone call from her home in Elkhart, Indiana. “I was in kindergarten. I think I was in the hospital for several weeks.”

Imagine her surprise when 21 years later, she was back at the same hospital, with the same surgeon by her side.

“In 2012, when I found out I was going to have to have it again, Dr. Brown came in, shook my hand and said, ‘You don’t remember me, but I remember you.’ That’s probably the best feeling in the world to know that the guy who did the original surgery still remembers you,” she said.

“He had the biggest smile. You could tell he was proud of how well I’d done for that many years. You could tell the confidence he had in what he was about to do, and that is something that makes you feel so much better when you’re going into that kind of operation.”

“GOD HAS A BIGGER PLAN FOR YOU”

Growing up, Ziegler-Sanders said, her life seemed normal to her. She lived on a farm, and she barrel-raced horses in rodeos alongside her mom. She played softball when she was younger, then switched over to managing the team when it became too hard to keep up.

In high school, she knew she wanted to letter in a sport, so she chose golf and lettered all four years.

Her darkest time over the last three-and-a-half decades was her senior year in high school when a blood clot sent her back to Riley for several weeks. She missed all of her school’s homecoming activities and slipped into a depression that she now recognizes was borne out of her situation and her youth.

“High school was hard because that’s when you’re figuring out things,” she said. “When you’re younger, smaller things are bigger to you.” 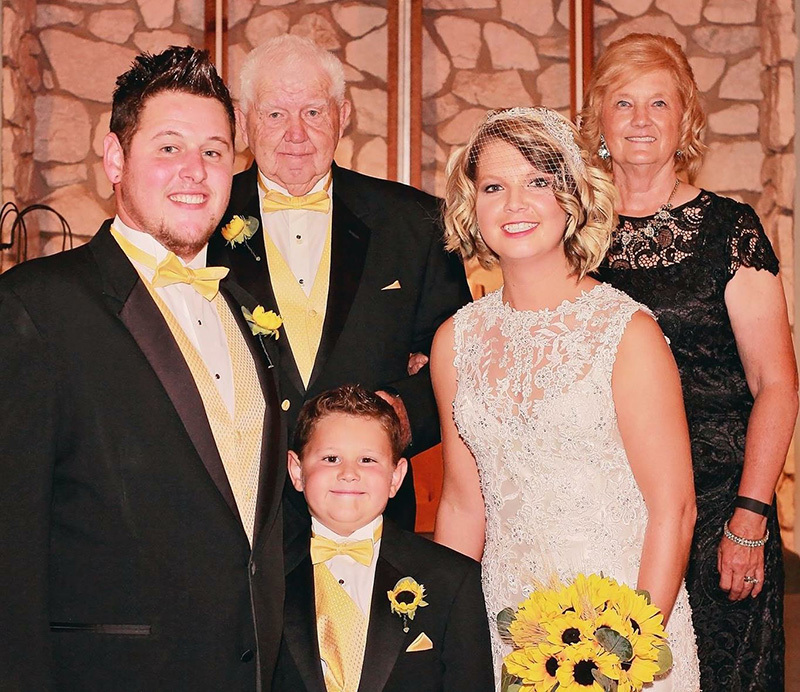 Now married with an 11-year-old stepson, Ziegler-Sanders said she has a beautiful life, but her 17-year-old self couldn’t see that in her future.

“What I wouldn’t give to go back and tell her,” she said.

When asked what else she would tell her teenage self, the tears start to fall.

“I wish she would have seen all the possibilities. I would tell her, ‘God has a bigger plan for you, and you don’t even realize it.’ I just wish I would have known how awesome it was going to turn out.”

Ziegler-Sanders said her work as a certified nursing assistant on the heart floor at an Elkhart hospital inspired her to go back to school to study nursing.

“I realized how much I enjoyed helping patients right after surgery on the cardiac floor especially. I knew firsthand what my patients were going through. I learned quickly that if I let them in on my secret, show them my scar, it gave them a lot more confidence.”

That’s exactly what Riley cardiologist Dr. Mark Ayers and nurse practitioner Nichole Gralia did for her when she went in for checkups. She found out early on that they were Riley heart patients as kids too, so she has been able to turn to them with questions over the years.

RILEY IS HER SECOND FAMILY 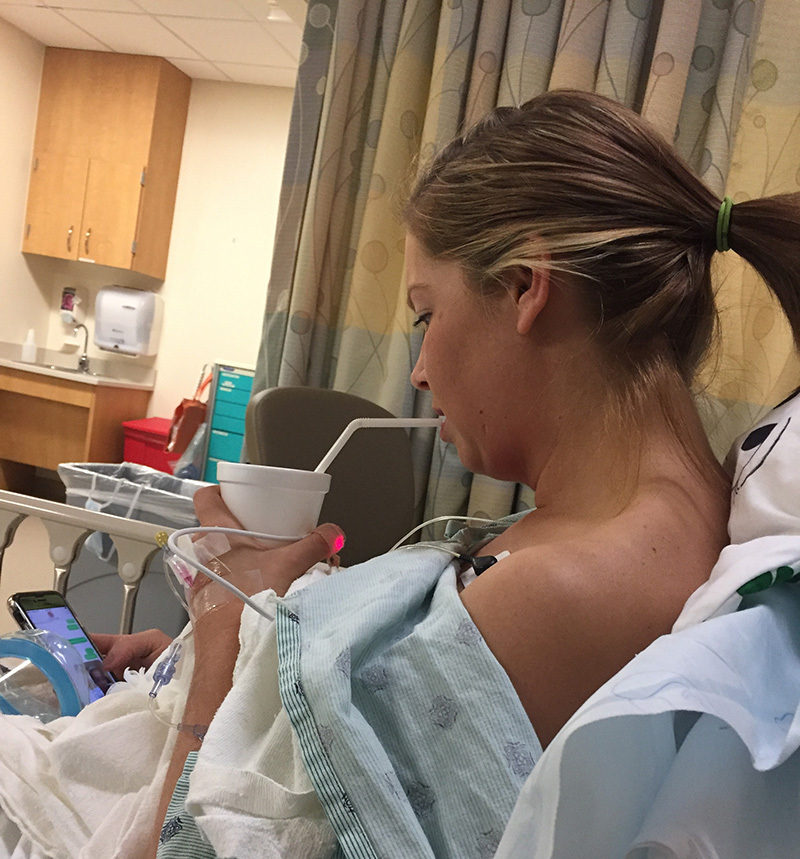 Ziegler-Sanders will turn 36 next month, but as a congenital heart patient, she continues to be seen at Riley.

“I refuse to go anywhere else,” she said. “It’s like a second home to me. I don’t get nervous. I look forward to seeing all the people who are always rooting me on.”

As a child, she saw Dr. Donald Girod in cardiology, then transitioned to Dr. Adam Kean. Recently, she has seen Dr. Larry Markham, division director of pediatric cardiology.

It was Dr. Markham who suggested she share her story, in hopes that it might help others, especially young parents whose children have been diagnosed with a heart problem.

Ziegler-Sanders is passionate about doing just that. She joined a couple of Facebook pages a few years ago that share information about tricuspid atresia and other heart defects.

“I noticed parents would come to the page and say they just found out the baby they’re carrying has this.”

They were desperate for reassurance, so she would post a photo of herself and tell them she has lived with the heart defect for 35 years. Not just lived, but thrived. She leads an active life with her family, enjoying hiking, fishing and working out.

She tells young parents: “I’ve had these procedures that your child might need. It’s not going to be easy, but it’s going to be OK. Don’t let this be something that just rips your dreams apart. You can still have all that.

“It can still be a beautiful life.”