At 17, she has the spirit of a warrior

A three-sport athlete and honor roll student, Jessie Lanzer didn’t complain about the runny nose, the cough or the swelling in her neck, but something was wrong. That something was Hodgkin’s lymphoma.

It started with a runny nose and a cough. And there was that minor swelling in one of the lymph nodes in her neck, then under her arm. But she didn’t have a fever and otherwise felt fine, so they let it go.

Jessie Lanzer was getting tired. A three-sport athlete and honor roll student at Blue River Valley High school in New Castle, she didn’t complain. But her mom knew they had waited long enough.

“We have to go to the doctor to see what’s wrong,” Jodee Lanzer told her daughter in April of this year. Their family physician ran some tests. Then more tests. The results stunned the 17-year-old: Hodgkin’s lymphoma, stage 2. 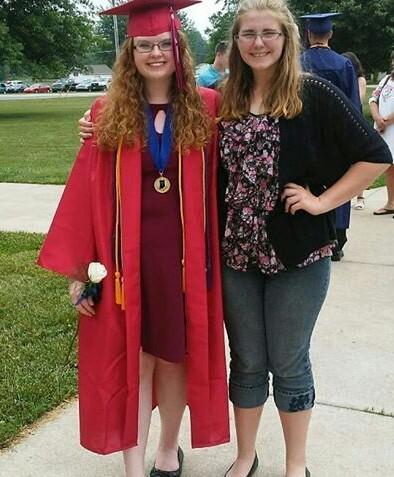 Jessie learned about her cancer from her older sister, Julie. The younger teen had climbed into the back seat of the car when her mom and sister came to pick her up from school. That was unusual in itself. Jessie’s mom didn’t typically drive her home from school.

“We got the results of your biopsy,” her sister said.

Jodee Lanzer was still trying to find the words.

Julie then turned to face Jessie in the back seat and said, “Jessie, you’ve been diagnosed with Hodgkin’s lymphoma.”

It was a shocker, Jessie said.

For Jodee Lanzer and her husband, Andy, the news about their younger daughter was devastating.

They took a few days to process it, then they made a pact. 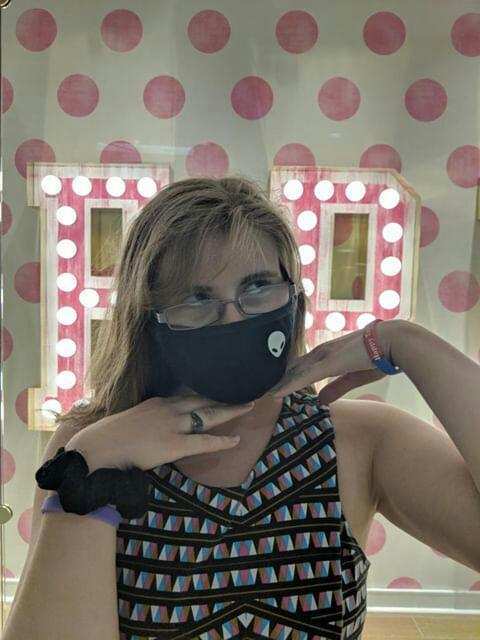 As the news trickled out in the tiny town of Losantville, Indiana (population 219), where the family lives, the phone calls started. Churches put the teen on their prayer lists, and fundraisers were organized to help with expenses.

It was all a blessing, Jodee said.

Not that it hasn’t been hard. The frequent trips to Riley Hospital for Children in Indianapolis, the months of chemo, the bills.

But the family has been sustained by their faith and their positive outlook.

Jessie, under the care of Riley pediatric hematologist/oncologist Dr. Michael Ferguson, has one more chemo treatment this week, one more PET scan. “And then I think we’re done. We beat it. We’ve won,” her mom said. 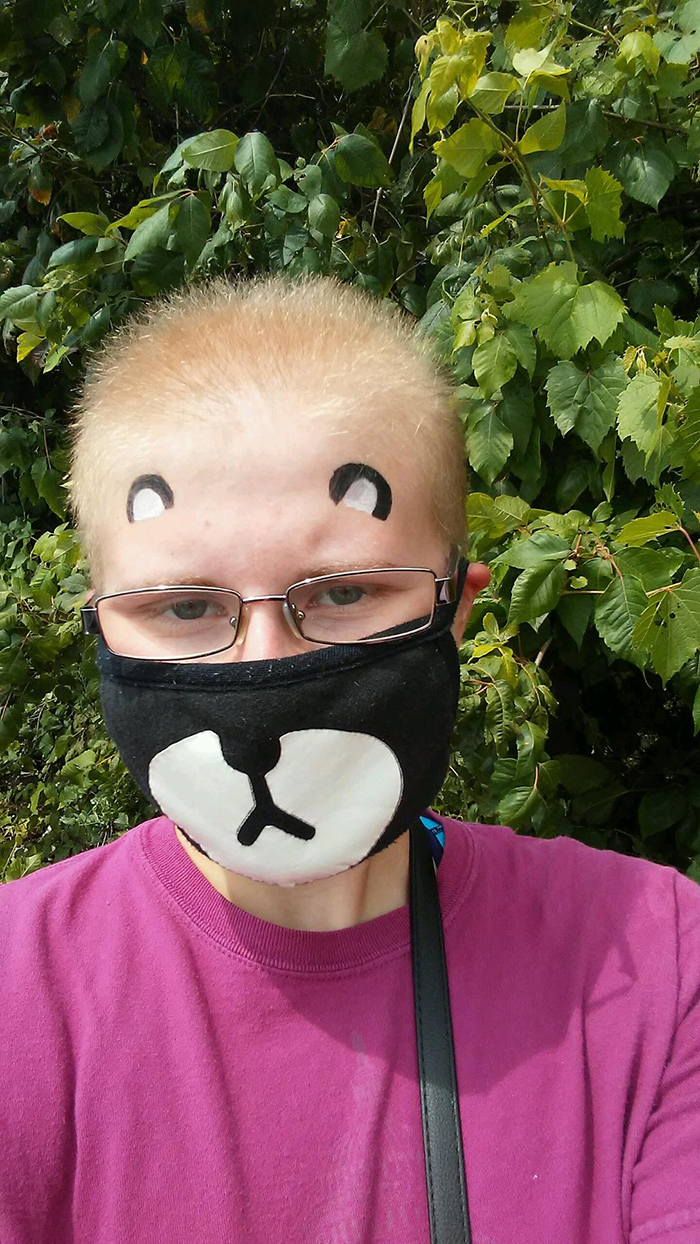 Through it all, Jessie, who plans to study engineering at Purdue University next year, kept the faith.

Even when her hair began to fall out in clumps. Even when she had to sit on the sidelines (in uniform) at her softball team’s games.

When she got tired of her long blond hair falling out, she asked her mom to shave it off. To show his solidarity, her papaw shaved his head too.

Today, she has wisps of blond hair on her bald head, but she doesn’t cover it. She doesn’t worry about what people might say. Her friends support her, her family supports her, and her church supports her.

A senior now, she was back in the classroom when school started up last week. She’s back on the golf course too, playing on her school team. After golf comes bowling, perhaps her favorite sport, she said. In the summers, she shows horses in 4-H.

Jessie admits the chemo sometimes knocks her down for a couple days, “but then I’m back up and at it.”

Staying busy keeps her focused on the good. 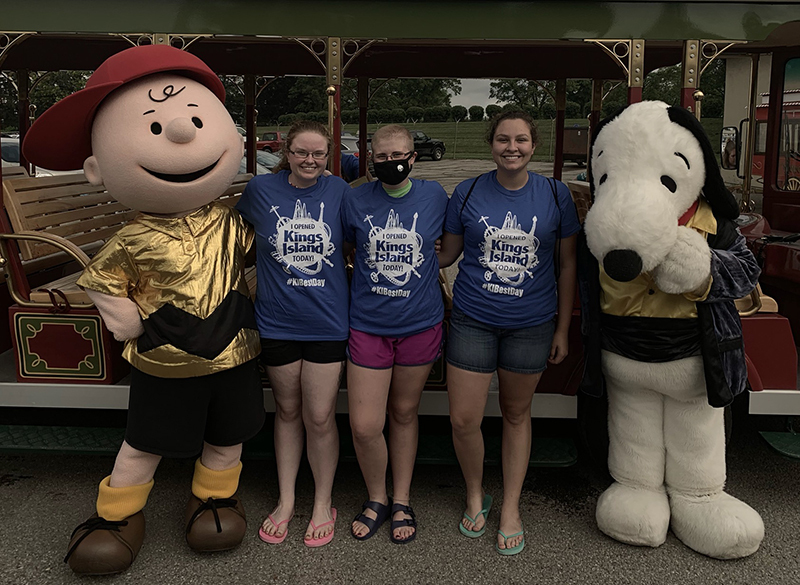 “It hasn’t been really that difficult honestly,” she said. “I’m keeping it normal, like nothing is really wrong, and nothing really is – I’m just a little bit sick.”

She has the spirit of a warrior.

“Even though this was a bad circumstance, cancer and all, I would say it’s more of a blessing than a curse,” the teen said.

“It’s gotten me into contact with so many people, the community’s gotten together, I’ve grown as a person because of it, I’ve become a lot more confident through it.”

So, she looks ahead. To her senior year in high school, to hanging out with her friends, to becoming a Boilermaker. She’s ready, she said.

“Bring on the next challenge.”