As others wind down, her day is just beginning on night shift

PICU nurse Kim Vegh followed her sister into the medical field, but now she has carved out her own career at Riley caring for kids.

Kimberly Vegh has her sister to thank for her nursing career.

Sure, Vegh did the work, but her older sister provided the inspiration. 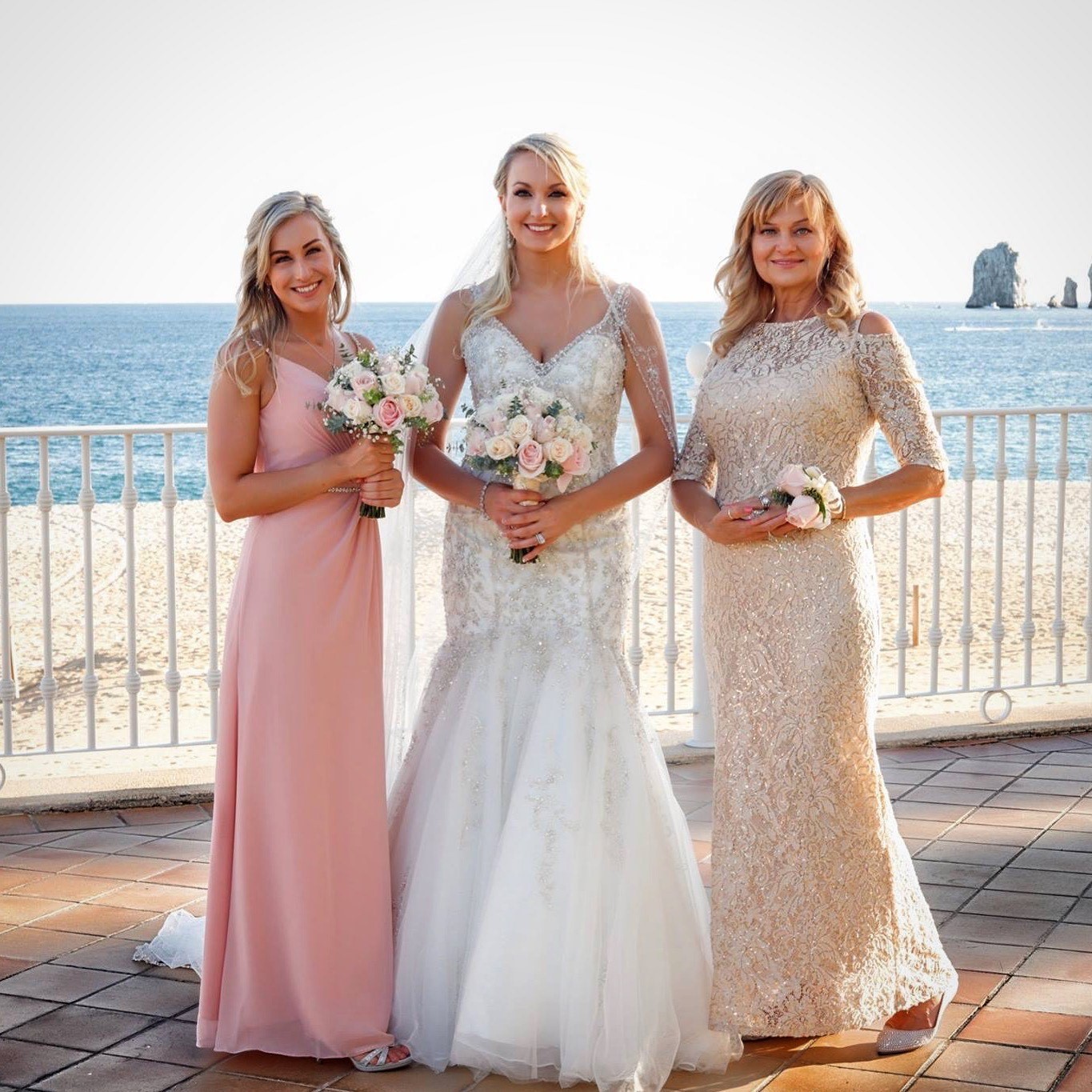 Vegh, who celebrated her three-year “nurse-aversary” in the Riley Hospital for Children PICU this month, said it was her sister, Jenny Thomas, who suggested she take a certified nursing assistant course as a senior in high school.

Thomas was in nursing school herself at the time, and Vegh was inspired by what she was doing. After high school, Vegh got a job working as a CNA and loved it.

“I got to experience patient care for the first time, and it just clicked,” she said.

Vegh, who lived with her family in Granger, Indiana, would go on to attend nursing school at Indiana University South Bend. During that time, she occasionally got to work side by side with her sister in the emergency department at a hospital in northern Indiana – she as a tech and her sister as a nurse.

After working with adults as a CNA, Vegh began working with medically fragile children in a residential facility and found her calling.

Before she graduated from nursing school, Vegh had decided she wanted to work at the best children’s hospital in the state, so she began researching the patient population at Riley.

“I loved the critical care aspect in nursing school, so I felt the perfect unit for me combined critical care with medically fragile kids, and I applied for a job in the Riley PICU,” she said. “I am so happy for making that decision. I’ve loved every minute since moving down here.” 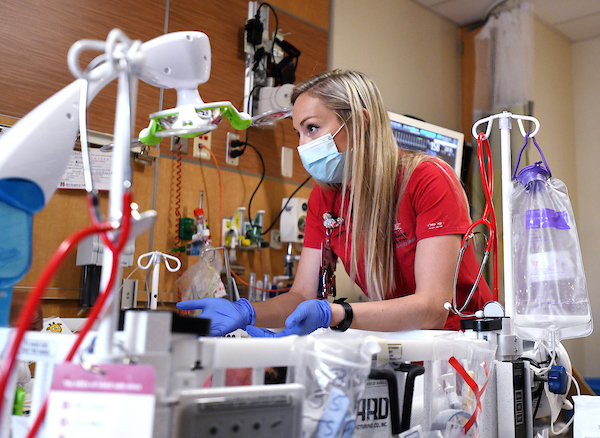 The early days of the coronavirus pandemic rattled her, along with many of her colleagues. She was understandably intimidated by something so contagious and mysterious.

But Riley’s proactive approach to training and attention to safety helped ease her mind.

“I felt like we got some pretty good education at Riley, and the more I took care of COVID patients, the more comfortable I became.”

“I got really good at putting on and taking off my protective gear,” she said. “I’ve done it so many times these past few months.”

Vegh said despite treating multiple COVID-positive patients, she never tested positive for the virus, which reassured her that the safety protocols were working. 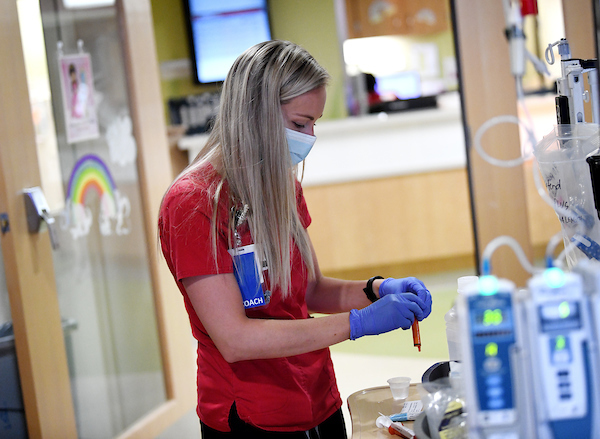 And rather than questioning her career choice in light of the pandemic, she said she was even more inspired to be doing important work. Seeing patients who struggled against the illness, then recovered, gave her the strength to keep going as well.

Amanda Bell is often the charge nurse on nights in the PICU. She says Vegh’s ability to understand and empathize with her patients and their families is key to the compassionate care she gives every day.

“Whether it’s a new admission or someone Kim has cared for for an extended period of time, she always takes the extra time to listen to her patients and their families,” Bell said. “This allows her to be a great advocate for their needs and help bridge the gap between patients and their medical team.”

On a recent 12-hour shift in the PICU, Vegh barely sat down while bouncing between two rooms, seeing to her young patients while also giving the grandmother of one child instructions on how to clean the baby’s stoma (an opening in the abdomen that connects to the digestive or urinary system) and training her to measure his pulse in preparation for the child’s upcoming discharge from Riley.

Her growth as a nurse has been gratifying to see, Bell said. “I know that her future is bright.”

Outside of work, the pandemic definitely got in the way of Vegh’s biggest passion.

“I’m a travel bug. I get cabin fever if I stay home too long,” she said. “It’s been an adjustment, but I’ve gotten used to it. Now on my days off, I’m thankful just to leave my apartment.” 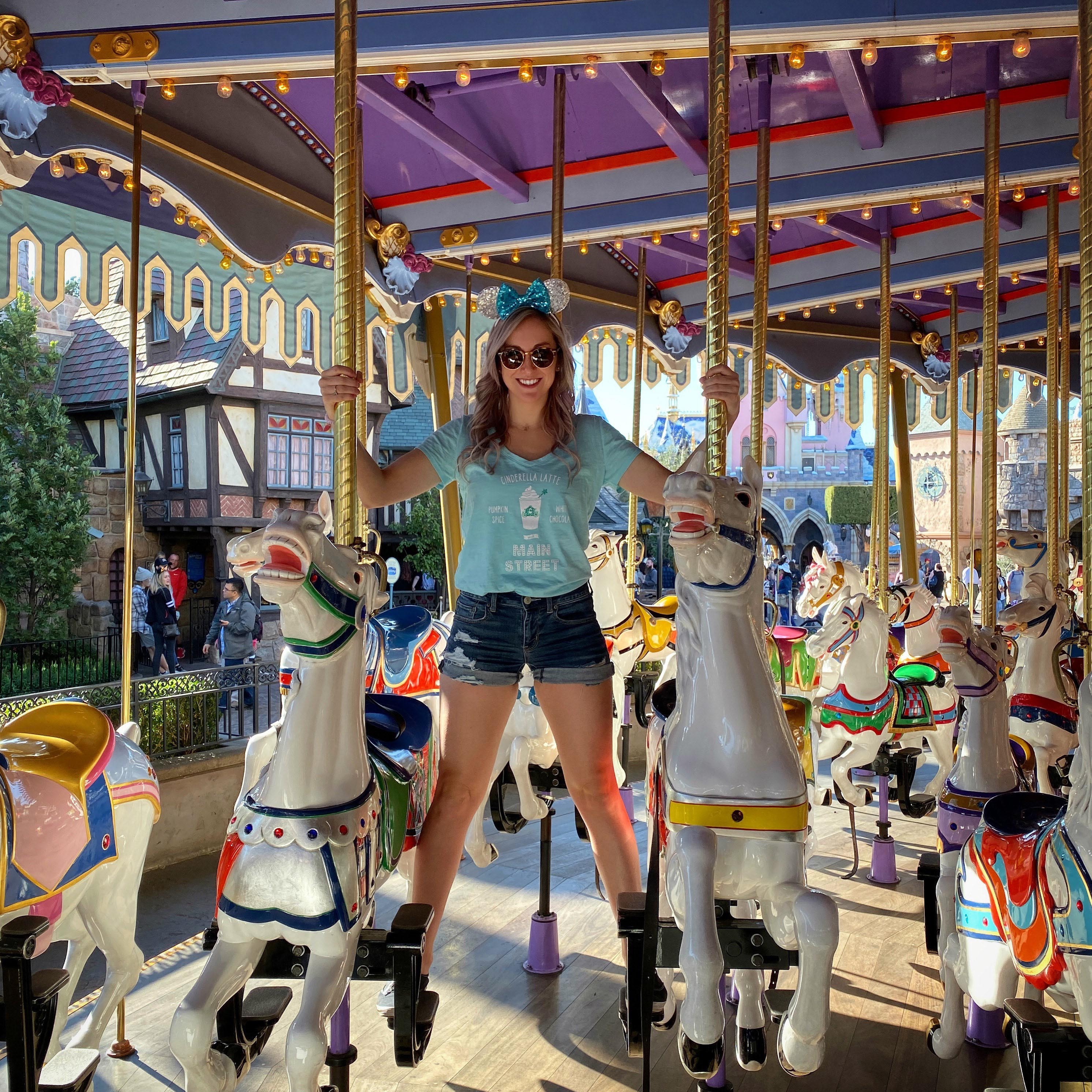 She has replaced her yoga and fitness classes with some other hobbies, like playing with her cat, Felix, and playing video games, but she misses being active. Like many people, she turned to the kitchen to relieve her stress. Not to eat, but to bake, she said.

“That hasn’t been too successful.”

She and her boyfriend, Steven Pugia, just bought a house in Lafayette, where he is pursuing a Ph.D., so she will be commuting to Riley three nights a week, but she wouldn’t think of working anywhere else.

“I love it here. I’m fortunate to be at Riley.”

Some day when the coronavirus releases its grip on the country, Vegh and her sister will be able to reflect on their front-line roles during such an extraordinary time.

For Vegh, however, the kids she sees at the hospital are all extraordinary.

“When I worked in emergency with adults, we had people come in with broken bones, cursing and swearing and throwing punches. I come to the pediatric world and there are kids who are broken head to toe and they just want to play video games and watch TV.”

Even at the darkest time in their lives, they demonstrate a strength many adults cannot muster, Vegh has found.

“That strength and positive attitude can go a long way toward a successful recovery.”