Angel In The Room: She Helps Them Die The Way They Want

Amy Haskamp is a palliative care advanced practice nurse at Riley. Her job is to improve quality of life for patients with life-threatening and life-limiting illnesses.

All he could see were the waves crashing, the deep blue waves and the sandy beach. All he wanted was to walk away from that hospital and never come back.

He wanted to die at home. And he was dying. It was just a matter of time.

The brain tumor was inoperable and incurable, a heart-wrenching diagnosis for a teenage boy. He had given medicine and treatments his best shot, gone through chemotherapy and radiation therapy.

But when doctors gave him the option for more treatments, that 19-year-old patient told Amy Haskamp he had dreams of the beach. And of Mexico. And of being at home when he took his last breath.

For the next nine months, he lived out those dreams going on trips and being at home in hospice care. Haskamp helped manage his pain – physically, spiritually and emotionally -- from every angle.

“He really got to live his life for the next nine months,” Haskamp says. “He definitely had deficits from his tumor but he lived a really good life.”

She has, arguably, the toughest, most heartbreaking job of all at Riley Hospital for Children at IU Health. She is a palliative nurse – the woman who sees patients only when they have a life-threatening or life-limiting illness.

Yet, Haskamp has found joy in this fascinating career.

“My measure of success is to allow them to die in the way they want to die,” says Haskamp, an advanced practice nurse and international instructor on end of life nursing. “There is no one definition of a good death because everyone wants to die in a different way, but my job is to help that family through the most impossible day of their life. That’s what brings me joy in my job.”

She was born in Kingman, Ind., a tiny country town near Turkey Run State Park. Its population at the 2010 U.S. Census was 511.

Haskamp was the youngest of four children – with a span of 18 years between her and the oldest sister with two brothers in between. Her father owned Corey Brothers Sawmill, a family business he started when he got back from the Korean War. 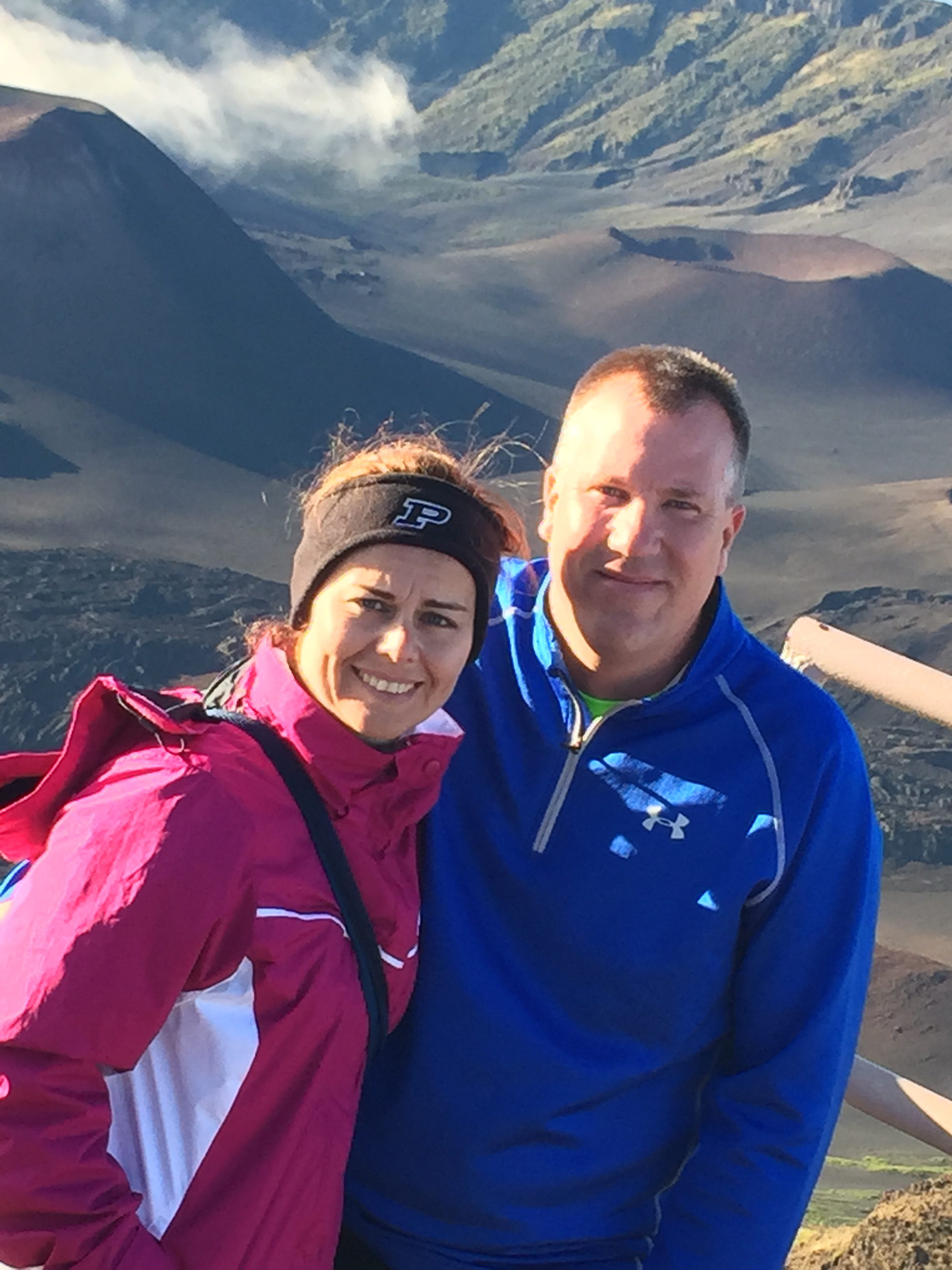 On occasion, Haskamp would work at the sawmill when her dad and his crew went into the woods to cut trees. She would answer phones and take care of customers.

But her true love was numbers and math. Haskamp settled early on with a career choice. She would be an accountant. After graduating high school, she took a job as a bookkeeper for a travel trailer business. She then headed off to Butler University on an accounting scholarship.

And then one day, just like that, it hit her. Business was not the career for her. It popped into her head during a college class as the professor was talking about price points and pricing systems. She realized that didn’t matter -- at least in her world.

Haskamp transferred from Butler to Purdue University, double majoring in pre-med and nursing for a year. Then, she dropped pre-med to focus on nursing. Her dream, she thought at the time, was to be an obstetrics nurse or a newborn intensive care nurse.

But then she worked at an outpatient clinic in pediatrics.

“I really just fell in love with it,” she says. “And I knew I wanted to do pediatrics.”

She wanted to practice in pediatrics, but she didn’t want to do oncology pediatrics -- never, ever in a million years.

But that all changed with a blonde-haired, blue-eyed little girl.

The little girl walked into the hospital, where an oncology program had just started. Haskamp was a general pediatrics nurse, but had been trained on oncology.

Haskamp had been through some bad times with adult cancer patients. In nursing school, she lost a woman the day after she met her.

“Most of my experience with cancer patients was they all died,” she says. “It was sad and I didn’t want to do it.”

But when that little girl walked into the hospital, Haskamp was the only nurse on duty who had been trained on the new oncology specialty. She would have to take that little girl.

Haskamp remembers crying in the corner as the doctors gave the family the horrible diagnosis. Their daughter had leukemia and the prognosis was poor.

She drove home that night emotionally worn out. And then, she called a friend whose daughter had had cancer. She told that friend she didn’t know how to face the families. She didn’t know what she could give them.

“And her response to me was, ‘Just simply be honest with them,’” Haskamp says. “And so I always carried that forward with me.’”

She lost that little blonde-haired, blue-eyed girl. But she never forgot her. For the next 16 years, Haskamp was a pediatric oncology nurse.

“I never wanted to walk away,” she says. “I loved it. I loved that population of patients.”

So, as Haskamp cared for those cancer patients, as she helped the families explore quality of life issues, get through a child’s death, she was practicing palliative care. 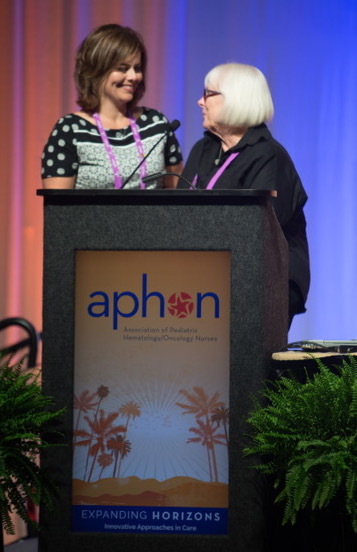 But it was March of 2014 when she came to Riley as a palliative care APN – after working eight years at IU Health North Hospital’s pediatric oncology unit.

In her role, Haskamp sees a range of patients. Newborn babies in the ICU with congenital anomalies, who live just hours or days or weeks. Patients with muscular degenerative disorders like muscular dystrophy. Kids with cerebral palsy and cystic fibrosis, sickle cell patients, children with genetic disorders and cancer patients.

Her care team even works with families before babies are born.

There were the parents Haskamp cared for who knew their baby wouldn’t be able to breathe well at the time of delivery.

Instead of choosing to have the baby go to the neonatal intensive care unit and be intubated immediately at birth, they asked Haskamp for something else.

“They wanted to be able to hold their baby at the time of delivery,” Haskamp says. “And even if that meant she died within minutes or hours, they were OK with that. They didn’t want her rushed off and aggressive measures taken.”

People will sometimes confuse hospice care with palliative care. Haskamp explains it like this: “Think of palliative care as a whole pie and hospice as a slice of that pie.” Hospice comes into play when a child is given six months or less to live.

She describes palliative care as treating the whole child – aggressively managing pain and symptoms, but also all the other angles that come with facing a life-threatening disease.

Often times, patients will have related depression or anxiety. They might need physical therapy. They may have insomnia. Many will face spiritual distress, so chaplains are called in. Social workers and child life specialists play a big role in treating social distress.

“It’s a holistic approach to patients,” Haskamp says. “If we are only writing prescriptions to manage pain, we are not treating the whole patient.”

Parents are a big part of Haskamp’s job, too. After all, they are not only emotionally distraught, but faced with major decisions about their child.

Oftentimes, Haskamp will remind families that treatments are not the only option.

“If you’re not choosing to do aggressive measures or intervention, doing nothing isn’t the other option,” she says. “The other option is really about focusing on quality of life, a good life.”

There is a question Haskamp asks every single patient she sees: What do you do for fun?

Most kids don’t grasp what quality of life means. So that question is Haskamp’s way of identifying how she can make their lives better. 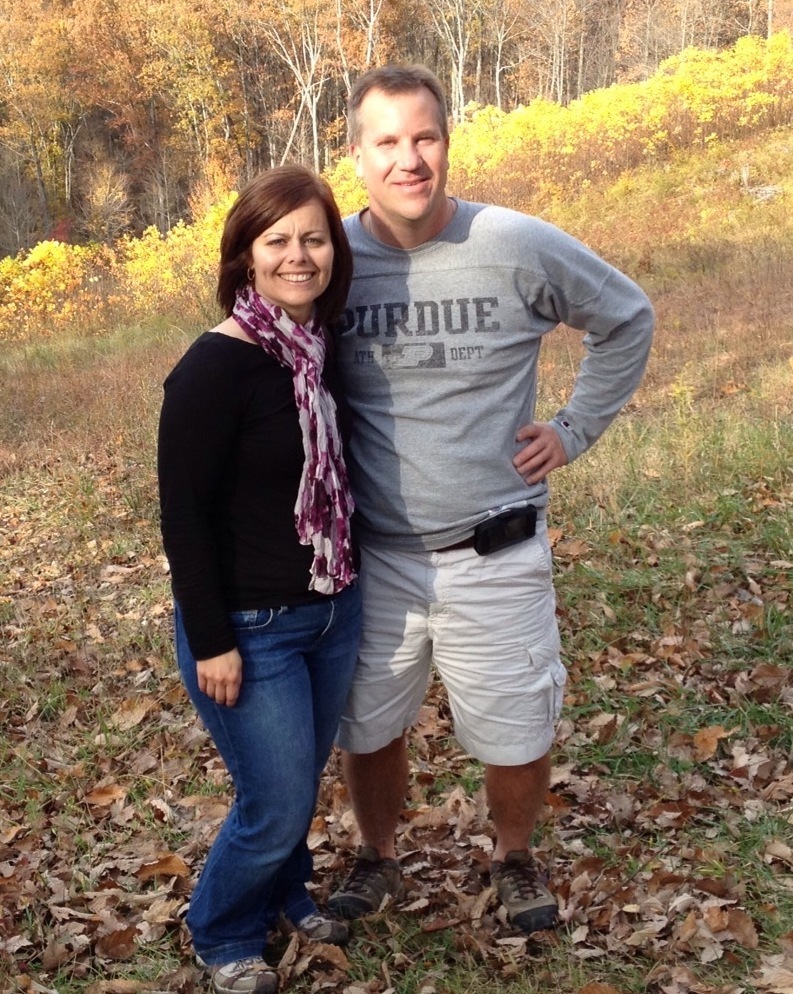 Haskamp had one boy who couldn’t answer that question. He told her he never left his bed at home.

His answer: He felt like there was nothing better on the other side of that door.

Haskamp quickly turned that around, helping to make those days better for that boy. Getting him to leave that bed and go see what was on the other side of the odor.

“I enjoy improving the quality of life of kids,” Haskamp says. “Making sure kids live well and making sure they die as well as they possibly can.”

Personal: Haskamp and her husband live in Zionsville. They love to travel out of state and explore in state. They also have season tickets to Purdue football and basketball.

Advice to new nurses: “Don’t pigeonhole yourself initially into a specialty. Keep your mind and heart open to see where life takes you. I never would have dreamt my life would have taken me here.”

Advice to all nurses: “They have to focus on self care, taking care of themselves. They have to reach out for help when they need it and not be afraid to ask for help. Because no matter what field they’re in, cardiology or ICU, it’s tough. This is tough work.”

How do you keep from feeling sad all the time? “We laugh a lot as a team. I work with a really solid team that supports one another and really draws out the joy of us. You have to protect yourself. I’ve been a nurse more than 20 years. I’ve learned how to try to drop my job at the end of the day and go home fully to my husband. Some days are harder than others but, for the most part, I am able to do this.”

Outside of Riley: She teaches all over the world on end of life nursing. She has instructed in Budapest, Hungary; Hawaii; Tulsa, Oklahoma; and just last week in Shanghai, China.

Recent honor: Haskamp received the Dr. Patricia Greene Leadership Award at the national Association of Pediatric Hematology-Oncology Nurses conference in Palm Springs. It is an award voted on by the APHON board and given to a member who has led and demonstrated excellence in service to the association.