Three decades ago, Ryan and Jenn Wadsworth were born at 25 weeks gestation at Riley Hospital for Children at IU Health. Two months ago, Ryan became the father of twins -- born at 26 weeks.

It was April 1985 and two critically-ill babies were inside Riley Hospital for Children at IU Health. Their skin was translucent, their arms no longer than an adult's pinky finger. Their weight was measured in grams, not pounds.

They were wrinkled, tiny humans who had entered the world 15 weeks early. Born at 25 weeks gestation, before critical development could happen inside their mother's womb. They were not supposed to survive. And if they did, they were supposed to have a life full of health struggles.

That's what their mother, Janet Grantham, was hearing -- from just about everybody.

And then James Lemons, the twins' doctor, Director of the Section of Neonatal-Perinatal Medicine and Professor of Pediatrics, walked in. And the chaos calmed.

"He was the first one to come in the room with a smile on his face and say, 'Hey, we got this,'" Grantham said. "He was the one that kept me going."

He was the one who reassured her that those tiny babies, Ryan and Jennifer Wadsworth, would not only live, they would be OK.

It was two months ago, September 27, and Dr. Lemons was sitting at his desk at Riley. He was about to leave on a trip to Kenya, where he has worked tirelessly to advocate care for women and newborn infants and even had the Riley Mother-Baby Hospital of Kenya built.

He was immersed in thoughts of Kenya, when his phone rang. 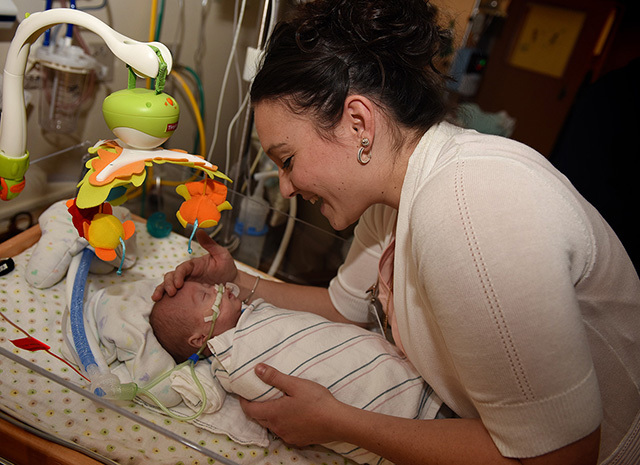 "Deja vu," he heard a woman's voice declare. The voice was Grantham's, that mom from 31 years ago. And he had no idea what she meant. It took him a few minutes to let it all sink in.

What Grantham meant was nothing short of remarkable. An extraordinary repeat of family history had just occurred.

Ryan Wadsworth and his wife, Emily, had just become the parents of twin boys -- born at 26 weeks.

"It's so hard to describe," said Dr. Lemons. "To describe to people the beautiful way Ryan and Jennifer developed and survived intact. And now, the exact same thing is happening again."

Ryan said even amid the chaos as his wife delivered Michael and Elijah -- as he worried and fretted about their survival, even amid all that -- he was thinking of something else, too.

"The thought of my parents," he said. "What did my parents go through with us 31 years ago? It was the exact same thing."

Inside Michael and Elijah's hospital room Wednesday night, everyone came together.

Dr. Lemons and his wife, Pam. Jenn, Ryan and Emily and proud grandmother Grantham. Her late husband and the twins' late father, Michael, passed away several years ago. Though, he has been there all along in spirit, said Jenn. 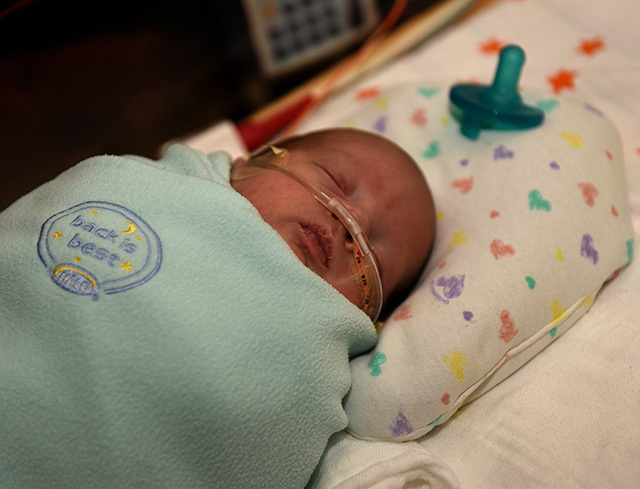 "I am certain that he had a hand in all of this," she said. "He was making sure everything turned out OK."

And it most definitely has turned out OK. The Wadsworth twins weren't even due until Jan. 1. Michael was born weighing two pounds, Elijah weighing one pound, six ounces.

"You're getting to be a little chunker," Emily said as she patted Michael, who now weighs six pounds, six ounces. And whose brother weighs five pounds, three ounces.

It's hard to imagine how little they used to be, Emily said. And how uncertain things were when it all started.

"It was during  that night, during the C-section when I started wondering are these boys going to be OK," Emily said. "I was mentally trying to prepare myself, I think, for accepting that we might be going to lose one or both. It's just been a long journey."

And that journey, if all keeps going well, will take a new turn next month. Doctors have told Ryan and Emily that Michael and Elijah will likely get to go home mid-January and join their 3-year-old sister, Ava.

The boys will go home much bigger than Ryan and Jenn did in 1985. They weighed just four pounds each.

Yet, after they came home, they thrived and they were a blessing to her every single day, Grantham said.

"The birth of my twins forever changed me and changed my mentality on life," she said. "When the kids were little, I said, 'I'm going to enjoy every moment I can enjoy with them. I don't care what I have to do tomorrow, they're here. I'm going to enjoy the moment."

Emily and Ryan said they feel exactly the same about their twins. Just a year ago, the couple was going through a miscarriage.

"For us, we're like, 'Oh, my gosh. We created this,'" Emily said. "With the help of God, of course. But they are here. And this is our journey and we are blessed."