Indigo and Violet are rainbow babies born to a southern Indiana couple who previously lost a child, but these mono-mono twins are exceptional in every way and thriving today.

When Heather Harper saw the story about another set of mono-amniotic twins on the Riley Children’s Health Facebook page, she couldn’t help but reach out.

“Hooray! Our mono-mono twin girls came home from Riley almost one year ago,” she wrote. “(These) twins share a bond I can never understand but am so privileged to watch each day. Congratulations, Drew family and many thanks to Riley!”

Heather is the mother of six, including 17-month-old Mo-Mo twins Indigo and Violet. They are named for the last colors of the rainbow because they are her rainbow babies, born after the loss of a son who died in utero. 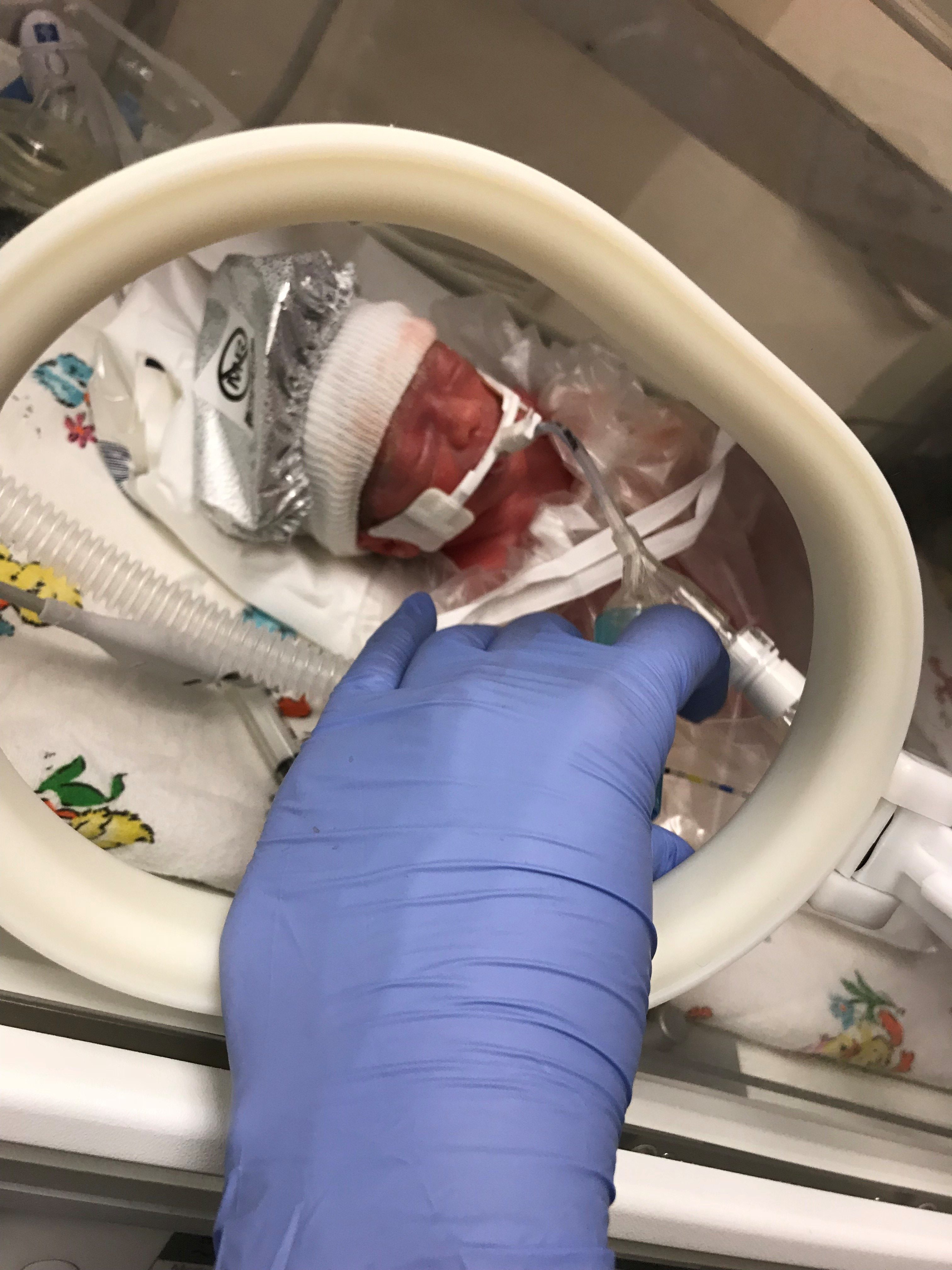 The twins were born in Evansville in 2018, at the same hospital where Lena and Delaney Drew were born a year later. After their birth, the Drew twins, daughters of Eric and Emma Drew, were soon transferred to Riley Hospital for Children, where they would spend six months before being released to go home recently.

Mo-Mo twins occur when babies share a placenta and amniotic sac. It happens in just 1% of identical twins and less than 0.1% of all pregnancies.

Like the Drew twins, the Harper girls were delivered early – 27 weeks’ gestation in their case – each weighing just over 2 pounds. Unlike the Drew twins, they spent the majority of their time in the NICU in the Evansville hospital, transferring to Riley when it came time to put in G-tubes for feeding to prepare for the transition to home.

For Heather and Dave Harper, who live near Evansville, being close to their babies and their other children, ages 4, 12, 13 and 16, was key in their decision to keep the twins in Evansville. But Heather said when they got to Riley, she felt the difference immediately.

“In Evansville, the twins were in a large NICU. They were always next to each other, but it was harder to be there because there was no privacy and you weren’t allowed to sleep there.”

The hospital they came from does “an amazing job” caring for women, Heather said, “but it’s not a children’s hospital and I don’t think we understood the difference. We thought, ‘it has a NICU, we’ll be fine.’ But when we got to Riley, everything revolved around our child as part of our family.” 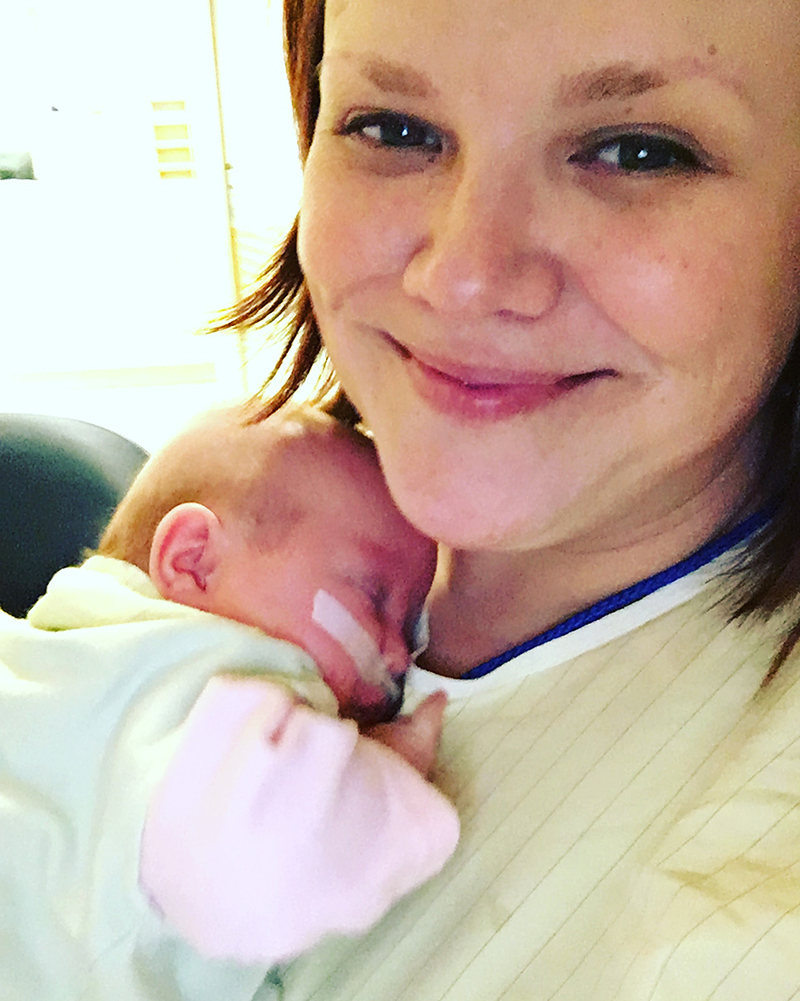 It was about the whole family “and making sure we all had what we needed to care for these babies,” she said. “That was the most tremendous difference. Even though we weren’t there that long, having the same nurses was so nice because we could remember their names and they remembered our names and knew our babies.”

By the time the couple brought the babies home, they were so emotionally exhausted and worn down that it was hard to celebrate, Heather said, even though it was an amazing day.

“We just wanted to get them in our house and never leave,” she said.

The Harper girls are thriving now, pronounced perfect by their pediatrician after a recent appointment, their mom said.

The twins’ favorite food is Cheetos, Heather said. “If someone leaves the pantry door just a little bit open, they will both dive in there and dig around and find the Cheetos.”

Heather is thrilled to know another set of Mo-Mos, especially twins who live so close to her. It’s about 45 miles from their home in Newburgh, Indiana to the Drew home in Petersburg, Indiana. She and Emma Drew have already talked online.

One thing she wishes she and her husband would have done is take more pictures when their girls were tiny.

“When I was pregnant and when we were in the NICU, I thought I didn’t necessarily want to remember this time, especially the pregnancy because you don’t know if the babies are going to make it. But I wish we had just fully expected a great outcome – just lived our lives that way.”

Today, their girls keep them on their toes. Their personalities are different, but it’s about the only way their parents can tell them apart, Heather said. That and the swirl pattern on the back of their hair – Violet’s goes clockwise and Indigo’s goes counter-clockwise.

“I had to look pretty hard to find something,” Heather said. “That’s the only sure thing we have.”

All in all, the Harper twins are “amazing little ladies,” she said. “They bring us so much happiness.”