After a tragic accident, teen is learning to walk again

Dylan Matkins and his family are hosting a blood drive to encourage all who can give to make a lifesaving donation.

Thanks to quick action by his mom, paramedics and physicians at Riley Hospital for Children, he survived, though he was left with a devastating spinal cord injury, as well as damage to multiple organs.

What happened next was the result of sheer will and painstaking steps on the part of 15-year-old Dylan and his therapy team at Riley and the IU Health Neuroscience Center. 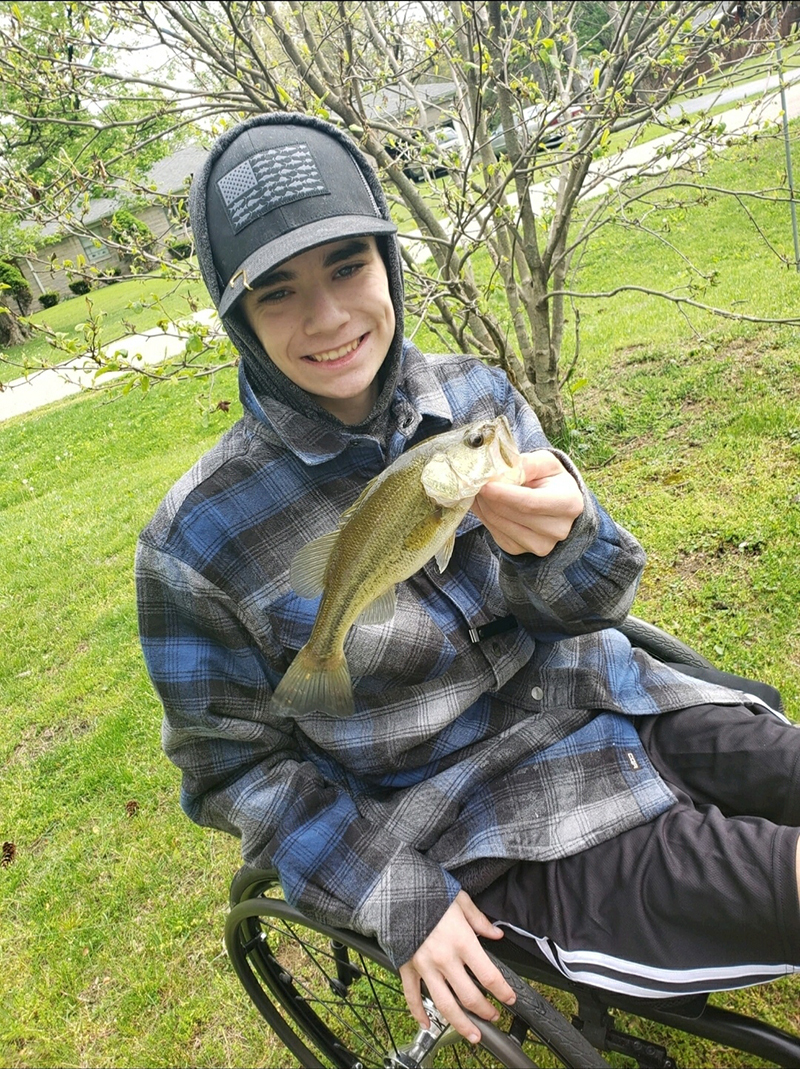 In March, he began “walking” with the support of a robotic treadmill in the neuro-rehab unit at the center.

And now, several months later, he wears braces on his legs, but he is bearing weight on his own and can move on the treadmill without robotic assistance on his legs. He can lift both legs up and down and side to side, and he is beginning to climb steps, according to his mom, Misty Welch.

“He continues to encourage us all,” she said. “Every appointment, whether it's a follow-up exam, procedure, test or therapy session, Dylan makes the best of it. He is following through with everything that is asked of him. His goal has been to walk again and he is.”

As a way to honor him and his baby brother Dalton, who passed away three years ago at Riley after suffering complications of prematurity, Welch is hosting a blood drive Aug. 22 at Versiti Blood Center in Greenwood, where she works as a technical donor specialist.

Dylan received multiple units of blood during lifesaving surgery at Riley, a fact that has inspired Welch to be even more of an advocate for blood donation.

“I am extremely passionate about blood donation and encouraging others to raise their sleeve,” she said. “We want to help give back by providing an inventory of blood products that can be available in times of need. The need never goes away.”

In addition to blood and plasma donations, participants will have the option to register as potential organ donors or bone marrow donors.