After 170 days in the hospital, baby Ava goes home

Little girl who has spent every night in the hospital since her birth finally gets to sleep in her own crib at home.

Little Ava Breeden was oblivious to the fuss around her Thursday at Riley Hospital for Children. But the anticipation of her parents, nurses and respiratory therapists was clear.

After nearly six months in the NICU, Ava was released from Riley to the cheers and applause of everyone who lined the hallway to wave pom-poms and say goodbye.

Ava was born full-term at IU Health Methodist Hospital in March and transferred immediately to Riley for treatment of a congenital diaphragmatic hernia (CDH), which necessitated multiple surgeries to correct the displacement of some of her organs.

Parents Jacob and Alyssa learned of her condition during prenatal testing and have been surrounded by a Riley Hospital team since before she was born. Ava was kept sedated for weeks after her birth to keep her underdeveloped lungs from working too hard.

Jacob and Alyssa, who also have a son, Tilman, have been by their daughter’s side night and day as her condition took several turns over the months. But she powered through the setbacks. 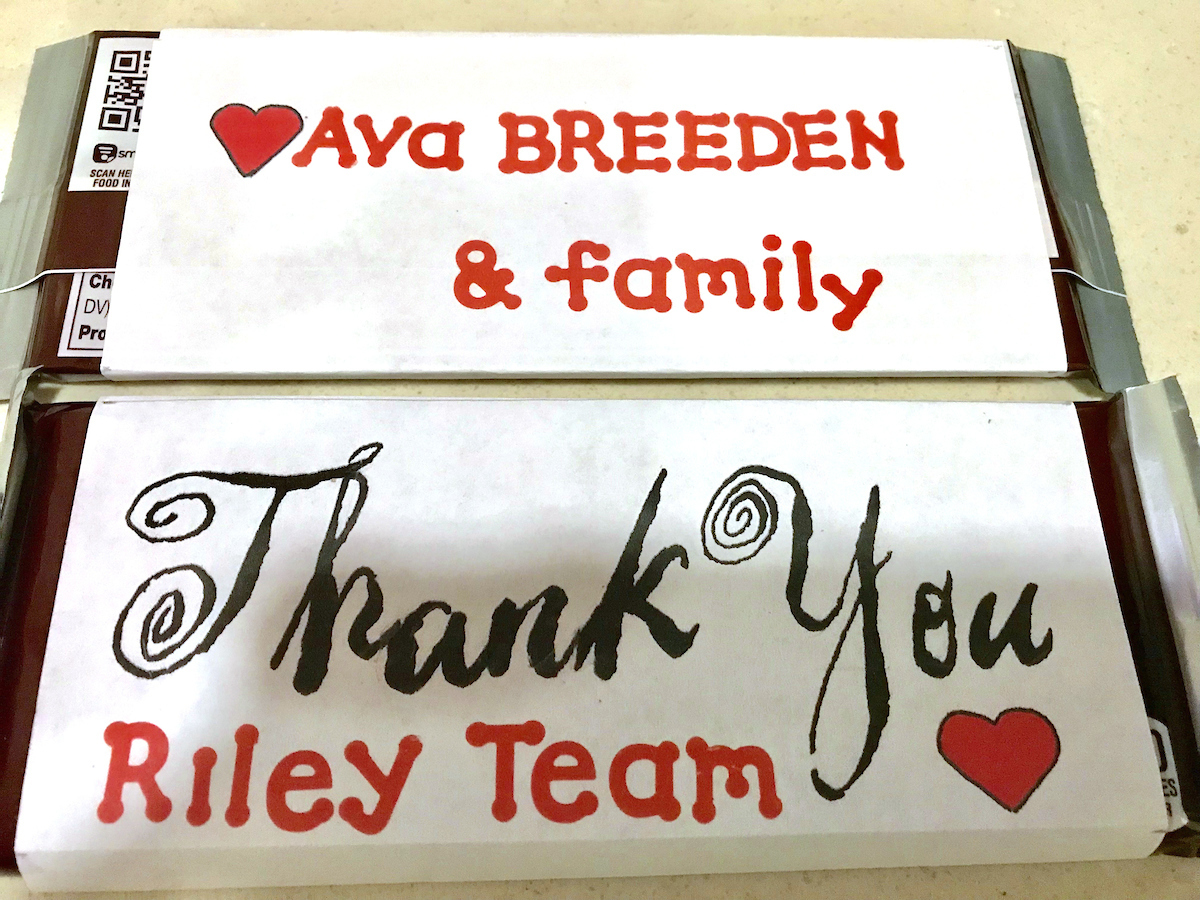 In the days leading up to their daughter’s release, the couple passed out “thank you” candy bars from Ava to her Riley team. A reminder of the sweetness she brought to the unit.

Finally the day they’d been waiting for came.

Dressed in matching shirts that said simply “Home,” the Breedens gathered their almost 6-month-old daughter and all of her things and headed for the elevator. Jacob held Ava, buckled into her car seat, while Alyssa pulled the Riley wagon that bears Ava’s name.

Friends and family raised more than $2,500 to sponsor a wagon with a license plate that says “Hitch your wagon to a star! Ava Brooks Breeden.” 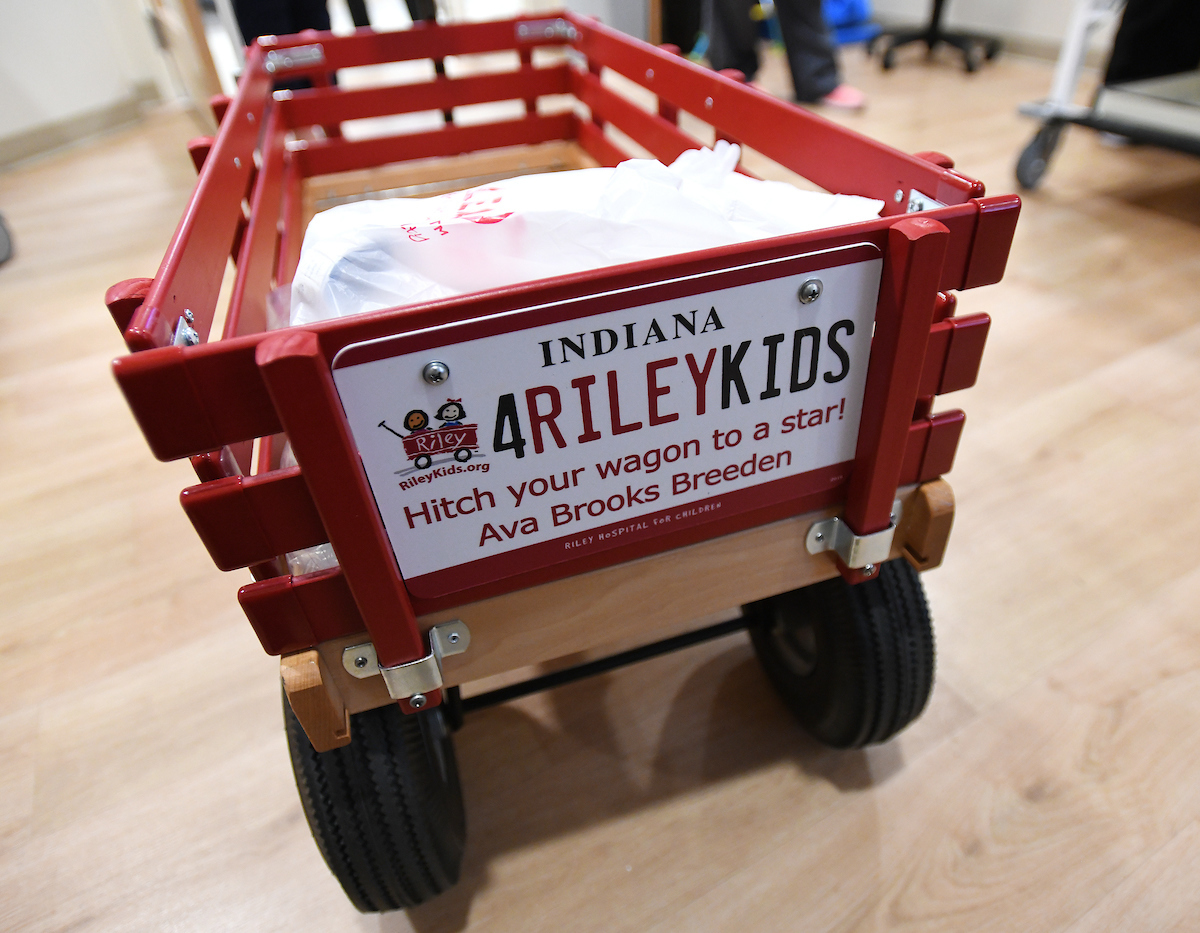 After the wagon went into general circulation in the hospital, Jacob and Alyssa were worried they wouldn’t find it again, but they really wanted to use it for Ava on her last day.

“We had been looking for it,” Alyssa said. “We had everybody looking for it. We had a BOLO out (be on the lookout) the last week for Ava’s wagon.”

No luck. Until the night before Ava’s release.

Jacob and Alyssa were walking back into Riley from the parking garage at about 9 p.m. Wednesday when they saw it. Actually Jacob saw it. By then, Alyssa had stopped looking.

Sitting in a stairwell was Ava’s wagon – like it was waiting for them. 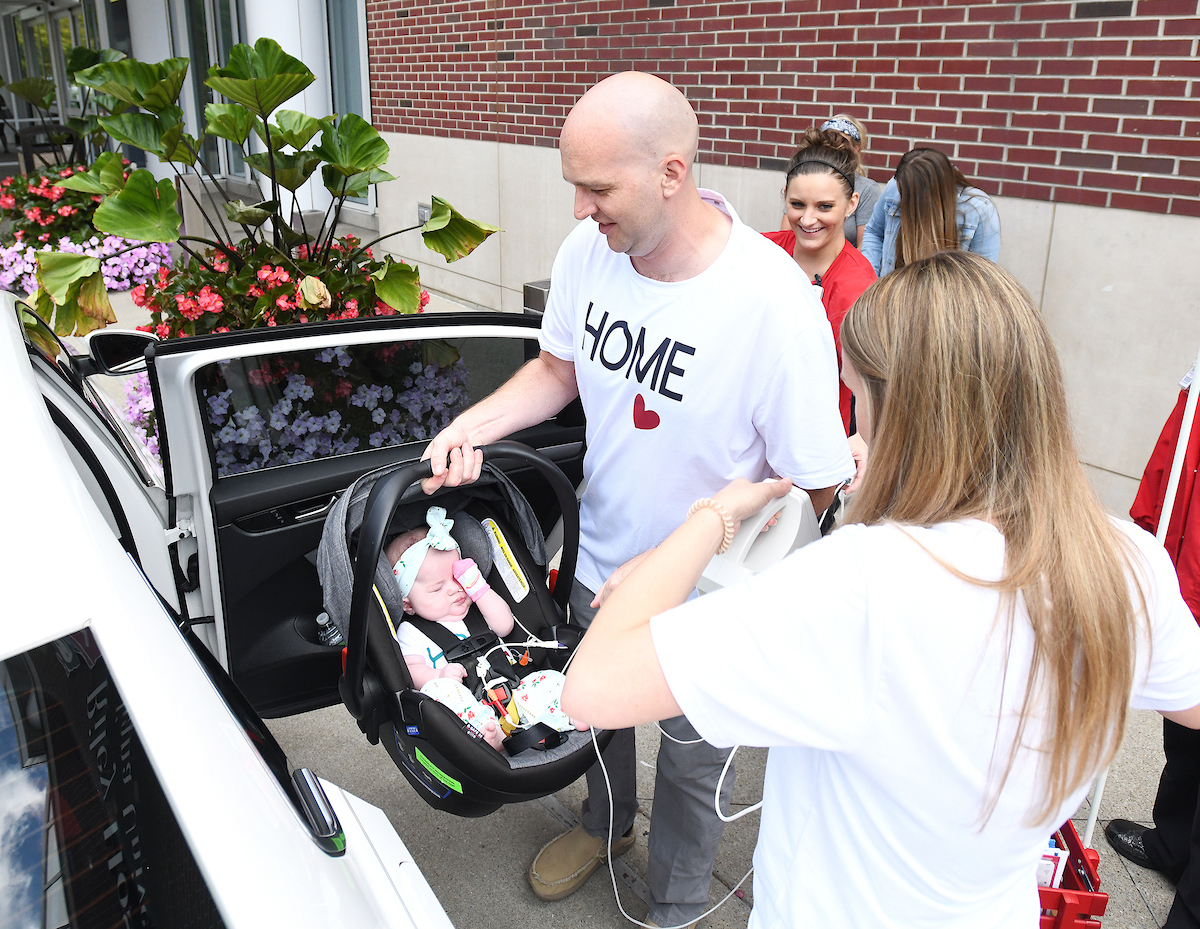 On Thursday, as she hugged the people who have loved and cared for her daughter for 170 days, the tears spread from person to person.

Diana Chadwick, a nurse on nights who cared for Ava, left a note for her little patient: “Sweet girl, you are undoubtedly the strongest baby I have ever had the pleasure of taking care of. You defied so many odds and have turned into the sweetest baby. You are in the best hands and I can’t wait to see your bright future.”

The emotions of it all were hard to put into words for Ava’s parents.

“Exciting, scary, anxious, so happy, all the feelings,” Alyssa said. “We are ready to celebrate just by having our family under one roof.”

And then she and Jacob said one last goodbye to the Riley team before climbing into the car that would take them – and their baby – home.