A Sweet Guardian Of The Night

PICU nurse Marci Weesner is a light in her patients’ and families’ lives, caring for the sickest of the sick. Trauma survivors. Patients with ventilators. Children with respiratory issues. Surgical patients. Kids who’ve had amputations.

She hears their whimpers as darkness sets in -- and she is there for them.

She sees their angst and the worry in their eyes -- and she is there for them.

Marci Weesner’s job is a delicate one, a tender one -- seeing little patients at their most vulnerable.

After all, when night hits, the world gets a little bit scarier.

Weesner has spent 20 years working the night shift as a nurse in the pediatric intensive care unit at Riley Hospital for Children at IU Health.

She is a light in her patients’ and families’ lives, where she cares for the sickest of the sick.

And so, if in the middle of the night, that little boy wants to watch a movie at 3 a.m.  – because he can’t sleep -- Weesner might just let him.

If that teenage girl needs to talk about her worries, Weesner will listen.

She started in the PICU at Riley fresh out of nursing school. It captured her heart from the first day and she fell in love.

Two decades later, Weesner is known as a compassionate, warm veteran nurse, who says she is always learning. The best nurses do.

Her patients see her as a sweet guardian of the night.

There never was a question what her life’s work would be. Weesner knew from the start.

“I always, always knew I wanted to be a nurse,” says Weesner. “And, as a matter of fact, I always wanted to work at Riley.”

Weesner grew up in Trafalgar, Ind. Her mom was a secretary at Indiana Creek High School, where Weesner graduated. Her dad worked for the phone company.

When Weesner was 7 years old, her parents adopted her 4-day-old little brother. Adopted herself at six days old, Weesner now had a baby of her own – and loved it.

She headed off to Ball State University for nursing school. All the while, she thought she wanted to work in the neonatal intensive care unit – taking care of babies.

But when she graduated with two bachelor’s degrees – in nursing and community health education -- Riley didn’t have a job open in the NICU. The nursing recruiter told Weesner the hospital was looking for a PICU nurse. 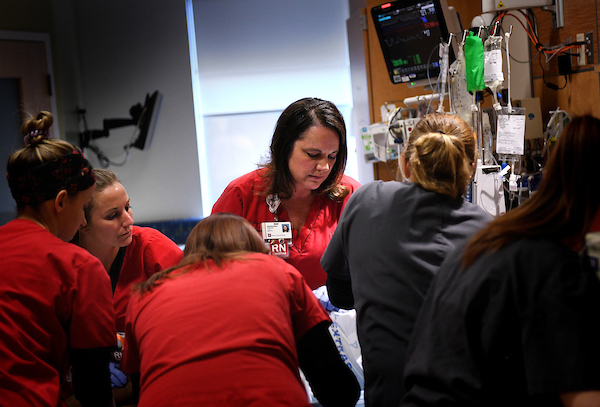 “I didn’t even know what PICU was,” says Weesner. “I interviewed and they took me through the unit and I was blown out of the water.”

Weesner took the job in the PICU, still intending to transfer to the NICU when a spot opened.

“Obviously, that wasn’t the plan,” Weesner says. “I fell in love.”

She fell in love with patients like the 2-year-old little boy who came to Riley last summer, not expected to live.

Being in the PICU, Weesner knows to build up an emotional wall of self protection. She sees a lot of tough things.

“But his parents, his grandparents, his extended family were the most amazing people,” she says. “And they broke down my walls in seconds.”

Weesner picked up two shifts of overtime so she could be there to take care of their little boy.

“I absolutely fell in love with him,” she says.

And while the family was so grateful to Weesner for taking care of them, it was Weesner who says she is the grateful one.

“In such a difficult situation, the things they taught me about love and faith? It was amazing,” she says.

On the last night that little boy would be at Riley – the family had decided to withdraw life support the next day – his dad asked Weesner if she wanted to hold him.

She couldn’t believe it. She told the family she would never take that time away from them.

The boy’s dad turned to Weesner and said: “I think he would really like his favorite nurse to hold him. It brings us joy to see how much you love our boy.”

Weesner spent an hour holding that boy. She feels like that family was put into her life for a reason. It was an experience she needed at that time in her career -- a renewed sense that she was just where she needed to be.

“That will stay with me forever,” she says. “The biggest thing I learned from them was it was OK for my coworkers to see me cry, to see me weak in a sense.”

And it reminded her of her core reason for being at Riley. 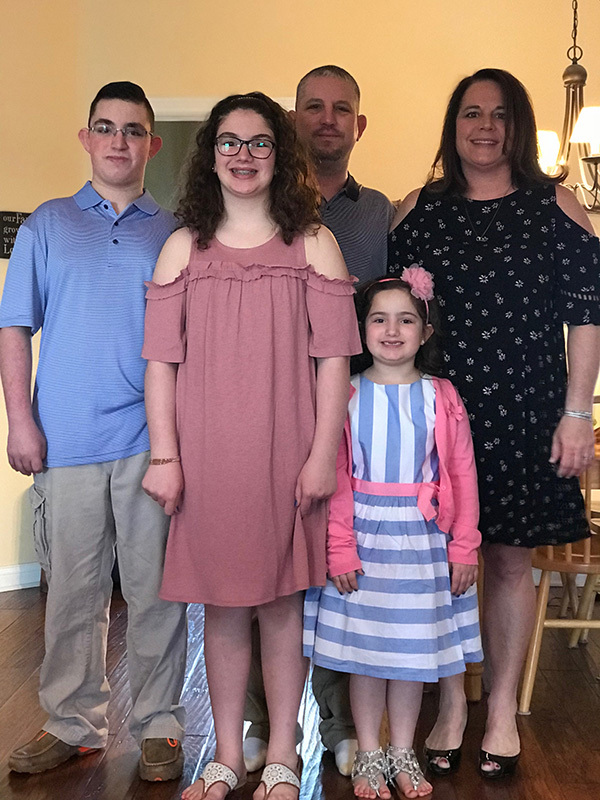 “Patients and families,” she says. “I am here for them.”

Personal: She is married to Wade and the couple has three kids:

Advice for new nurses: “You have to constantly bring to the forefront of your mind the reason you are there. It’s easy to get caught up in frustrations. But at the core, if you are doing what you want to be doing, what you love, that’s what matters.”

Why the night shift? It’s a perfect fit for a mother of three. She can see her kids when she gets home in the morning, before school. And after school until she leaves for her shift.

Her love of the PICU: “I love the diversity of the patient population. We take care of so many different types of patients. I’m constantly learning something.”