A family emergency propelled her into a career in nursing

Caity Shuck recalls the fear she felt when her father suffered a heart attack, but she also remembers the exceptional care he received from his medical team.

It was her dad’s heart attack that pushed Caity Shuck into nursing. He had just crossed the finish line at the Indianapolis Mini-Marathon when he collapsed.

Shuck, then a teenager, and her mom got word from a family friend that Todd Shuck had been rushed to IU Health Methodist Hospital. 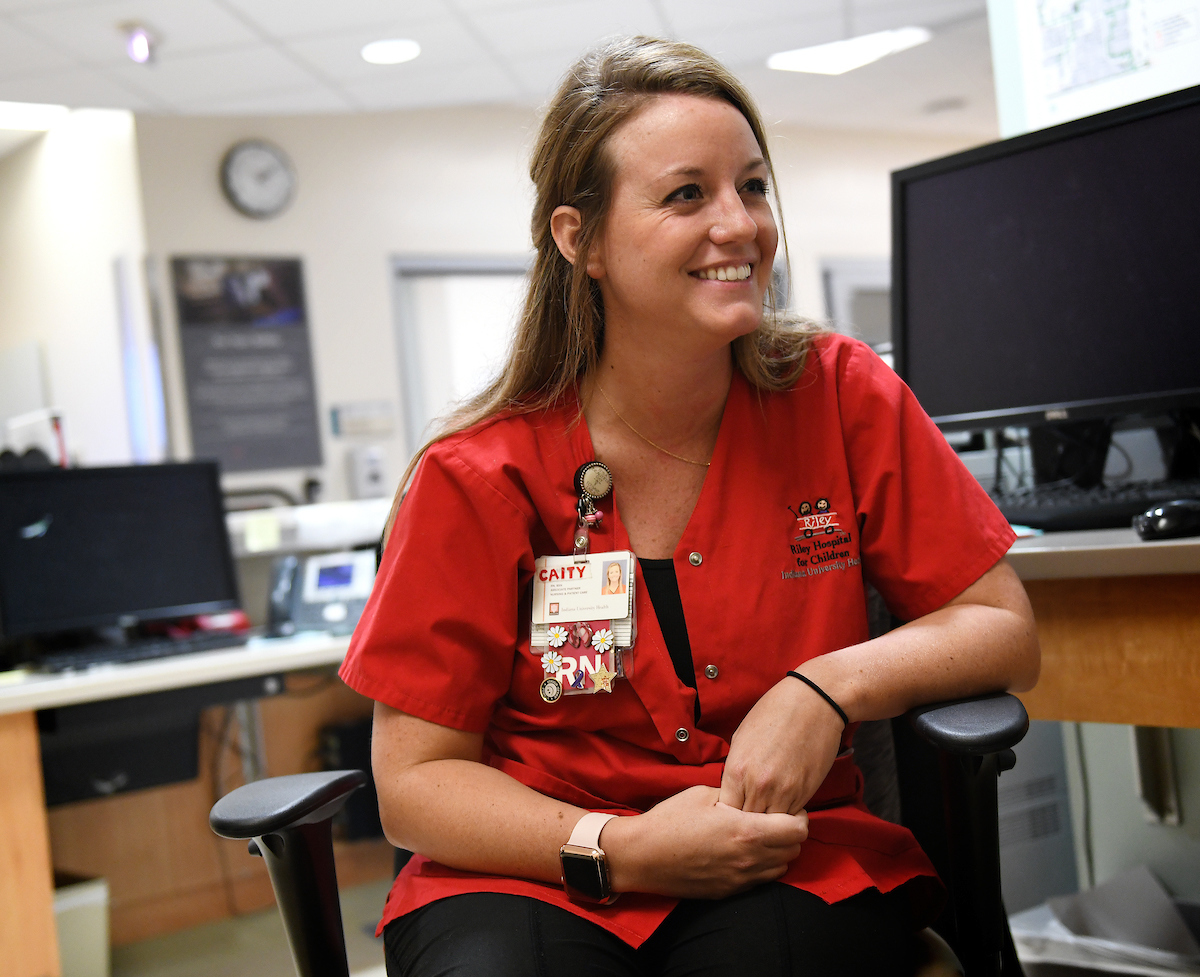 “I feel like we got here in five seconds,” the young nurse said.

Lucky for her dad, he was stricken near a Downtown fire station and medics were on hand quickly to revive him.

“They shocked him, brought him back, then it started pouring down rain. They got him in the ambulance, lost him again, got him back and took him to Methodist,” she said.

Seeing the care he received from the hospital staff moved her. “I thought, that’s what I want to do, that’s how I want to help people.”

Shuck, whose dad is back to running again, came to Riley Hospital for Children out of nursing school. She worked on 9 East for three years, but about a year ago, she transitioned into the resource pool, floating from unit to unit. She believes the training across departments and specialties will help her as she pursues her degree as a nurse practitioner. 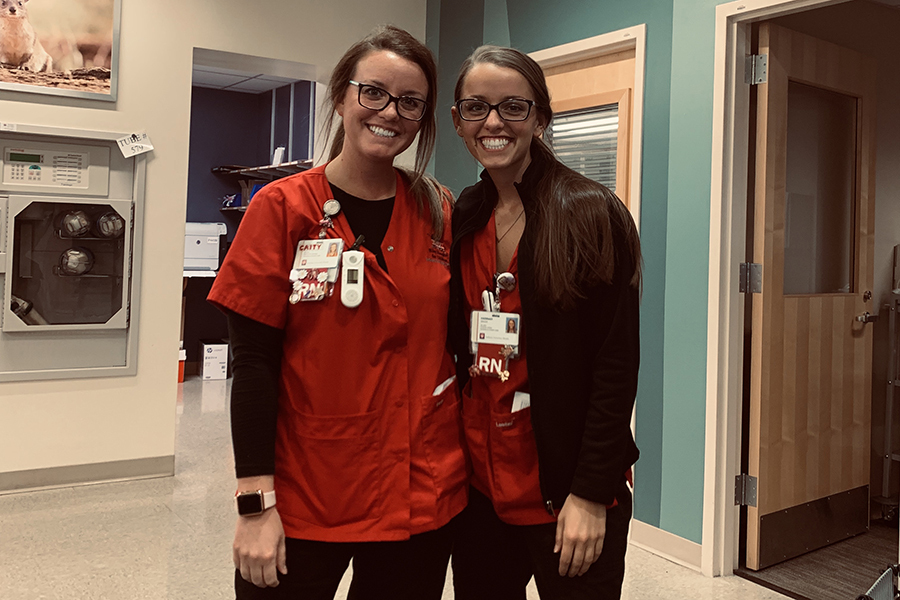 As part of the resource nurse pool, she gets a text early in the morning to tell her where to report. It might be oncology, inpatient rehab, any of the medical/surgery floors, MRI, IU North pediatrics, even back where she started on 9 East. That’s one of her favorites because she gets to work with her younger sister, who she jokes is her identical twin, even though they are separated by a few years.

“I do miss 9 East. I love all the nurses and the patients, but I still get to see them,” she said. And getting to see what other units are like, what their processes are and who their patients are is beneficial for someone who loves to learn.

It can be kind of humbling, she said, for someone who is used to being proficient at all aspects of her job, “but you just have to be open to asking questions and relying on other team members.”

“When you first take this position, you’re nervous because you don’t know a lot of people and you only know what you know, but it’s not long before you meet so many people, you feel more comfortable.”

Oncology is probably the hardest unit she has worked in, she said. “There are some strong souls up there, they see some sad things. It takes a toll on you.”

Shuck’s ID badge bears witness to her impact around the hospital. She’s been nominated seven times for the Daisy Award for outstanding nursing. Only three of those pins fit on her badge, next to a Smile Award from her old unit, as well as a Red Shoe pin (she’s been nominated three times). She recently won a scholarship from the Riley Children’s Foundation that will help her complete her master’s degree. 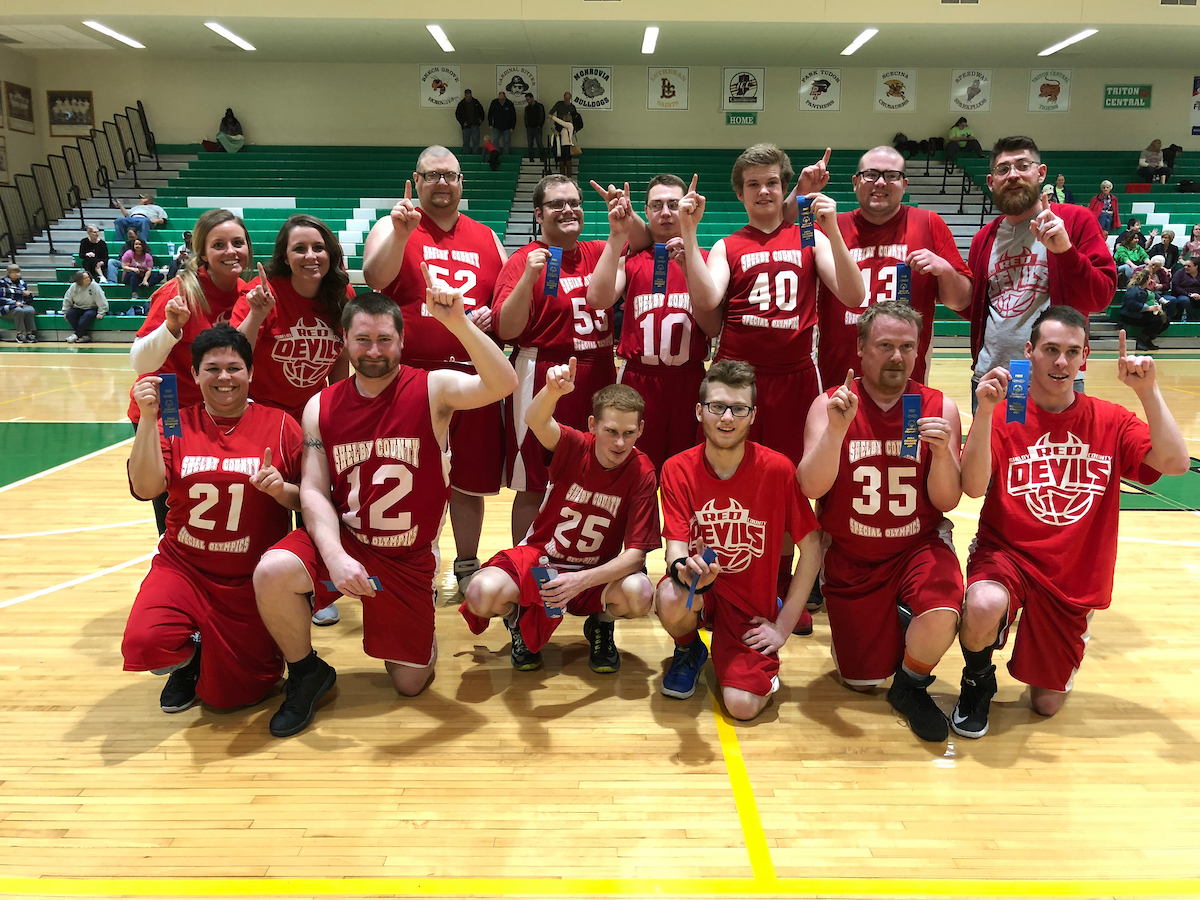 She keeps a folder at home filled with keepsakes from her work, including other awards and pictures from patients.

Outside the hospital, Shuck volunteers as a coach for Special Olympics in Shelby County. She and her older sister coach basketball and track and field together.

“We absolutely love Special Olympics and being with our special-needs athletes. All of our athletes touch our lives in different ways.”