Kali Faith Chamberlain tried to come into the world at barely 21 weeks last November. Her doctors were able to keep her inside her mom’s womb for three more weeks – still early but at least she had a chance. Now, little Kali is finally going home with her parents.

Tarissa Meredith didn’t realize what was happening when she started “leaking” a bit last December. 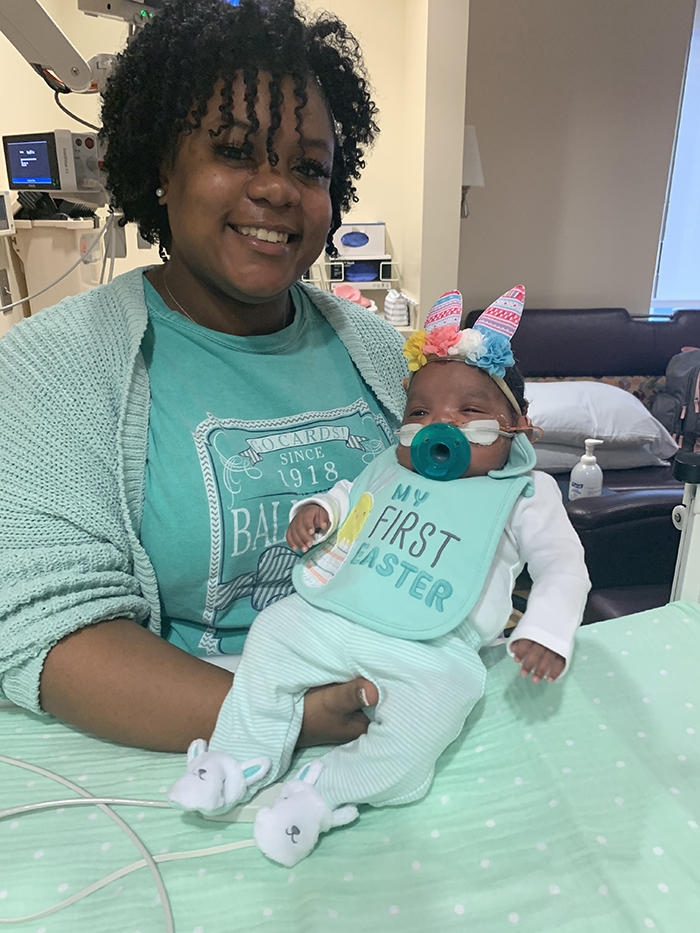 The third-grade teacher, who was five months pregnant with her first child, thought maybe her bladder was overtaxed. But when she mentioned it to a colleague, she was warned it could be something more serious, so she called her obstetrician, who advised her to get to the hospital.

That quick trip to IU Health Ball Memorial Hospital turned into a nearly four-week stay after doctors determined Meredith was leaking amniotic fluid. At that point, she was just 21 weeks and five days along in her pregnancy.

With fears that her baby would not survive such an early birth, her care team put her on complete bed rest in the hospital with her head positioned lower than her feet to allow gravity to work in her favor.

“It was a very scary time,” the young mom said. “I had a catheter, and I had physical therapy because my legs lost their strength.”

She and Kali’s dad, Kosh Chamberlain, spent agonizing days and nights at the hospital, praying that their little girl would survive. It was during that time that they came up with her middle name.

“We didn’t know when our girl was going to come or if she was even going to make it, so we felt like our faith was being tested,” Meredith said.

Thanks to the medical support, she kept that baby inside her for another three weeks and two days. Kali Faith Chamberlain was born Dec. 12 at 25 weeks’ gestation. She weighed 1 pound, 6 ounces.

“It’s a miracle I was able to keep her in,” said the 23-year-old Muncie resident. 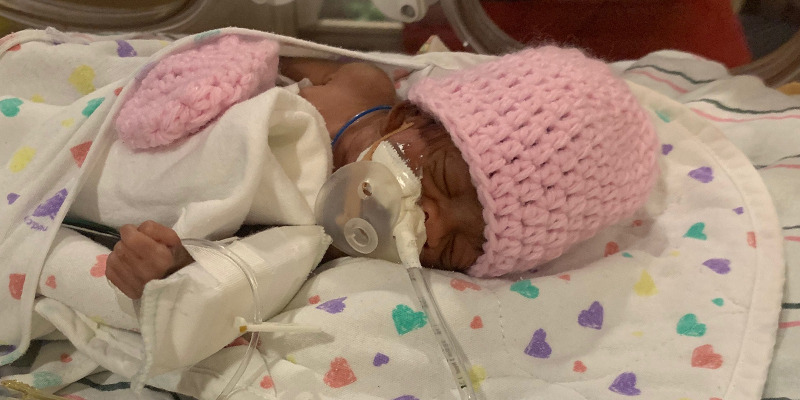 The tiny infant and her mom shared skin-to-skin time hours after her birth, but it would be a few days before Meredith got to hold her child for the first time. She wasn’t sure she wanted to.

“I was scared. I told them she’s too little.”

But with the nurses encouraging her, she took the tiny bundle into her arms.

“It was the best moment of my life.”

Kali remained in the NICU at Ball for about a month before being transported via IU Health LifeLine to Riley Hospital for Children with dangerously high potassium levels, which threatened her heart.

There was no guarantee she would survive the helicopter flight. But she showed her parents what a fighter she is. And while leaving the familiarity of Ball to go to Riley was hard for Meredith, she was grateful for the specialists who could see to Kali’s every need and for the nurses who signed up to be her primary caretakers at Riley.

Kali’s original due date was March 26, which would have fallen just after visitor restrictions went into effect at area hospitals due to the coronavirus outbreak. Her early delivery offered some consolation.

But since that time, Meredith said the infection-prevention protocols in place in the NICU prepared her well for COVID-19. The frequent hand-washing, the hand sanitizer always within reach, and yes the face masks are habits now.

Meredith returned to her third-grade classroom for a few short weeks in February and March before schools closed around the state. During that time, she acknowledges it was hard to be away from her daughter. That’s where Riley’s NICVIEW camera came in handy.

Meredith would share the live feed of baby Kali through the projector in her classroom so her students could see the baby.

Kali’s parents also took advantage of Riley’s voice recorders, which allowed them to record stories and songs for their daughter to be played when they couldn’t be by her bedside.

“I can’t sing at all, but Kali must have thought I was Mariah Carey when I sang ‘Twinkle Twinkle Little Star,’” Meredith laughed. 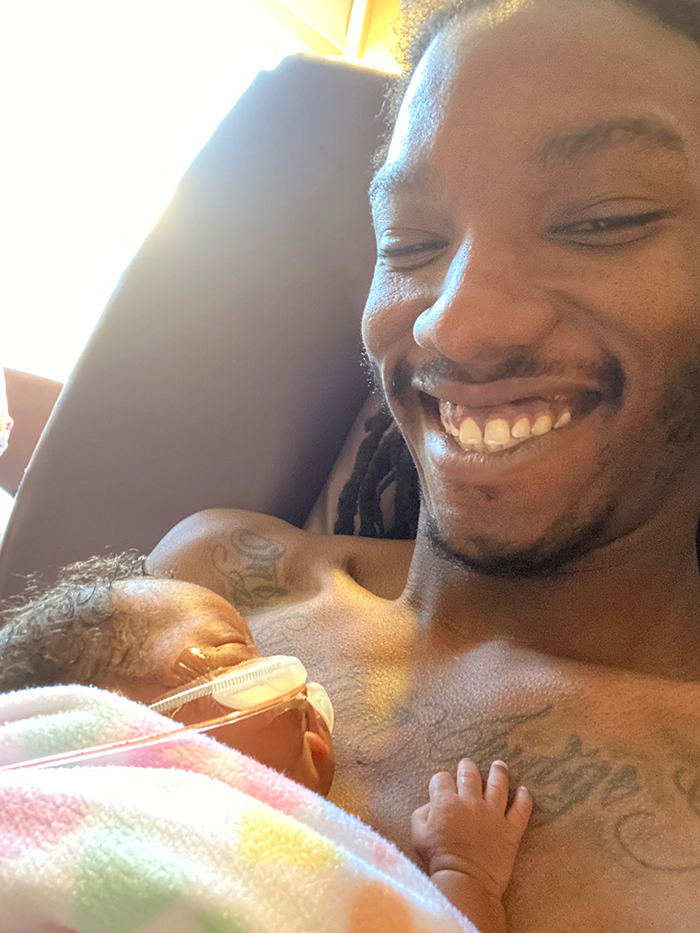 The little girl also perked up when she would hear her dad read “When Kali Grows Up,” the daddy-daughter book they had personalized for her.

In the hospital, Meredith said, her daughter was “a feisty, sassy diva,” a fighting spirit that no doubt helped her thrive. One of her Riley nurses, Allissa Kovey, agrees.

“Kali has been such a great fighter throughout her NICU stay,” Kovey said. “She started her stay with us so little and very sick, but she has overcome so many obstacles as a 25-weeker. I adore her so much. It was a joy taking care of her and her family.”

At a whopping 9 pounds and 2 ounces and after nearly four months in the hospital, Kali Faith got to go home Saturday.

Her parents are taking no chances with her amid the current pandemic. Even relatives might have to wait until her first birthday to meet her, Meredith said.

For now, they are content to be a family of three.

“We are so happy to have her home.”