He has thrown birthday parties for teen girls with cancer. He has raised money for custom-made doors and colorful walls at Riley. Robbie’s motto is ‘You don’t have to be big to make a big difference.’ He’s certainly proven that.

What Robbie’s proven is it’s not a matter of size or age. He’s changing the world right where he is. – Chuck Dietzen, M.D.

He’s walking through the halls of the hospital and it’s like some pint-sized celebrity has invaded the place.

“Hey Robbie. How’ve you been?” a nurse asks. “Now, what have you got for us Robbie?” a therapist says with a wink. Even Roscoe, the Golden Retriever who usually is by far the most popular guy around here, recognizes Robbie and jogs his way up for a pat. 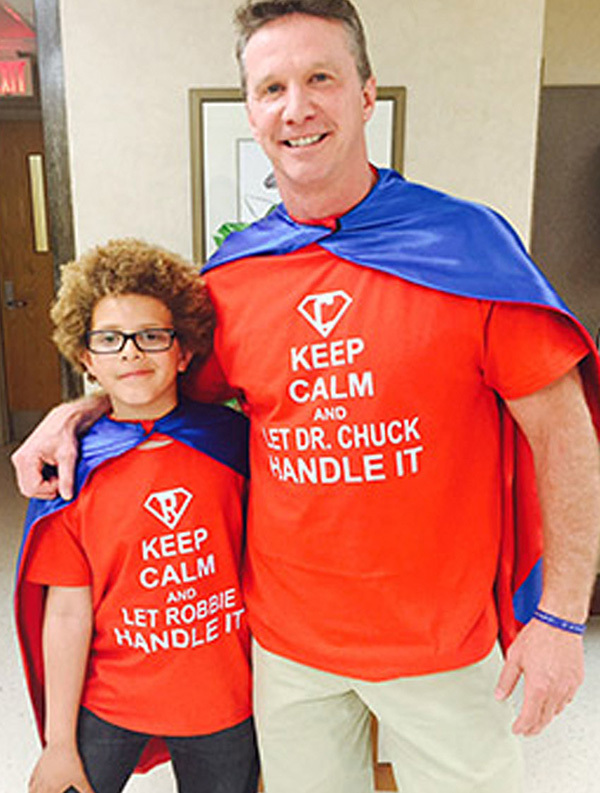 Robbie Blackwell is 9 years old. He is at Riley Hospital for Children at IU Heath this day pulling his red wagon overflowing with craft supplies, toys, socks and books. He has bead-making kits and stamps and ink and a book called “Awesome Man” to donate to patients.

“He’s awesome. Look right there,” says Chuck Dietzen, M.D., medical director of pediatric rehabilitation at Riley. “They finally did a book on him, the ‘Awesome Man.’”

Robbie smiles. He is a quiet boy, a boy of few words. But he is a boy who speaks volumes through his good works.

You see, Robbie is so well known at Riley because since he has been big enough to walk, he’s been pulling wagons of goodies into the hospital for the sick kids. He comes at least once a month, sometimes twice a month.

He has thrown birthday parties for teen girls with cancer. He has raised money for custom-made doors and colorful walls at Riley.

Robbie’s motto: “You don’t have to be big to make a big difference.”

You most certainly don’t. Robbie has proven that.

“It was my parents,” Robbie says, when asked how this whole thing got started. “They wanted to do something special when I grew up. They started it and I picked it up when I was about three.” 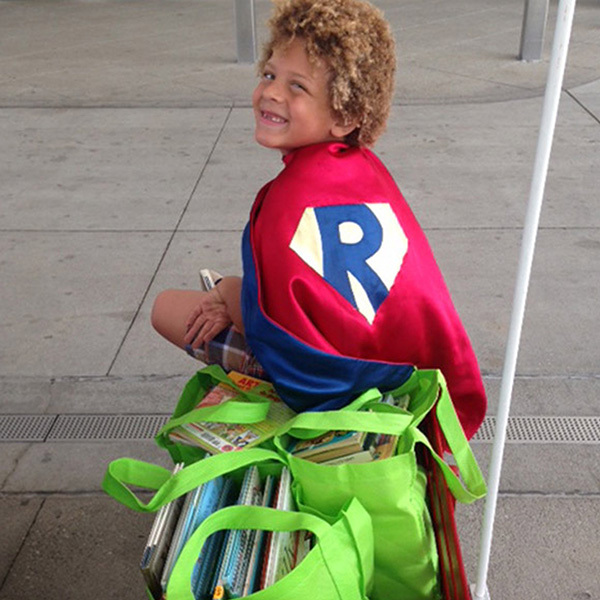 Yes. Stephanie and Rob Blackwell wanted their son to know the world was bigger than him, that not all children had it so well, that life isn’t always easy.

“He’s got a mom and dad that have been very good to point out how blessed he is,” says Dr. Dietzen (who goes by Dr. Chuck). “Not everybody is that good looking, that smart and that good of a person. We get kids here who have nothing and he makes up for it. He has a great heart.”

It started with Robbie’s first birthday party. The Blackwells’ decided they would ask for no gifts. Instead, they asked guests to bring school supplies, backpacks and clothes to give to kids in need through the School on Wheels organization.

As he grew up, Robbie watched his birthday become something wonderful, something that was more than celebrating him. He really latched on to helping others.

“He kind of took it over and it’s his thing now,” Stephanie says. “We stay out of the fray. I just drive.

Dr. Chuck is the bird in Robbie’s ear. He finds out what is needed at the hospital and goes to Robbie.

“I tell him when I want to see it carried out,” Dr. Chuck says. “I will play the Robbie card no doubt. Happy to do that.” 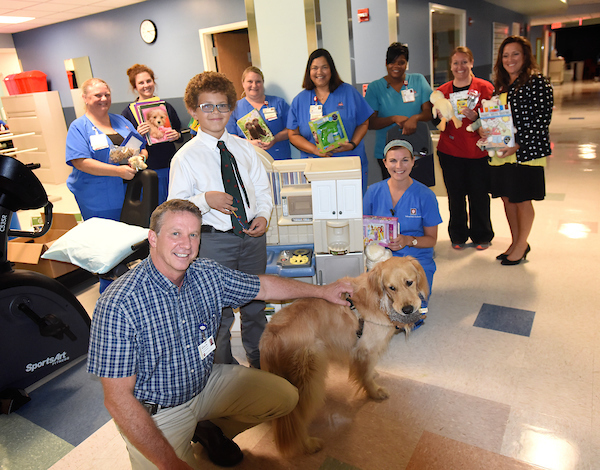 A lot of people depend on Robbie. He is known as the kid who will stand up for classmates who are bullied or outcast. He is a big community helper, dropping off goods for public service workers.

And he is the youngest person to be named a board member of Timmy Global Health, Dr. Chuck’s non-profit that tackles global health challenges.

Robbie loves it all, but he especially loves Riley.

One time, he showed up with 13 wagons full of donations. Just months ago, there was a girl with cancer at Riley getting ready to turn 18. Her wish was a shopping spree, but she was too sick to leave the hospital.

Robbie went to work. Within days, he had received donated items from the most popular teen clothing stores. He landed a pair of tennis shoes she wanted that had not even been released yet.

He never met that girl, but that was OK. He knew he had done good for her.

“I like how the children have something fun to do,” Robbie says. “And they’re really happy. (Seeing their smiles) is the best thing about it.”