Riley was breaking ground in 1987 when it treated the first tiny baby in Indiana using extracorporeal membrane oxygenation. Since then, there have been more than 900 ECMO babies, including Megan Bunch.

“It was the sickest of the sick. ECMO has been an extraordinary tool to help a large number of babies survive who, for the most part, would have died.” – Dr. William Engle, neonatologist and ECMO pioneer at Riley

Megan Bunch was one of the sickest of the sick when she was born. But her parents didn’t know that, at least not at first.

For two minutes, maybe even three minutes, there was joy. There was glee. The sound of Megan’s amazing little cry. Their 6 pound, 7 ounce baby girl was finally here. Kevin and Tracy Bunch’s first child.

But within minutes of being born, Megan started turning a bluish, purplish color.

Kevin was standing beside Tracy’s bed when, one by one, people started coming into the room at Indiana University Health North Hospital. More and more people.

“We didn’t know if that meant something was wrong,” Kevin said. “Or if that was normal.”

It wasn’t normal at all. Megan was whisked out of the room. The news that came back wasn’t good. 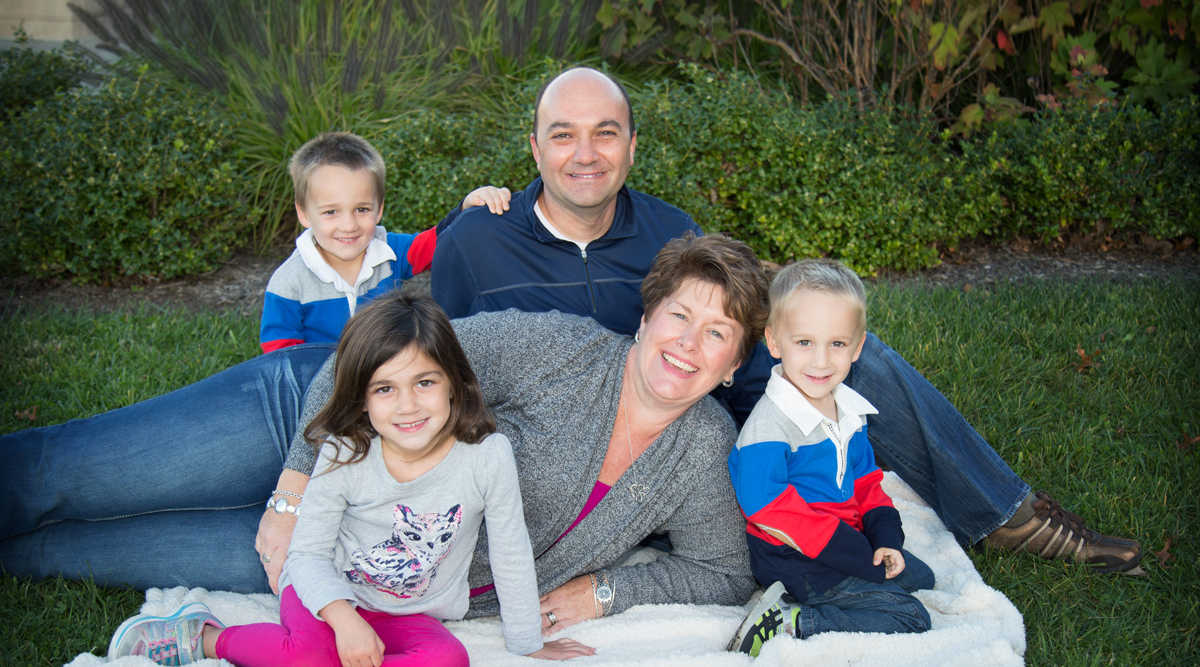 In what seemed like a blur, Kevin and Tracy had Megan baptized before she was put on an ambulance and rushed to Riley.

Tracy had to stay behind; she had just given birth. Kevin followed in his car. Megan was taken to the neonatal intensive care unit at Riley. Seven days later, their tiny baby would need surgery to fix her heart.

And after that surgery, Megan would be put on a machine that would, ultimately, save her life. A system with a long and scary name -- extracorporeal membrane oxygenation -- that had already been used on 723 other Riley babies.

It was 1985 when the team at Riley started making plans to use this fairly new medical system called extracorporeal membrane oxygenation or ECMO.

In its simplest of terms, ECMO is a series of equipment and tubes that provide heart-lung bypass support for babies who have either lung problems or heart problems that are extremely life threatening. It’s for babies who have already received maximal medical treatments.

In other words, ECMO is often the last resort.

A physician named Robert Bartlett is credited as the baby ECMO inventor. He began laboratory research in the 1960s to develop ECMO technology for babies.

By 1976, Bartlett reported the first neonatal survivor of ECMO, baby Esperanza. Over the next decade, NICUs nationwide started implementing the system. 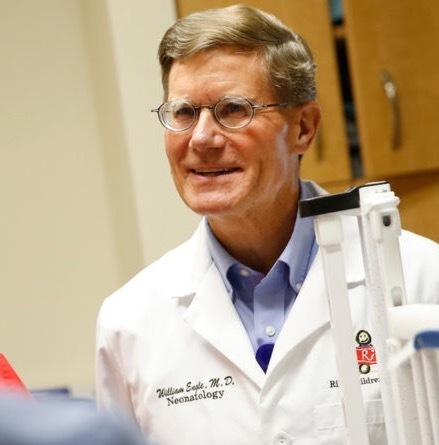 “The results of some of the studies were very, very promising,” said William Engle, M.D., a neonatologist at Riley, co-director of the neonatal ECMO program and director of clinical affairs, neonatal-perinatal medicine. “It essentially took babies who were blue, cyanotic and dying to recovery.”

They did that for 18 months, eventually working their way down to baby sheep.

“It was a bit nerve-wracking, I’ll admit,” said Dr. Engle. “All the equipment then was primitive compared to what we have today.”

Baby Cody survived and went on to lead a normal life.

And that one ECMO baby turned into 100, then 200, then 500 babies. This week, as Riley celebrates the 30th anniversary of ECMO, that number has reached more than 900 babies.

Dr. Engle and his team recently published a study that looked at children 18 to 30 who had been critically ill, with respiratory issues, and treated with ECMO.

More than 90 percent of those children are either in college or working and leading productive lives.

That, of course, was the hope for baby Megan, to survive and thrive.

She was just 7 days old and set for surgery at Riley back in 2011, a surgery that would “switch” her arteries – a surgery that seemed overwhelming to her parents. 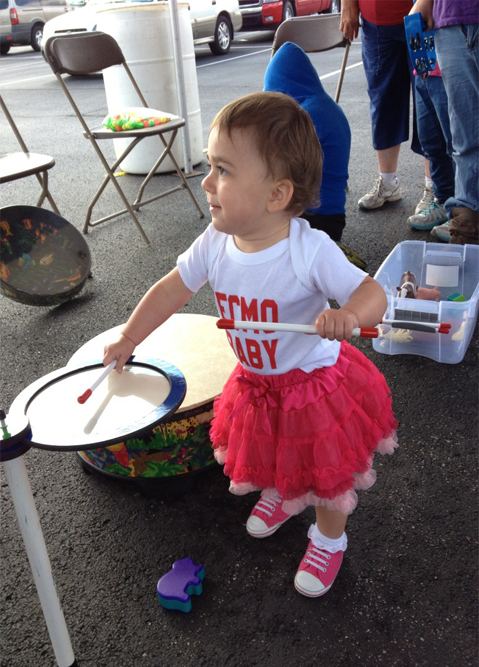 “I remember how scared he was,” said Ashley Bowling, an ECMO specialist, who was one of Megan’s NICU nurses at Riley.

The Bunches say they wouldn’t have gotten through their daughter’s medical journey without Bowling. As Megan was sent into surgery, Bowling gave Kevin a plaster mold of his daughter’s hand -- so they could hold her hand during surgery, even though they couldn’t be in the operating room.

“She made me feel comforted in a totally uncomfortable situation,” Kevin said.

As Megan went through surgery, Kevin and Tracy waited. Every hour, they were given updates, when the carotid artery got moved, when the “switch” took place.

Then came the update they never wanted to hear. Megan had been put on ECMO.

“Tracy got immediately upset,” Kevin said. “That scared me.”

After her surgery, Megan hadn’t responded the way the surgeon wanted her to. So they put her on ECMO.

“When he put her on it, initially, it was her only shot,” said Kevin.

Megan’s little heart was worn out from all it had been through. It needed to rest.

“ECMO was a chance for her heart to heal,” Tracy said.

And that’s exactly what ECMO does. It lets the baby’s heart and lungs rest and recover. And it saves lives.

Megan graduated from pre-kindergarten this week. She is 5 years old. 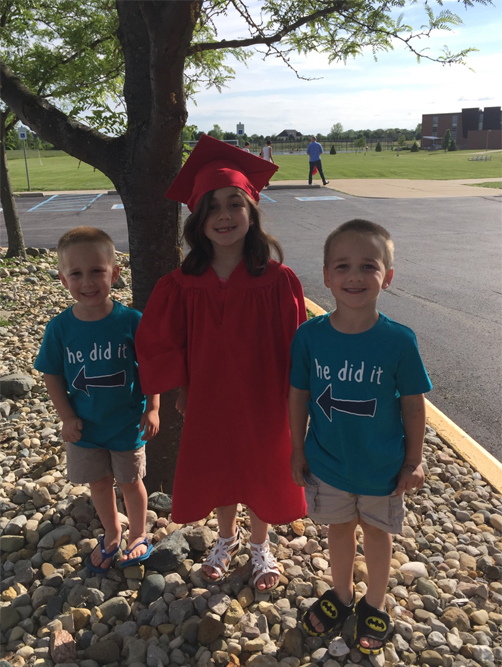 She is also an older sister, to twin 4-year-old brothers Dalton and Carson.

When she grows up she wants to be a doctor “in my doctor’s office.” She will “fix people,” she said.

Megan has a red wagon. It is monogrammed with the name Bunch, but also a number, a very important number to the Bunch family: No. 724.

I like to pretend to be the ultra-relaxed laid-back sort of mom. The truth is that I’ve caught...

When to Call the Doctor About Your Newborn

Part of the joy of caring for your newborn baby is learning his or her expressions and moods. While...