13-Year-Old Forrest’s 41st Surgery: A Kidney From His Mom

Forrest Tafflinger was born with posterior urethral valves, which caused massive damage to his kidneys. As a toddler, he received his first kidney transplant from his uncle.

The journey for Forrest Tafflinger has been a long, hard road of ups and downs, twists and turns and, seemingly, no end.

The frustrating times when Forrest wasn’t allowed to play sports – his beloved baseball.

A life, now, with dialysis every night.

Forrest, somehow, keeps smiling through it all. Giving. Paying his life forward.

“He is such a loving kid,” says his mom, Brandy. “You wouldn’t know anything is wrong.” 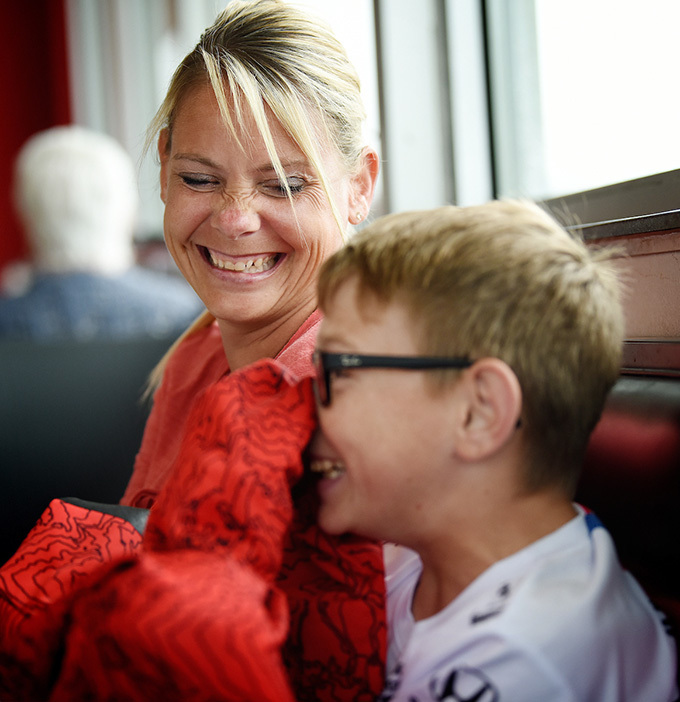 Next month, Forrest will have good reason to smile. He will be recovering at Riley Hospital for Children at IU Health with a new kidney – his mom’s kidney.

The 13-year-old Forrest has had 40 surgeries. The transplant scheduled for May 16 will be his 41st.

“He’s ready to get it over with. He’s not saying he’s nervous,” says Brandy. “He is ready to be off of dialysis.”

Forrest was born with posterior urethral valves -- extra flaps of tissue that grew into his urethra, the tube that leads from the bladder and empties urine out of the body.

The extra flaps of tissue blocked the normal flow of urine, backing it up and causing damage to his kidneys.

In essence, it caused kidney failure for Forrest, Brandy says. Ten years ago, as a toddler, Forrest received his first kidney transplant from his uncle.

Now that Forrest is older, his mom says she feels more comfortable leaving his side to donate her kidney. Brandy will be at IU Health University Hospital, while Forrest is at Riley.

About a year ago, as he waited for a transplant date, Forrest said he thought  “it was good that she would do that for me.”

Brandy looked at Forrest and smiled.

“Any mom in the same situation would do the same thing,” Brandy says. "There is no other option. It’s your child. You do whatever it takes.”